For Trinidadian author Simone Dalton, the desire to go into full-time writing emerged from grief, when her mother, Esther Dalton, died in 2010.

“She died while in Trinidad and I was in Toronto. I felt very destabilised when she died. I grew up in a single parent home and we were very close, so when she passed, I felt very untethered. What happens next? What do I do now? Who am I and who am I becoming?”

So she decided to start writing to explore her feelings.

She began attending writing courses after work, working on her ideas, and re-igniting the love for writing she first formed in secondary school. She also wanted to delve into the writing community in Toronto, so she applied to do a Master of Fine Arts in creative writing at the University of Guelph, Ontario, Canada.

She left her job in public relations to go into the programme and graduated in 2018.

“During that programme I had such a vast experience and opportunity to connect with other writers who were looking at writing as a career and build a life as a writer. It also gave me a chance to dip my toes into other forms of writing other than prose.”

There, she met and was mentored for her thesis by Trinidadian writer Dionne Brand. She learned from the acclaimed author and started to figure out her own story.

After graduating, she returned to PR for another year before moving to Boston where she has been working on her writing and teaching.

She was an adjunct professor at Massachusetts College of Art and Design, and has been an instructor at a literary arts centre, GrubStreet, since 2020. And, she has been a full-time writer for three years, working on building her career writing non-fiction and memoir pieces.

So far, her work has been published in the anthologies Watch Your Head, Black Writers Matter, The Unpublished City: Volume I, and ARC Poetry Magazine’s Islands of Influence issue.

She was a finalist for the 2018 Toronto Book Awards and was the recipient of the 2020 RBC Taylor Emerging Writer Prize for nonfiction. Also, in 2019, her inaugural short play, VOWS, was debuted at Soulpepper as part of RARE Theatre's production, Welcome to My Underworld.

Dalton said through all her literally experiences, she has been meeting very few writers who look and sound like her.

“Writing at a professional level is another industry that has been white-centric and sort of closed off to people of colour, in terms of getting them published and getting them the type of exposure they would need to have to support themselves doing this artform.

“The other thing I was observing was, other writers of colour I did meet often said to me they have been in many spaces before where they didn’t feel like they belonged, or they didn’t feel seen, or that their stories were not taken seriously.

“They didn’t have a space to share the stories of the different communities they came from. Ultimately, they were tired of being the only ones (like themselves) who went into these spaces.”

She stared thinking about what needed to change. How could she make writers who were black women and women of colour feel celebrated?

She also realised, travelling from Canada to Trinidad over the years, how much impact getting out of her comfort zone had on her writing. She noticed that putting herself into new environments without the day-to-day concerns of doing laundry, washing dishes, cleaning, budgeting, and more, helped her create.

She said all those activities took time and energy but when she got out of that space, she could sink that energy into change.

“For me, in my practice, I have noticed travel has been a very generative time. There’s something to be said about pulling yourself out of your comfort zone, where you are used to doing the work – the community you are in, your home, regular environment.

“That change of scenery, community and culture tends turn on a new pathway for me to generate new stories or help me problem solve.”

With that in mind, she wanted to create a space for women writers of colour, where they would no longer feel held back from possibilities because they would feel at home within a community.

“Once that is taken care of, then they can have the space to focus on the work itself, the craft itself, which they are well capable of doing. All of our stories matter and I want to create a space where they feel that is something they can access.”

All those desires came together, resulting in her hosting her first writing retreat, Island Scribe writing retreats. They will be hosted in Castara, Tobago for six days and five nights from May 6 - 11, and May 27 - June 1.

And, different from a residency or fellowship, there is no sponsorship. The writers will be investing in themselves and their craft.

She said while a writing retreat is not a new concept, few are for women of colour, so asked writers in her community what they would want in a retreat.

As a result, the retreat will consist of lightly structured days to support the patrons’ writing, book-ended by moment of mindfulness and rejuvenation through yoga and nature walks.

She will provide space, nutritious meals, cultural tours, and moments for reflection so they are equipped to do their best work.

As host and curator of The Self, The Writer, The Story Program, Dalton will conduct seminars, designed by herself, to make the writers ask themselves questions about their purpose for writing, their processes, and help them get to the product they desire.

“I will give them tools they could use in their writing life beyond the retreat.”

Each writer will work on her own self-directed project, and there will be group discussions at the end of each evening where they could share their work, ask questions, and get feedback from other writers.

The retreats are also designed to give the women the opportunity to experience the culture of Trinidad and Tobago. Therefore, there is an optional extension for those interested in staying in Trinidad for four days and three nights.

She described the extension as a celebration of the previous week where the women could connect with the local food, nature and writing community.

Dalton told Sunday Newsday her love of writing is connected to the way she saw her world as a child.

Growing up on Dundonald Hill, off Belle Vue Road, St James, she was an only child to an older mother. She was the only child on her road so was on her own a lot, but she was always very curious.

She said she entertained herself, observed people, listened to “big people” conversations, quietly and unobtrusively paying attention to everything and everyone as she explored and created stories in her head.

At age nine she started playing the steelpan but she had been around panyards since she was a baby. She first played with NSA (National Secretaries Association) Vibrations Steel Orchestra, where her mother was the bass player in the all-female pan side, then with Starlift Steel Orchestra.

She continued playing tenor pan with The Toronto Panatics when she moved to Canada, and met and observed many interesting characters over the years.

“I think, for me, the writing started through oral storytelling and telling myself stories about the world around me, then through school at Mucurapo Girls’ RC Primary School and St Joseph’s Convent Port of Spain.”

At school, she was exposed to creative writing and literature, which were two of her favourite subjects.

“One of my turning points was when I realised what was in my head could be on the pages of a book. That was when I was introduced to Jamaica Kincaid through the book Annie John, and the main character reminded me of myself.”

Dalton was fascinated by the storytelling, and that a black woman from the Caribbean could be a writer and have a book that was read by people around the world.

From then, the idea of being a writer stuck at the back of her mind.

While doing her A-Levels, she interned at Express’ Vox magazine, working with many other young people and those she looked up to for their craft. Despite being in that creative environment, she never thought writing could be a career as she had no examples of people close to her who wrote professionally or pursued it outside of school.

Also, at the time, her aspirations were very traditional. She wanted to be, and was encouraged to be, a doctor so she ignored the side of her that was interested in the arts.

There, she was a customer service representative but often saw the company bulletins and profiles. In that way, she was introduced to communications and public relations.

“It was a sign that writing was starting to come back into my life. I thought, who is writing these things? I could do this. This is something I would be interested in doing.”

She decided to see if she could have a career in PR and, in 2003, after four years at TSTT, she went to live with her father in Toronto and get a communications degree.

There, she attended Humber College where she got a diploma in PR and, in 2007, a degree in communications from University of Guelph-Humber.

After graduating, she worked in various industries including entertainment, government and the non-profit sector. And, by the end of her PR career, she was a director of communications.

“When I started my PR career, I had a clear goal of the position I was aiming for. But when I got to that point, through some personal development and self-reflection after my mother died, I realised my dream had changed.”

She said she enjoyed the work but she had to make a decision for herself about who she wanted to be. She wanted to be brave enough to be the curious little girl from Dundonald Hill, but this time, she would explore the world through her writing.

She was ready to use and develop her voice to tell stories and explore questions about systems in society such as colonialism, racism, sexuality, and other things that had touched her life.

Dalton’s next step in her journey is her memoir.

She said when she started, she did not know what it took to write a memoir, but she needed to examine her life, and ask some questions of herself and those around her.

She was inspired by Trinidadian cricketer CLR James and his book, Beyond A Boundary, in which he used the cricket experience to examine his life, the systems he grew up in and how much of an impact it had on him.

She said many of the issues in that book are still worth examining. She was emboldened to look at them from a more contemporary perspective, and as a black woman.

She said the memoir is in the revision stage of the manuscript but she is hoping to have another draft ready by April to hopefully send it out to publishers.

“But really, memoirs are for the writers. It is a point of discovery and real self-reflection, and then they decide if they want to share it with the world.” 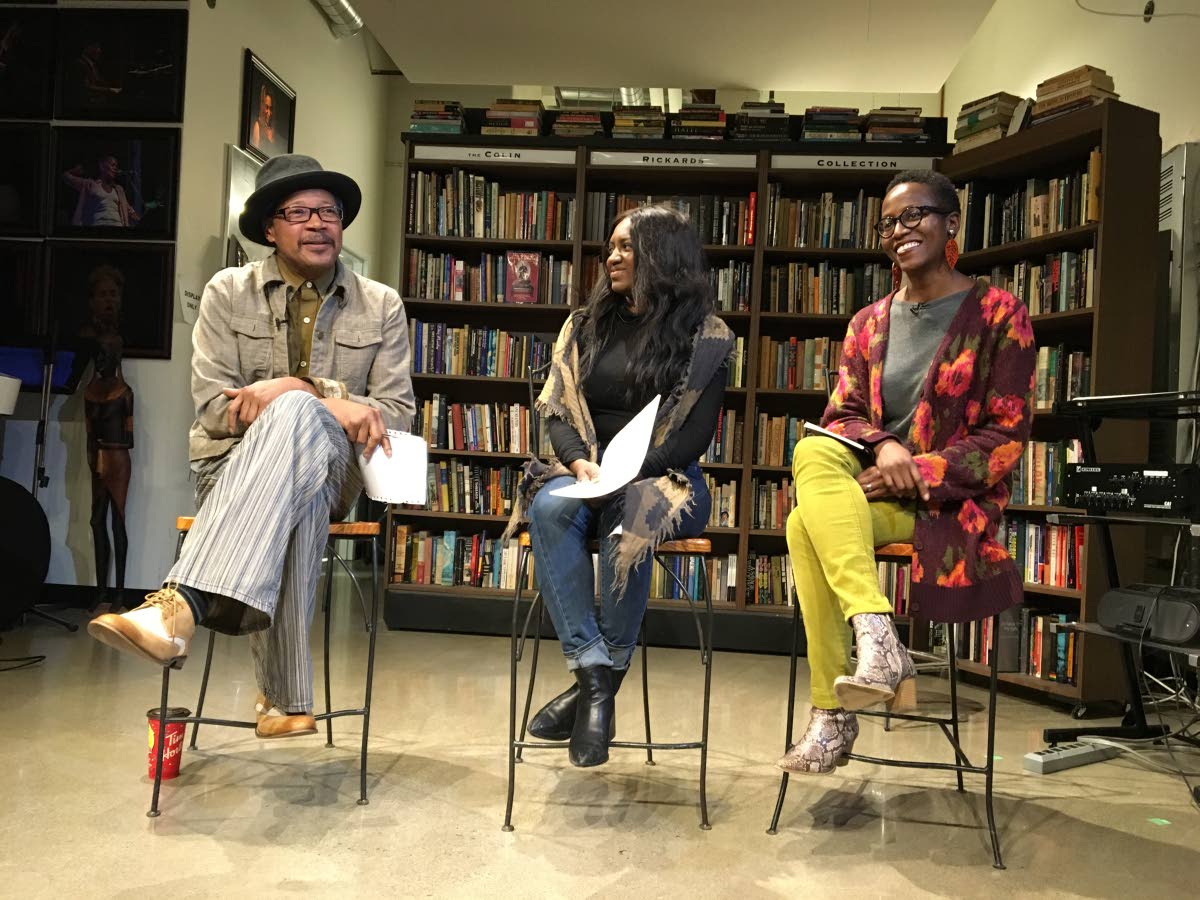 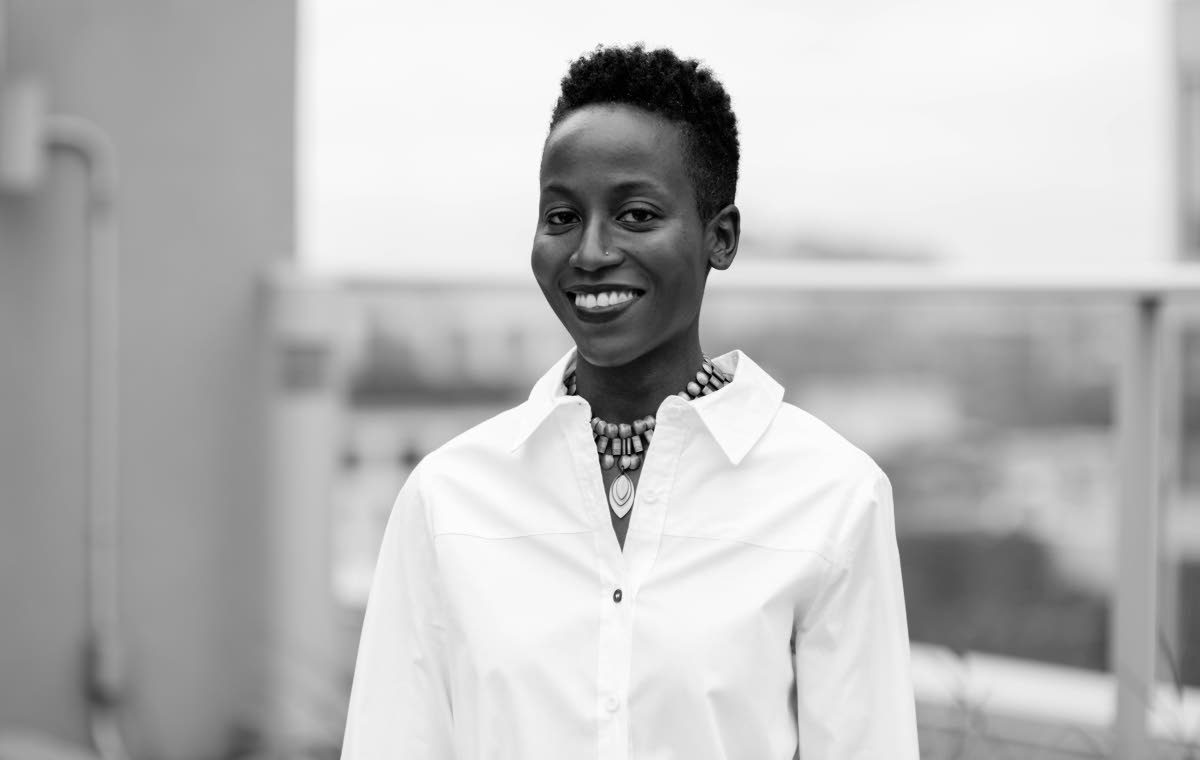