IT’S pastelle making time once more. The ingredients in pastelles bring together a diverse range of foods with origins from around the world, but the roots of this recipe are reflected by the ingredients characteristic to Latin American cuisine.

Each country has its own version using their own indigenous ingredients. The Puerto Rican version, for example, is very different to our recipe and uses dough made from grated green banana, sweet potato, green plantain and pumpkin. This dough is filled with a meat stew, typically containing some combination of pork, ham, annatto- oil, (similar to roucou), onion, cilantro, tomato sauce, chick peas, olives and pimentos. The dough and meat filling are wrapped up in a banana leaf and tied with string, then cooked in boiling water. They are usually served with a side of other holiday dishes, such as or rice with pigeon peas.

Versions of the pastelle are found in Venezuela (where they are called hallacas) Mexico (called tamales), and in TT where we fondly refer to them as pastelles.

Pastelles are believed to have been created by the indigenous Taino people in the Venezuela area. Christopher Columbus came into contact with this tribe when he sailed to the Americas. When he attempted to establish the first American colony in Hispaniola, relations between the natives and the colonists quickly deteriorated. The colonists wanted to exploit the land for mining and resources, which hindered the natives from growing food.

Although the origin may be questionable, what is certain is that no matter what country you reside in, pastelle making is a family affair. The families and extended families that do make pastelles each year, turn it into an event, or a lime, (in TT). They gather in the kitchen and form an assembly line, each with their own particular task. This would all result, at the end of a very jovial session, in many delicious pastelles which will be enjoyed throughout the festive season.

As with all traditional recipes, they are handed down from generation to generation. My recipe began with the traditional, but through the years I have tweaked it to become my own special recipe. Our culinary world encompasses so many different types of diets. You can create a variety of fillings from this recipe by changing the meat to pure chicken, fish, or veggie.

Why not create your own family tradition this year by making your own pastelles. I know for sure that you will enjoy home-made goodness, and the joy that cooking together brings to a family. 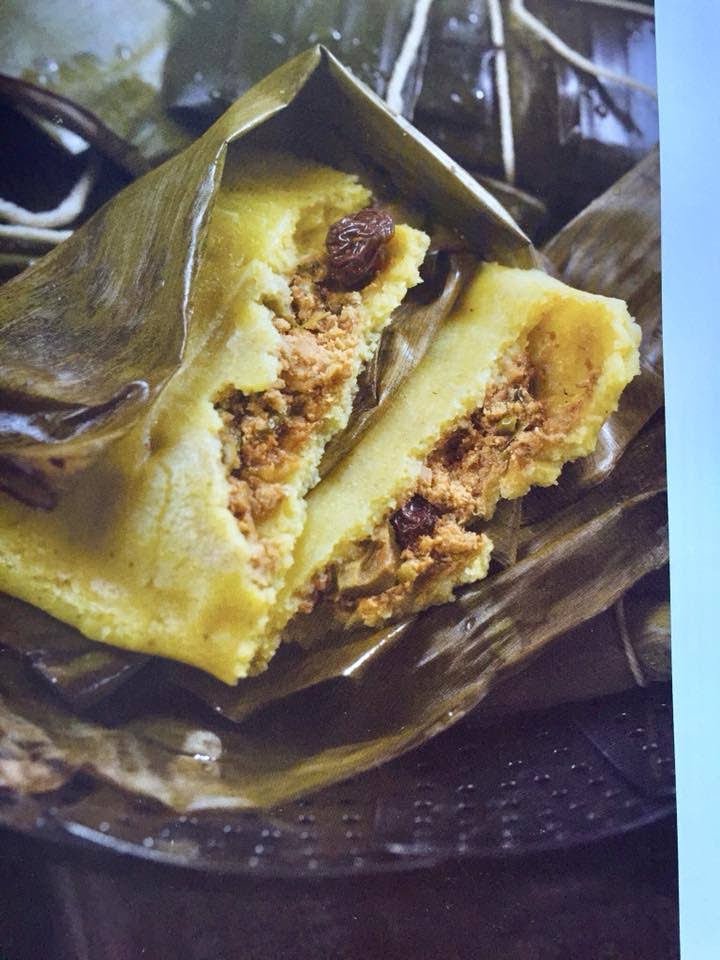 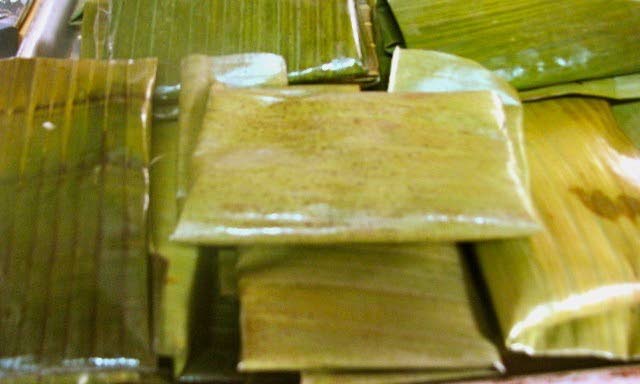 To prepare fig leaves, steam them in a large pot of boiling water for ten minutes until they become pliable and soft.

Add tomato sauce cover and simmer for about 15 minutes.

Add raisins, capers and olives and stir to combine.

Cook for about 5 minutes more, taste and adjust seasoning.

Remove from heat and cool. 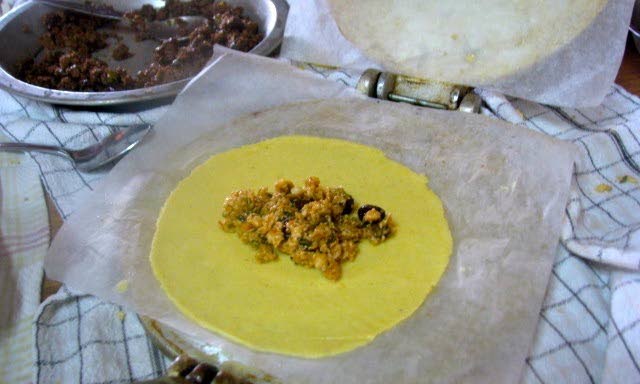 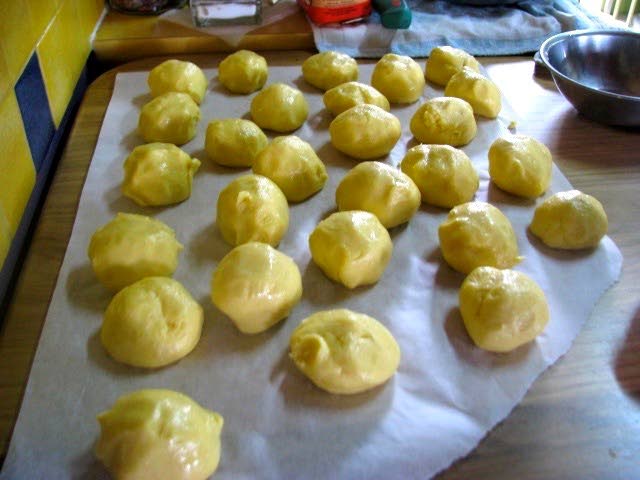 Divide the dough into 15 balls of dough.

Cover with a damp cloth to prevent drying.

Place one piece of dough, (place some oil on your dough), on a greased fig leaf, and press to an 8 -inch width.

Spoon two tablespoons filling onto the middle of the dough and fold and seal pastelles.

Wrap in fig leaf and tie into a neat package.

Steam pastelles for 45 minutes until cooked.