Carnival 2018 reaches its pinnacle tonight with the staging of the Dimanche Gras show at Queen’s Park Savannah, Port-of-Spain.

The Calypso Monarch competition is expected to be the highlight of the event with some 15 artistes, including five women, seeking to dethrone reigning monarch Dr Hollis “Chalkdust” Liverpool.

But Liverpool is likely to face to stiff competition from some of the younger contenders.

These include rising star Aaron “Voice” St Louis, who, on Friday, secured a hattrick after retaining his crown at the Soca Monarch competition with his monster hit Year For Love.

Voice, making his debut in the calypso monarch competition, will perform in position number six.

Another young contender, new extempo champion, Myron Bruce (Myron B), said he would be giving it his all.

“My chances are as good as everybody else’s own. I am coming out with all guns blazing. I would not be there to just make up numbers,” he told Sunday Newsday.

A three-time finalist, Bruce is expected to perform his nation-building song, A Great Nation, in which he adopts the role of president, to remind Trinbagonians that they are a great people with a proud history.

Former south monarch Rondell Donawa is promising a surprise in his presentation, De Problem, a song which urges citizens to closely examine themselves.

“We comment about a lot of things that are happening but we just sit back and talk on social media and don’t act. The song talks about fixing the problem,” he said.

Donawa, an attorney, said although he is quite confident, “I am just looking forward to enjoying myself and doing what I have to do to hopefully win the crown.”

Donawa said he was not intimidated by the heavyweights.

“They are calypsonians like myself and I wish them luck. But they have to look out for us young people.”

Making her debut in tonight’s final, Stacy Sobers is hoping to build on her recent success as the country’s new Calypso Queen.

She is expected to perform her social commentary Calypso Capital, which is essentially a tribute to Skinner Park, San Fernando, a traditional calypso mecca.

Sobers, who sings out of the Divas women’s tent, said she was not intimidated by the four former monarchs in the line-up.

“I think it is an honour and a pleasure to be singing on the same stage with them.”

Former Young King Helon Francis, who placed second in 2016 final, is expected to sing about the issues plaguing the country in the social commentary, Change.

“I am saying that we have a naive way of looking at change. We change governments but the country is still the same,” he said.

Unfazed by the hype, Francis said tonight’s final was simply par for the course.

“I am going to bring the same confidence that I have brought to each competition I have done in the past.”

Parsons, in his seventh Dimanche Gras appearance, said patrons can expect some surprises to his tune, Chinese Tuition.

“I have found ways to revive the song. Calypso is about entertainment, information and education and I think I have those qualities in my song. The Stinger is back,” said Parsons, a member of the Kaiso Karavan.

Lady Watchman’s manager, Kirt Sinette, said his sister was in good spirits going into her third appearance at a final.

“She believes she is as good as anyone to win the monarch,” Kirt said, alluding to Lady Watchman’s song, Dead Beat.

The Christophe Grant composition addresses the thorny issue of absentee and errant fathers.

Newly-crowned south monarch Selvon “Mistah Shak” Noel, no stranger to the Savannah stage, is also expected to make an impression with his forceful contribution, Rebellion.

In the seasoned artistes, former president of the Trinbago Unified Calypsonians Association Michael “Protector” Legerton has returned to active competition after an absence of almost a decade.

Performing in position eight, Legerton has opted for a socio-political piece, titled, We Could Do Better Than That.

“It really has to do with the state of our nation at this time and saying that we could do better,” said Legerton, who wrote the song.

He said TT was an exceptional nation “and we have to be responsible for what takes place and stop blaming politicians for everything.”

On his chances, Legerton said: “I have nothing to lose and everything to gain. It has to do with my performance on that day.”

Carlos “Skatie” James said he was pleased to have drawn position number one.

“That was perfect for me because I am doing something in my production and I need number one,” he said.

One of the headliners at the Revue, James will sing Ah Cut Back, which examines the fallout from the economic downturn, including the reduction in government subventions and corporate sponsorship.

James, in his 16th final, said he will be pulling out all the stops.

“I am aiming for a win. I think I am the dark horse in the race. But number one means I am on the right hand side of God.”

Singing in position 12, Joanne Rowley, otherwise known as Tigress, is offering a conversational, socio-political piece, Rowley to Rowley, about non-performing ministers and the social ills confronting the country.

Rowley, in her ninth appearance at the show, said she was “feeling wonderful.” 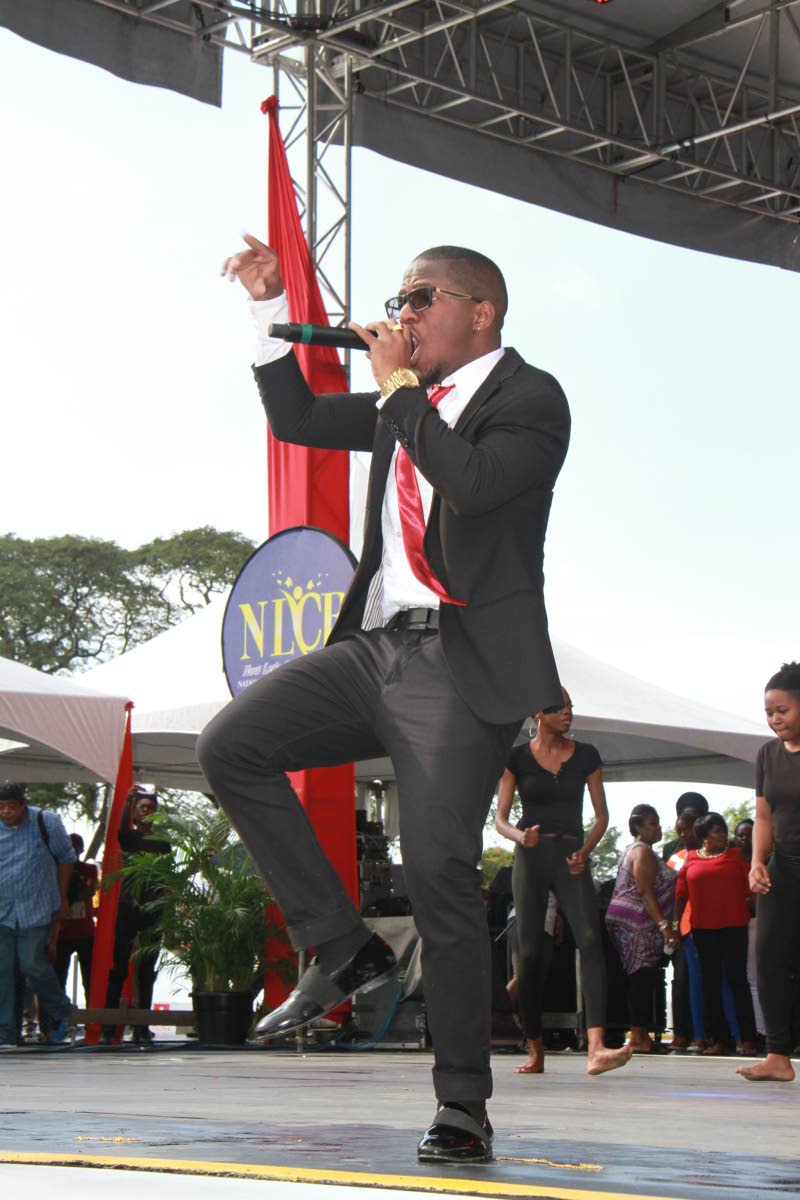 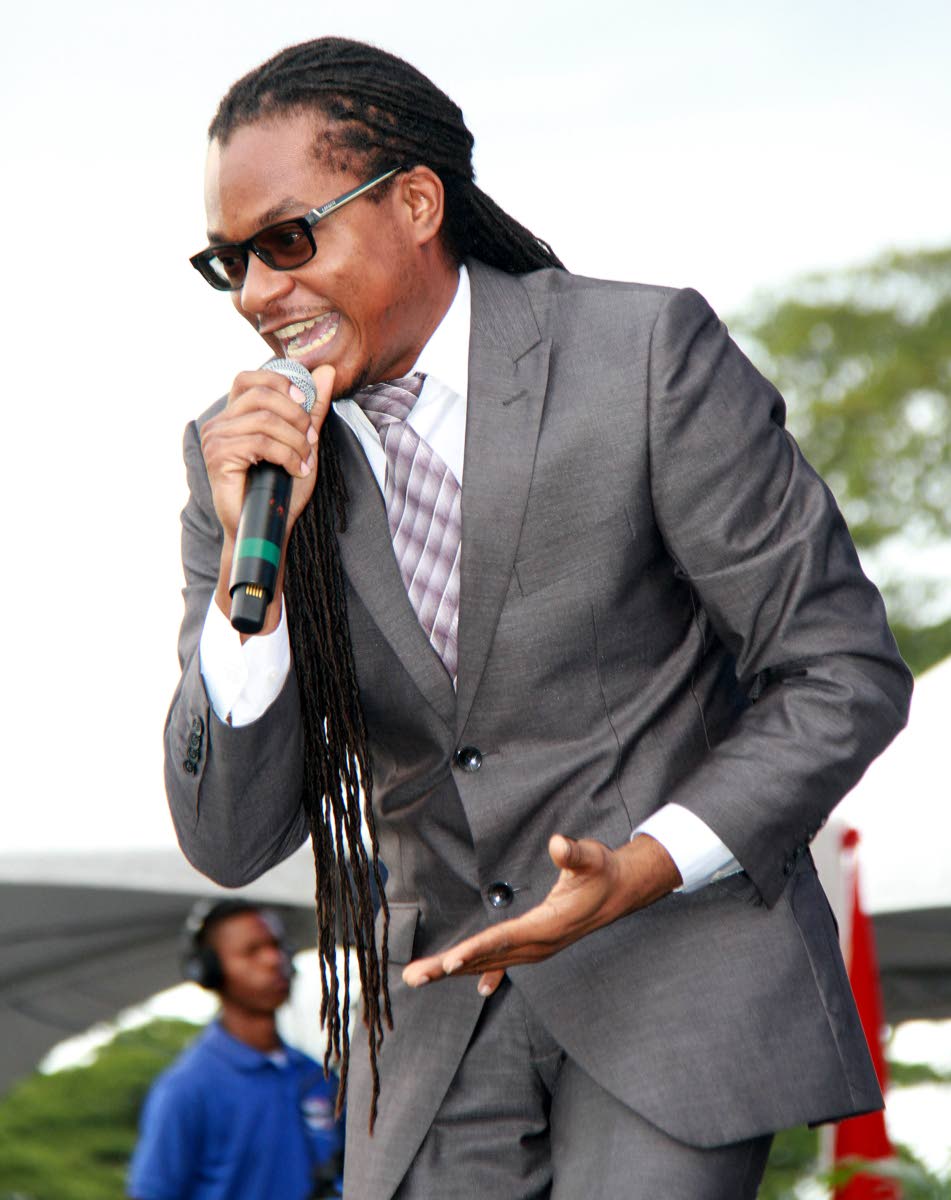