WASTE. Companies, households and individuals all produce it. But Shawn Roberts, managing director/recycling coordinator of Recycling Waste and Logistics, notes that within the waste of TT there are recyclables which could add to the country’s GDP.

Business Day spoke with him at the Trinidad and Tobago Solid Waste Management Company (SWMCOL) facility at Abattoir Road, Sea Lots from where he operates as a co-processor and exporter.

Originally from Tobago, Roberts has worked in the manufacturing sector for over 13 years in the US and Canada for companies such as Pepsi, Coca-Cola, and Kruger, which manufacturers publication papers and other wood products from recycled fibres. While living and working in the US he got involved in trading in waste material. Recycling is law for manufacturers in the US and Canada. During this time, he was able to learn from people who had been in the waste industry for more than 50 years.

While working in New York City, Roberts began to have difficulties accessing clean recyclables because most of the manufacturing was being done outside of the city. A few of Roberts’ suppliers suggested that he return home to Trinidad and set up a recycling business.

He, however, had reservations about this idea due to the high levels of bureaucracy, limited infrastructure and difficulty in accessing financing. He said some of the recycling companies in the US faced similar issues when they started more than five decades ago.

Eventually Roberts saw an opportunity start a business here and deal with other Caribbean territories, and in 2011 he began visiting Trinidad to do fact finding on the potential of the industry.

“At that time, I was hearing talk about recycling, but you were not really seeing any programmes going on,” he said.

In 2012 he began meeting with representatives from the Environmental Management Authority (EMA), different municipal corporations and the Local Government Ministry. Roberts wanted to understand the key players as well as the chain of custody of waste material. He recalled Anthony Taitt, then-SWMCOL CEO, approached him about analysing some key waste data from September 2010. From this exercise he gained a lot of vital information on how to establish a proper framework for recycling.

From 2012 to 2013 when recycling programme Plastikeep started a plastic recovery programme in the North West, Roberts spoke with officials of the programme to determine what other working relationships could be established. He said, however, Plastikeep was interested in educating and collecting, while he was trying to sell the idea of processing the material as well.

“But we realised that wasn’t of much interest to them.”

Plastikeep, he said, ran into some problems when the operator who was processing their material closed operations and the company was left with a lot of material to move out of the country. He said smaller operators were unable to move the bales of plastic and he and his wife, who had relocated to this country to set up a recycling business, stepped in and moved the material using his foreign contacts.

Working with Plastikeep they embarked on a pilot project for the 2014 Carnival season collecting plastics. They were able to fill three 40-foot containers with post-consumer plastics, or plastics that were used and ready to discard.

From the facility at SWMCOL bale materials for recycling is produced for export and small recycling company, Recycling Waste and Logistics deals with most plastic grades, aluminium cans, office paper, cardboard and styrofoam. The company is also doing a volume study on Tetra Pak, the material used for beverage boxes, and is looking into equipment to recycle fluorescent bulbs.

In 2015 pilot testing recycling programmes were set up in communities, among them Cashew Gardens, Enterprise, Chaguanas, parts of Chase Village, Charlieville, Couva/California and some minor testing in some communities in the east. Roberts said because his company recycles for some local bottlers and multi-national corporations, he encouraged the staff of these companies to bring recyclable material from home. Electrical equipment supplier Warren-ECM and the Finance Ministry’s Board of Inland Revenue buildings were involved.

He said when neighbours of these staff members saw them separating recyclables from their garbage they became interested as well.

“So that’s how we started leveraging with the EMA iCARE programme, so when we distribute our purple bags EMA told us they can place it in our bins because it is still coming by us to process.”

Roberts said more programmes can be activated once the assurance of production capacity improves. He explained one of the things to be considered when developing a recycling framework is the country’s road network, which involves a study of the routes and the traffic situation to better be able to capture material from sources.

He said his company plans to expand to Tobago as well to do curb side collection of recyclables.

Roberts said the local recycling industry is in the creeping stage because recycling depots nationwide do not have a truck scale. He explained a truck scale would weigh containers and load trucks, giving an idea of the cargo of goods. He said this is an efficient way to collect data and stressed one of the most important things in recycling is data collection and management.

“You have to have relevant data to be accountable to the public.”

He pointed out that the Tobago House of Assembly operates the Studley Park landfill and it has a truck scale. He was surprised to find there was not one in Trinidad.

He said for a recycling industry to succeed it requires transparency and all stakeholders involved must have a collaborative approach.

“All stakeholders must have one voice. Right now in the public domain there are many mixed messages.”

Roberts said not everyone has the knowledge and experience in the industry and he is trying to set up a framework that can influence proper legislation. He said one of the key things for the industry is having the same goals and objectives and a steep learning curve.

“The industry is very dynamic. On a daily basis I have to deal with changes to market demands.”

Asked about the level of waste locally, Roberts said there are various numbers circulating but it is more “guestimates” than estimates. There are tools required to generate and capture data, but because of a lack these tools, such as truck scales, there is difficulty in quantifying how much waste is generated in the country.

Roberts said he does not get paid by SWMCOL and only receives money for exports. He said there are costs for pickups and maintenance and in this industry, one has to be frugal. Roberts stressed that a successful recycling industry requires correct equipment to produce commodities both for domestic demand and export. He warned against having companies pay for the recyclables they collect, and he has seen a lot of companies in US collapse because of this.

He said some stakeholders, environmentalists and NGOs may claim the industry is not sustainable and not profitable.

“We say that is wrong. If it was not profitable other countries would not be recycling.”

He said recycling has a lot of potential and can be one of the new industries that contribute a high per cent of GDP. He added to really cover Trinidad it would require more depots and facilities.

He said the State’s role is to nurture the industry which is in the infancy stage, and one of the key ways to do this is through legislation. Roberts suggested even before the legislation they should have pilot test programmes to ensure the proper infrastructure has been established. 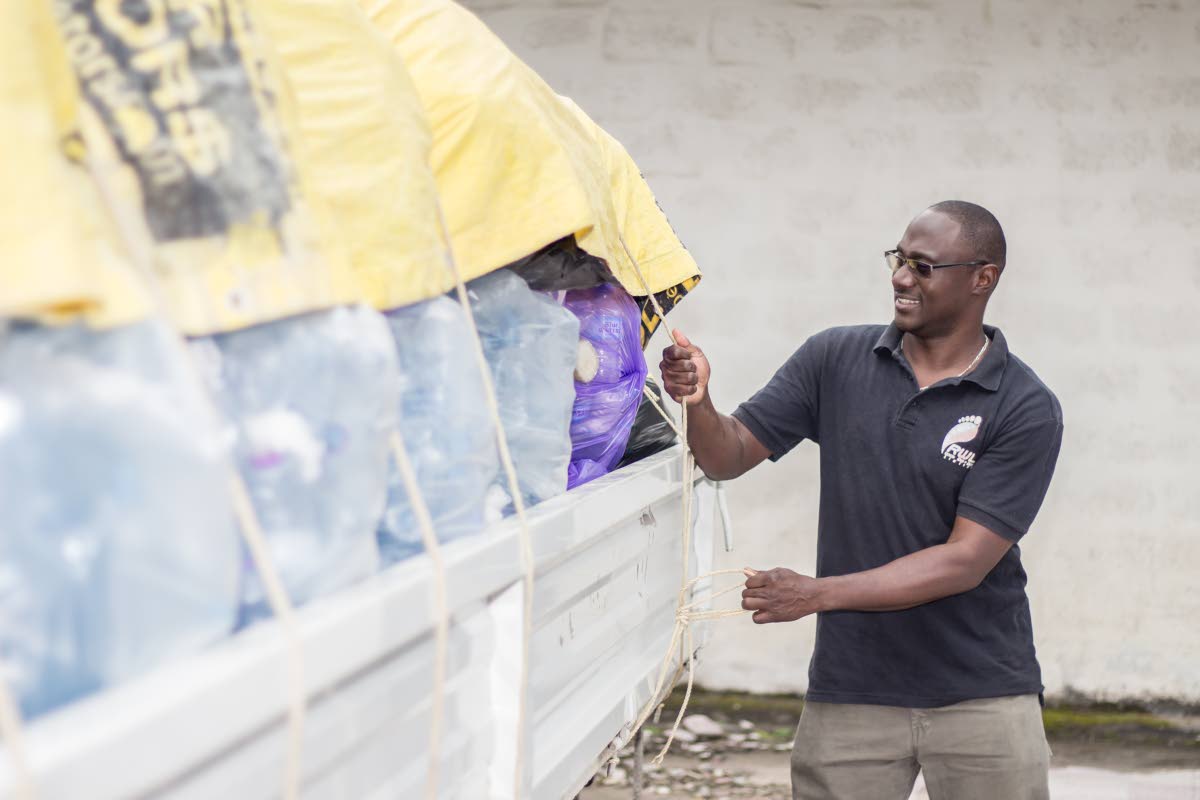 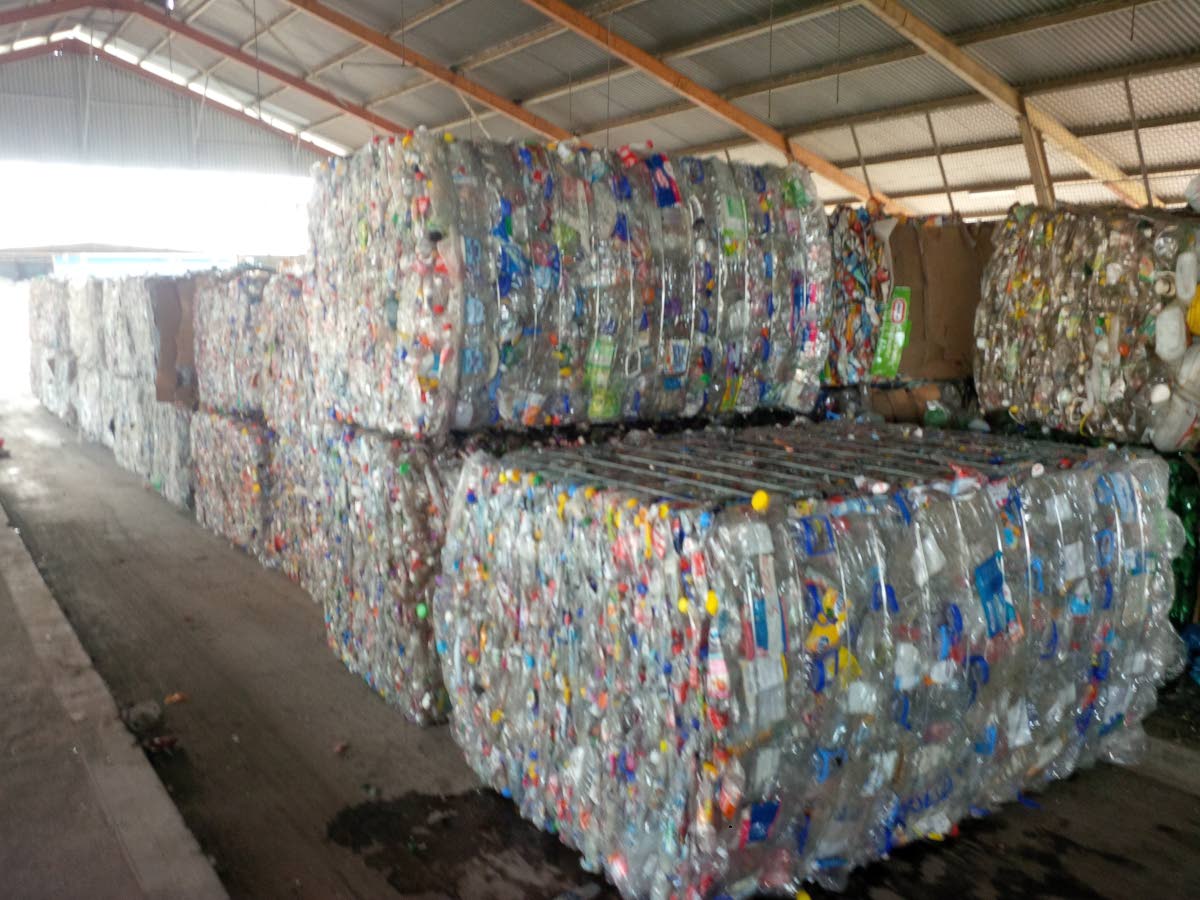 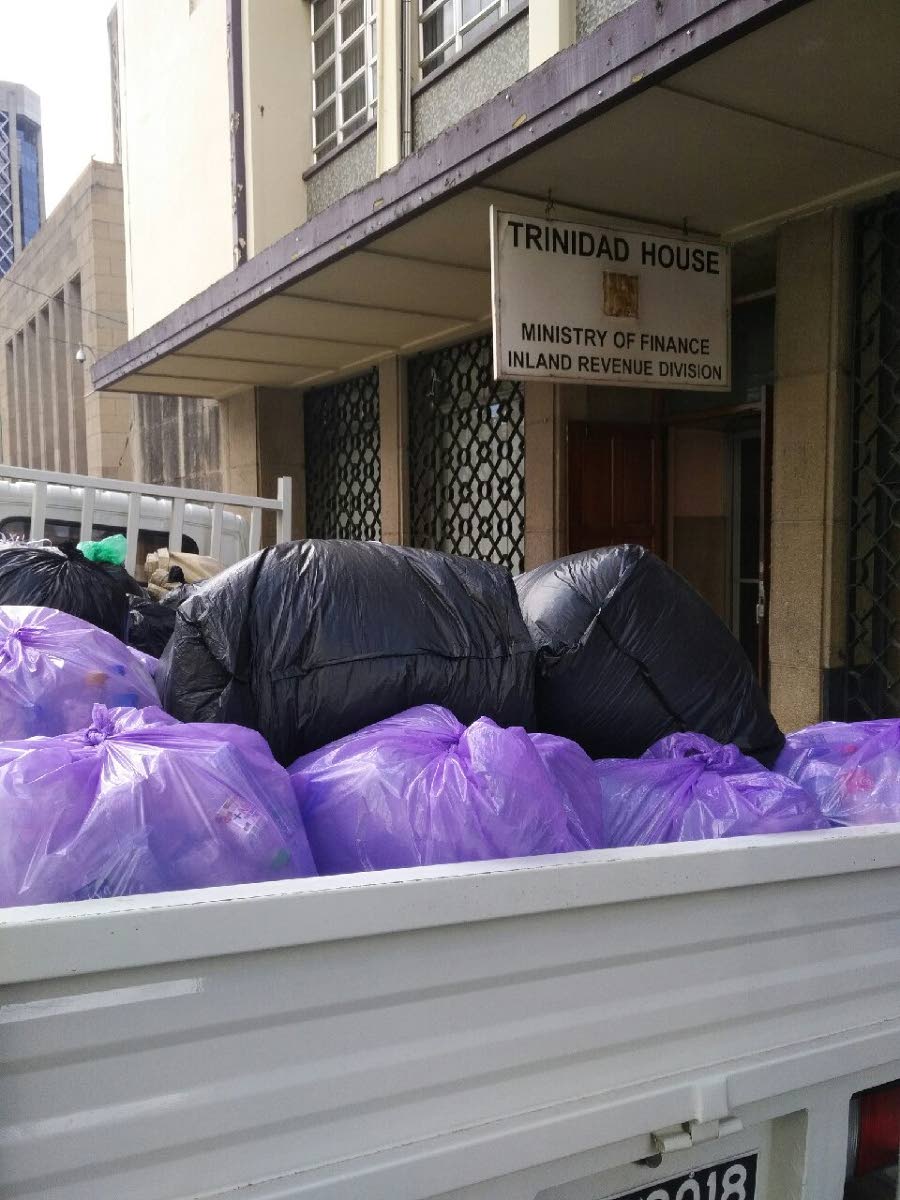