The TT Field Naturalists’ Club has summarised events reported in the media during 2019. There are likely to have been many more which went unreported.

Destruction of natural habitat continues to be the biggest threat to the environment in TT.

Starting off the year was the news that Sandals had decided to pull out of the plan to construct a resort in Tobago.

Serious environmental concerns had been expressed about the development, including the impact on water quality and consequent damage to the already badly-deteriorated Buccoo Reef.

In Trinidad, officials shut down two illegal quarries at Vega de Oropouche in January. Two people were arrested on the first site. At the second, in Five Acres, four excavators were found but no one was present. All equipment and tools at both sites were seized.

Apart from illegal quarrying, squatting is the other major environmental issue in northeast Trinidad. The Minister of Agriculture, Land and Fisheries has said that along the Valencia stretch alone, 2,660 acres have been overtaken by squatters. A decision was made to remove these lands from the forest reserve and distribute leases to resolve the squatting issue. In exchange, new acreage will be added to the forest reserve to compensate for the area lost.

In March, the minister said farmers had destroyed over 300 acres of forest reserve in Tableland, Ecclesville and Navet and other parts of south Trinidad to plant crops such as pineapples. In the case of Tableland, rogue farmers have been identified and are expected to be charged. The minister has also ordered an investigation into the failure of the Forestry Division to deal with squatting in the forest reserves.

With elections in the air, the Opposition leader was reported in April to have proposed the construction of a road connecting Mayaro and Moruga to Cedros in order to boost tourism, with Edwards Trace upgraded to a major road to connect Guayaguayare and Moruga. The plan also appears to involve a coastal road running through the foothills of the Trinity Hills, but this could not be confirmed from news reports.

Nature Seekers has again raised concerns about illegal quarrying near the Matura beach. In some places, it is said to be just 100 metres from leatherback-turtle nesting grounds.

Concerns continue to be raised about the construction of the proposed billion-dollar Toco port, which has the potential to negatively affect the area’s natural environment, including the Grande L'Anse coral reef. Questions have also been raised about the potential impact on sea-turtle populations in northeast Trinidad. The Mission beach nesting site, for example, is approximately 500 metres from the proposed port.

The economic viability of the project has also been questioned. The planned facility proposes to have parking for at least 150 vehicles, a wastewater treatment plant, site drainage, access roads, and a bridge entrance. Development will include dredging, piling and other marine activities.

Turning to pollution, a study out of the University of TT and the University of the West Indies has claimed seafood harvested from heavily-industrialised areas off Trinidad’s west coast presents “a high cancer risk to the human population.”

The study warned that the wet-season cancer risk was generally higher than the risk for the dry season. Near-shore sediment posed a greater cancer risk than offshore sediment owing to the higher concentration of polycyclic aromatic hydrocarbons. These are hydrocarbons – organic compounds containing only carbon and hydrogen – that are composed of multiple aromatic rings.

The government announced a ban on importing Styrofoam products from January 1, 2020. Additionally, local Styrofoam manufacturers will have to include additives to make their products biodegradable. It should be noted that there are international concerns over the safety of certain chemicals used in so-called biodegradable packaging, and questions have been raised on whether the packaging will actually degrade as intended.

Turning to wildlife matters, in January images began circulating showing a man with a dead Brazilian porcupine and, later that month, the severed heads of two red howler monkeys in the Mayaro area. In February, a video surfaced showing a man chopping and cooking an anaconda. A man from L’Anse Mitan Road, Moruga was arrested after he was found with a sloth, a capybara, four Hahn’s macaws and a capuchin monkey. In a newspaper later that month, a self-described poacher in Felicity reported that hundreds of scarlet ibises had been killed and sold at five for $200. Even the visiting flamingos are targeted and sold for $400 and up.

May was a busy month for breaches of the wildlife laws. First a 27-year-old fisherman from Icacos Village was arrested after La Brea police stopped a vehicle at Southern Main Road in Rousillac and found six yellow-footed tortoises. He was fined $3,000. The man admitted that on a prior occasion, he sold a tortoise for $300.

Amazingly, the same man was charged again in December with possession of four blue and gold macaws, four yellow-headed parrots and a capuchin monkey.

Also in May, a 23-year old Diego Martin man was arrested after he tried to sell ten yellow-headed parrots and six white-eyed conures via his Facebook page. Meanwhile, an Arouca man was held with six yellow-crowned parrots and two blue and gold macaws as he tried to sell the birds at Trincity Mall. Finally, a smuggled jaguar cub was surrendered to the Emperor Valley Zoo.

In September, several cats were found dead at the Caroni bird sanctuary, possibly the result of an attempt to eradicate the stray cat population thereby poisoning. Unfortunately, in addition to the cats, a yellow-headed caracara, a tegu and a crab-eating raccoon were also found dead. Stray cats are very problematic at the sanctuary, as they kill the native wildlife, and they need to be removed. Poisoning, however, is not advised.

In related news, the Ministry of Agriculture, Lands and Fisheries said a new visitor centre will be built at the sanctuary. Agriculture Minister Clarence Rambharat said, “The existing facility is outdated, that’s why we have done nothing. We want to take it down completely and build a completely new structure.”

In October, the ministry said law-enforcement officers had seized “a significant amount of wild meat carcasses, most likely from South America, destined for sale to unsuspecting consumers locally.” The minister cautioned wild-meat consumers that they could be possibly buying decaying carcasses from Venezuela which, when eaten, could result in illness or even death.

In November, a 39-year-old police officer in Tobago was freed of charges related to the possession of wild meat. He had been arrested in April 2015 and charged with illegally having 17 iguanas at the Cove industrial estate.

In December, a female jaguar was surrendered and transferred to the Emperor Valley Zoo. The ministry said a pair of jaguars had been smuggled into the country and were being moved around from location to location. The male is believed to have died.

Turning to marine mammal news, a dead dolphin washed up at the Grafton beach in July, and a melon-headed whale washed ashore in Argyle in September. In November, an Atlantic spotted dolphin was found at Manzanilla. A dead spinner dolphin was also reported during the year.

In some good news, a previously unknown species of colubrid snake, which was encountered by researchers in 2016 in Tobago’s Main Ridge forest reserve, was formally described in 2019 as Erythrolampus pseudoreginae.

Several notable changes were made to the country’s wildlife laws in 2019. Most significantly, the Conservation of Wildlife Act was amended with a ban on the hunting of all waterfowl, a ban on hunting iguana in Port of Spain, and the listing of capybara as a pest. The changes mean that the only birds which can be hunted are the orange-winged parrot, the pre-existing pigeons and doves, and the black vulture (corbeau). Amendments were also made to hunting regulations for iguanas, limiting the hunting period to October 1-December 31.

The government also increased several fines for breaches of the Conservation of Wildlife Act. Anyone caught hunting during the close season, hunting in a game sanctuary or hunting protected animals (regardless of season), could be charged up to $10,000 or jailed for up to three months. In February, the ministry said consideration was being given to declaring the red howler monkey and white-fronted capuchin environmentally sensitive species.

To close on a positive note, in July Fishermen and Friends of the Sea (FFOS) began its legal challenge to the unfortunate policy decision of the Environment Management Authority to prevent members of the public from copying more than ten pages of an environmental impact assessment document. Previously, the public was allowed to copy the full document. FFOS is challenging that policy on the grounds that it violates the Environment Management Act, the Freedom of Information Act and the Copyright Act.

As a nation, we must continue to remain aware of our collective impact on our country’s limited natural resources, from the trees to the streams. We must hold ourselves accountable for keeping TT the ecological wonder it is for generations to come. 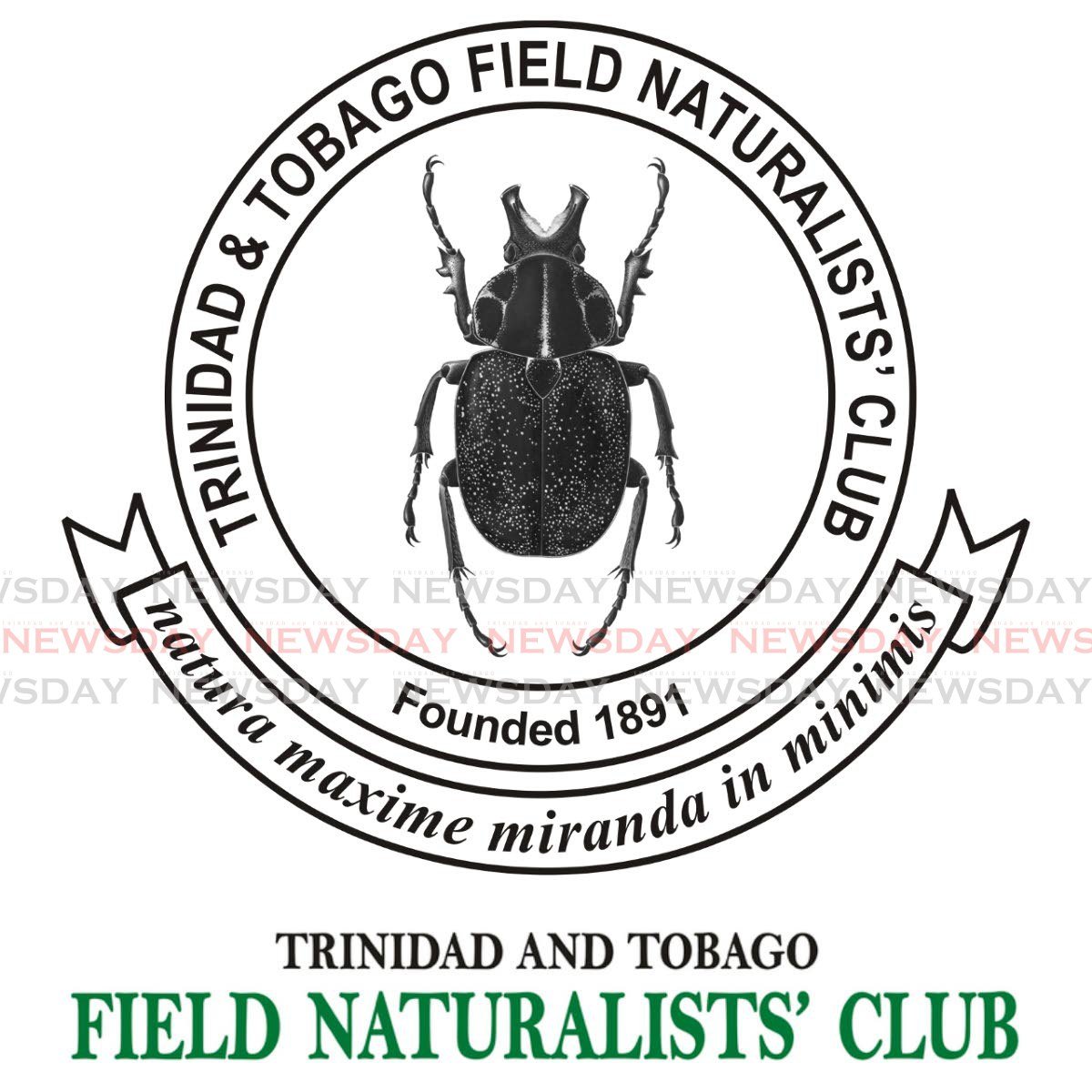