POLICE from the Anti- Kidnapping UNIT (AKU) have now intervened in the case of missing 24-year-old father of two Shane Ramjattan.

Ramjattan, 24, of Rochard Road, Penal, was last seen liming at a bar near his home on Wednesday night.

On Thursday morning the company van he had been driving was found abandoned in bush on Rock Road in Moruga.

There was no sign of Ramjattan. Police found his cellphone and shoes in the van.

A police report said Ramjattan was last seen by his father Ramesh Ramjattan. The two limed together until Ramesh began feeling sleepy. He left the bar and went home.

But Ramjattan stayed. He did not return home.

His mother Radica Ramjattan told Newsday that when she went to her son’s room that night, he was not there.

“I thought to myself probably he probably decided to sleep over by a friend. But the next morning he was not there also.”

The worried mother said she called her son, but the call was forwarded to voicemail.

“I thought his phone battery was dead so I left a voicemail and asked him if everything was okay. He did not call back as he usually does.”

The mother of two said she then got a phone call from her son’s employer, who said he had not shown up foro work on Thursday.

“My son works as a salesman and delivers the company’s products such as coconut water and juices.”

She said she knows something is wrong.

“Someone took my son, I just know it.

"They found the van he was driving in the bushes. Why would his van be there? Why would he leave his shoes in the van? He does not know anyone in that area and he had a business going there.

"Someone took him and I am just hoping they don’t harm him.

"I have not been able to sleep since. I just want my son home.”

Eyewitnesses at the bar said Ramjattan had won a large sum of money from a roulette machine at the bar. He also had money on him which he had collected from work. Investigators suspect he may have been robbed and abducted.

On Friday police with a K9 dog searched the area where the van was found, but after several hours they left without finding anything. 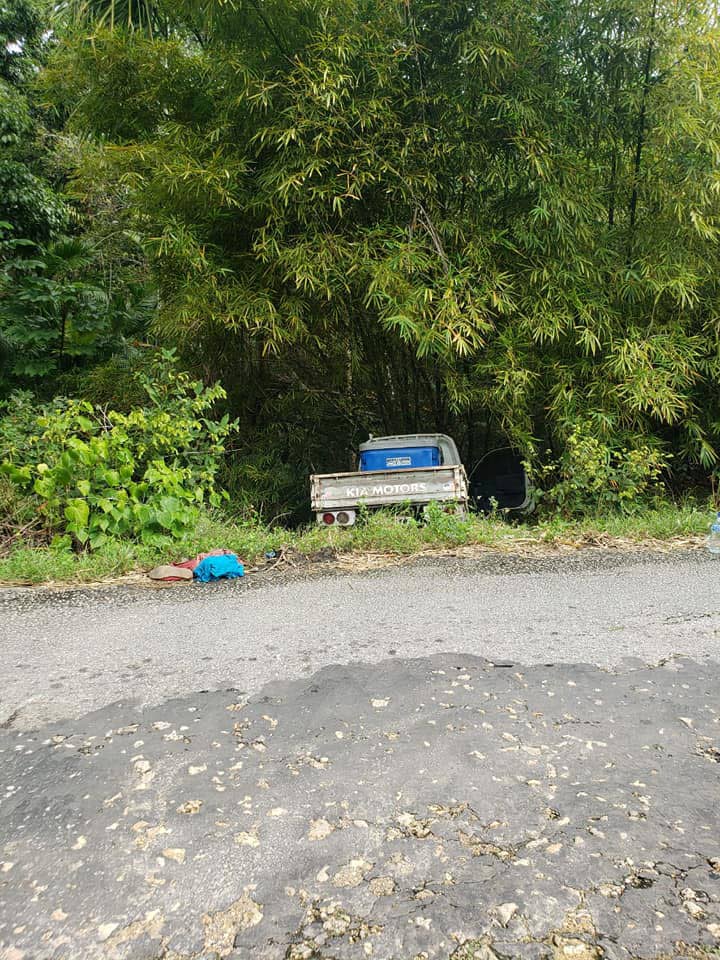