Carifesta has given clear indications of the potential of the region's fashion industry, said CreativeTT chairman Calvin Bijou.

"I think we really are on to something. I see this giving life to many more events like this," Bijou told Newsday at the Oui Papa Yo, Signal Fashion Runway Show at Hyatt Regency on Thursday.

The initiative of CreativeTT/ FashionTT, hosted by media personality Jerome "Rome" Precilla, was part of Carifesta and showcased the work of over 30 designers from the region. Most designers showed at least eight pieces.

The TT Creative Industries Company Ltd (CreativeTT) is a state-owned enterprise established through the Ministry of Trade and Industry to build the creative industry by educating and funding creative professionals.

Bijou said, "The feeling about this endeavour is fantastic on several levels. We have had the greatest amount of designs from the Caribbean who wished to have their work showcased here. In terms of the enthusiasm from TT's strong contingent of designers and those from our Caribbean family across the design network, we are very proud in terms of what today's event has been able to accomplish."

He said the response and turnout were evidence of the quality of work present in the region.

"Unfortunately," he added, "we had to turn some people away, because the capacity in the ballroom simply could not have held all those who wanted to attend."

Asked if he sees this event giving birth to something new in regional fashion, Bijou said, "Myself, the ministers of culture and trade and economy were talking and we recognised where TT has potential for becoming a fashion mecca for accommodating and showcasing the design aesthetics of other Caribbean designers as a meeting place for the whole region. I see great creative and monetary gains from what we can do here."

Minister of Community Development, Culture and the Arts Nyan Gadsby-Dolly said the support for the show and for Carifesta overall has been overwhelming.

"I think it has taken everyone by surprise, and many people have expressed that we should have Carifesta every three months."

She said she sees where the events have given the nation a "goodwill feeling" and regional pride.

"All the shows are oversubscribed, and the standards are high, so everyone wants an opportunity to experience them. In the Grand Market, we have more than 10,000 people coming in each day, and it has been an overwhelming amount of positive response."

Asked what she hopes people will walk away with from Carifesta 2019, Gadsby-Dolly said, "We in the Caribbean are excellent and world-class, and we need to think of ourselves and treat each other in that way." 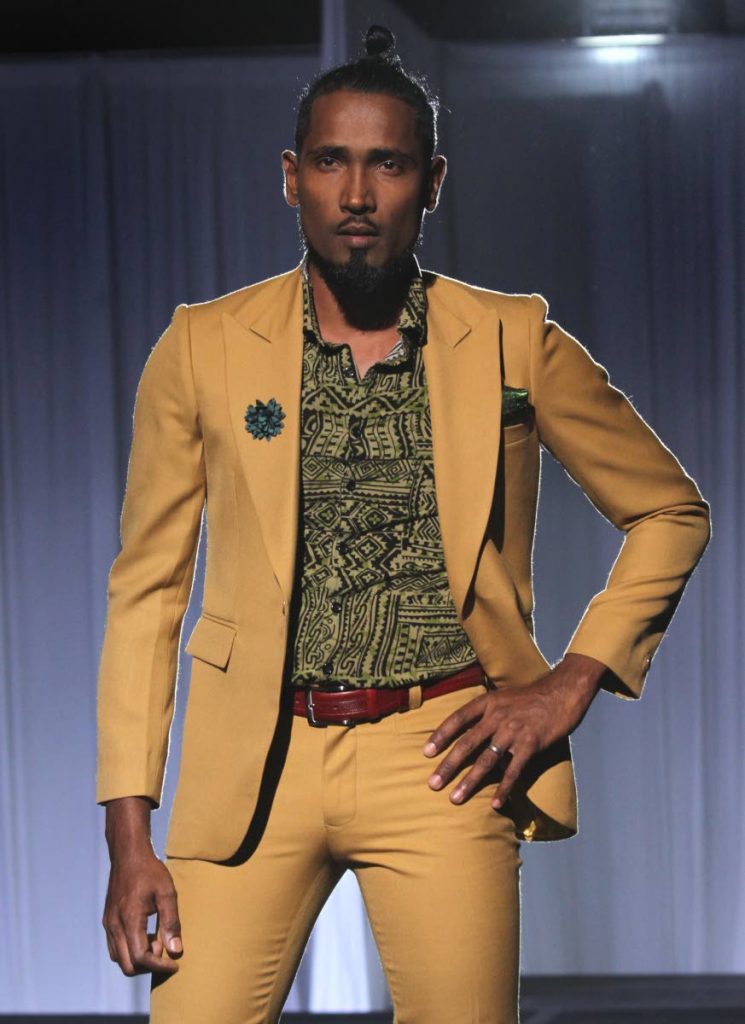 Herself, wearing a design by The Cloth, she said her favourite thing about the piece she wore is how colourful it is.

"I feel very Caribbean in this out. Caribbean fashion is different from that from other parts of the world because of the vibrancy and flow. It reminds of the ebb and flow of the Caribbean beaches, and the colours of our local designs tend to capture our landscape in some way."

Minister of Trade and Industry Paula Gopee-Scoon, before stepping onto the catwalk, said the fashion show has been exciting because of the rich talent coming together from all over the region. While being prepped to model a design by local designer Charu Lochan Dass, she said, "It shows what the Caribbean is capable of doing. We have a different sense of style, which is based on our attitude, pizzazz and variations in culture. This show is an embodiment of that.

"I hope to see even more of our work being displayed in Milan and New York – bringing even more Caribbean fashion to the rest of the world."

Asked what fashion represents to her, Gopee-Scoon said she looks at the dollars and cents connected to design aesthetics and creations.

"What I want is for our fashion to be exported in even greater amounts to the rest of the world."

Though the fashion show was arguably long, having been set to begin at 5 pm and ending after 10 pm, many guests and designers alike said the quality of the experience was worth it.

The show featured the work of over 30 designers on two dramatically lit stages, and included an intermission which allowed the audience to meet a number of designers. They were also able to buy pieces which had caught their eyes from the runway at the event pop-up shop during the intermission.

Bijou described the Signal Fashion show as not just an event, but a full Caribbean fashion experience.