Pierre, 22, who won this year's top model title and was second runner-up in the Miss World TT pageant said she hopes to bridge the gap between young people and elders who are suffering from dementia through her charity – Project Remember Me.

"A lot of people don't know that dementia is not a disease in its own right. It is caused by other diseases. So that was really my reason for starting Project Remember Me and what I want to do is, I want to put preventative measures in place."

Pierre, who lives in Arima, said her goal of getting young people to understand what dementia is and the causes to help them learn to appreciate their elders and the contribution they have made to society.

"The elderly often are very forgotten and alienated in society so Project Remember Me is just for us to remember that they're still around. They're still members of society and they still need to be valued."

When she isn't training for her pageants or taking part in fashion shows, Pierre studies pursues her studies in nursing at the School of Nursing.

Through her studies, she can provide a guide on geriatric care as a way of helping those who aren't able to afford the necessary assistance the elderly.

"People need to know how to take care of their relatives properly at home and with knowledge comes understanding and something that is very scary doesn't seem so scary once you have a grasp of it."

In 2020, Pierre started a non-profit organisation – Jem's Strokes Saves Lives – which gave birth to her latest project launched in September. She said a lot of the reactions to her project were heartbreaking as she encountered people trying to care for elderly with this disease without them knowing how to cope with the effects of it.

"I was shocked by the multitude of people that had experienced it and had parents and relatives who died from it, who know what it feels like to lose a loved one from dementia. Just the fact that a lot of people are experiencing it means that my work has to touch the youths and it has to start now."

She said there is a lot of work to do as so many people are experiencing what is dementia and what it entails.

On a lighter note, Pierre said she was completely shy upon entering the pageant in both 2020 and 2022 but prevailed once she worked hard during training to build the confidence she needed to succeed. She said she decided to enter pageantry because of her mother, who was also a pageant girl.

"I really looked up to her. I remember going through her (photo) gallery and seeing her sash and crown and I wanted to be just like her because she looked so beautiful like a princess. She would walk with a certain je ne sais quoi and I would follow her. Having that in the back of my head when I saw the advertisement in 2020 and seeing Tya Jane Ramey – Miss World 2019 – who looked just like me made me feel motivated to actually go for it."

Lastly, being able to carry out her goals of educating people on dementia was the final determining factor into her decision. This was also the reason for her entering again this year.

When she ran for the first time, she said she used it as an opportunity to build herself since there are many stages of the Miss World pageant to overcome before you can be crowned Miss World.

"I would say that I did the groundwork, but I still had more stuff to learn, so I competed, and I was in top five at the last pageant and this time I'm second runner-up. So, I'm going to enter again in a different pageant and really put all the things that I've learned into practise.

"I think one of the components that I would have to work on the most is networking because how you network is a great show of you being someone that's capable of compassion, connecting with people, creating a social impact and I think that's one of the most telling signs of filling that job title."

Pierre's goal in this journey is to become an international model, but she wants girls and young women to understand that they can be anything else they choose as she did with nursing.

"I'm not just a model. I am a model and a nursing student."

"I realised that people limit models' creative direction, and I believe that models do have a lot of things to contribute, besides just posing and looking beautiful because I know my best angle. Sometimes when I meet a photographer, he wouldn't know and I would say listen, 'This is my best angle.'

"And we could work together to really get something magical, but often they see it as models trying to lead the shoot. But if we really get to that place where everyone's opinions can be valued, and of course, respectful boundaries and so forth, I think we can reach a lot further."

Pierre offered an insight into what training is like and she described it as "hectic" for her because of the constant standing in heels and perfecting the walk.

She appealed to those aspiring to be in her position and quoted renowned poet Maya Angelou, "Do the best you can do until you know better. Then when you know better, do better." 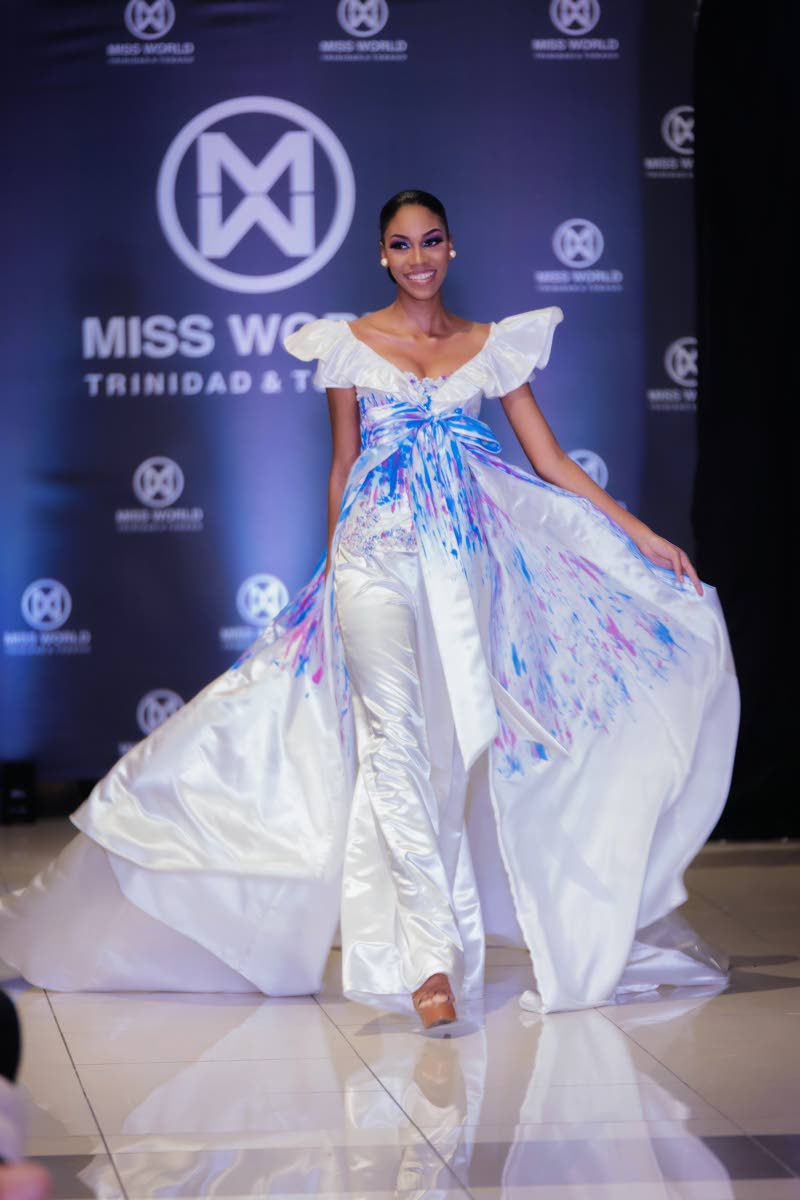