CHAIRMAN of the Urban Development Corporation (Udecott) Noel Garcia has said he wants to set the record straight that the roof at the north chamber of the Red House is not leaking and the ceiling did not collapse.

He was speaking at a press conference in Port of Spain on Tuesday afternoon.

Last Friday, Udecott issued a press release saying it was alerted that "material (had been) dislodged" from the southeast section of the north chamber's ceiling.

Because of this, it closed off access to the north chamber and said work would be completed in "short order."

Many believed the description of the problem given by Udecott meant there was a leak, but Garcia said this was not the case.

Asked by Newsday for an update on remedial work at the Red House, he said he visited on Wednesday morning with officials from the Office of the Prime Minister and Parliament maintenance staff. He said they did a "comprehensive review of what is taking place in the north chamber and the south chamber.

"Let me set the record straight again – the Red House ceiling did not collapse."

He said the material referenced in the press release was "a piece of moulding" and the north chamber was only closed "out of an abundance of caution.

"The Red House north chamber is not leaking.

"I have (someone) who is an officer attached to the Red House and they confirmed to the various officials this morning that over the past two weeks – in spite of the heavy rains – no leaks were detected at the Red House."

He said the remedial work will be completed in 26 days. 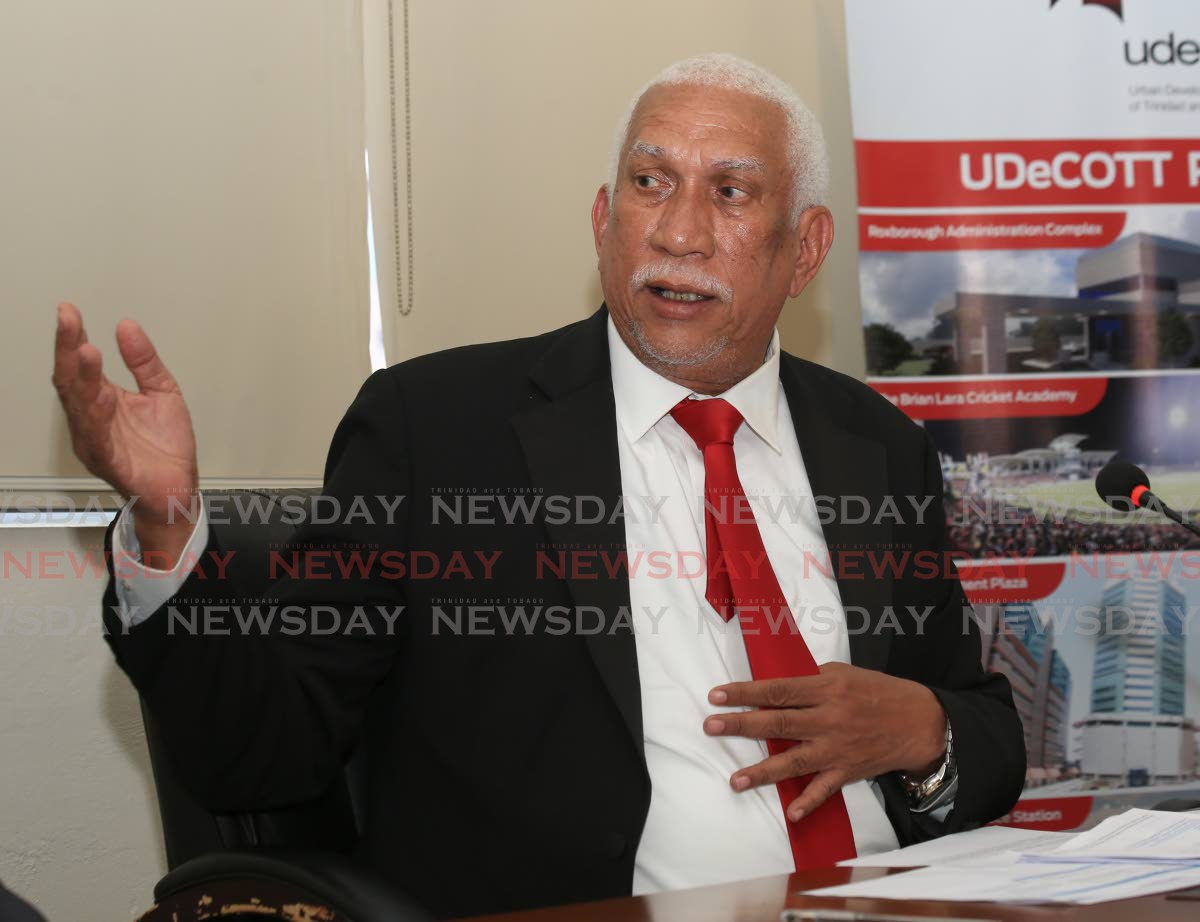