Water and Sewerage Authority (WASA) workers have spent two days repairing a leak at the eight-and-a-half-mile mark at Penal Rock Road, Penal, where residents recently protested near a massive landslip.

"The day after the protest, the workers started doing work. They returned yesterday (Thursday) and finished the job. We hold off on protests," resident Razack Mohammed said on Friday.

On Tuesday, they staged a fiery protest over the bad roads and poor infrastructure and called on those in authority to fix the problems.

The area borders the Siparia and the Moruga/ Tableland constituencies, as well as Princes Town and Penal/Debe regional corporations.

Hours after the protest started, Moruga/Tableland MP Michelle Benjamin and Quinam/Morne Diablo councillor Diptee Ramnath, from the Penal/Debe Regional Corporation, met residents and vowed to help them, including informing WASA about the leak. They also pledged to get a temporary fix done while they wait for the Works and Transport Ministry to intervene.

Mohammed added, "Corporation workers came with materials and did work on the landslip. The road is better now for cars to pass. They are supposed to put materials lower down the road." 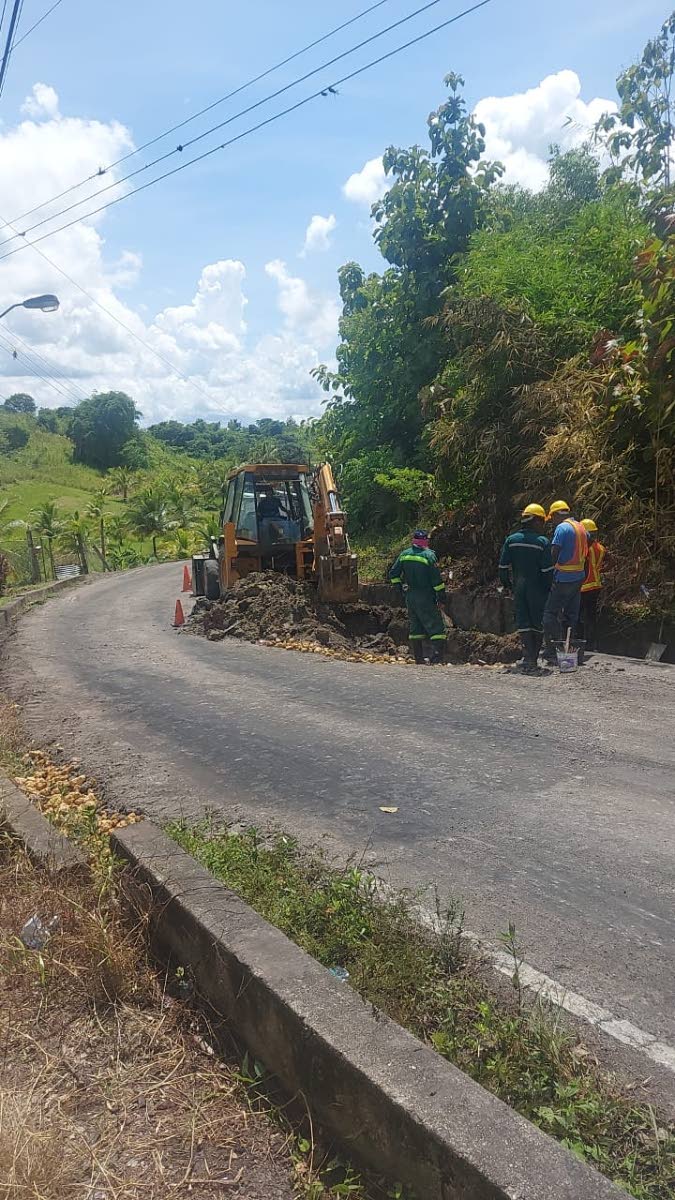