THE TRINIDAD and Tobago men’s 4x400-metre relay team advanced to the finals of the event at the 2022 World Athletics Championships in Eugene, Oregon, US on Saturday.

The top three in each of the two heats plus the next two fastest teams earned a place in the final.

TT were third halfway through the second leg with Richards in possession of the baton.

During the third leg, TT had work to do to finish as one of the three automatic qualifiers in the heat as Guevara was in fourth place.

With 200m left in the race, King made a move and was in second place briefly. However, Japan and Jamaica made a late surge to finish ahead of TT.

TT women’s long jumper Tyra Gittens did not advance to the finals of the event.

Gittens needed to jump 6.75 metres or at least finish in the top 12 among the field of over 25 athletes to qualify for the final.

Competing in Group B alongside 12 other athletes, Gittens jumped 6.22m on her first attempt, 6.44m on her second and fouled her third and final jump.

It was only enough to finish tenth in Group B and 19th overall.

German Malaika Mihambo ended first in Group B with a leap of 6.84m.

American Quanesha Burks won Group A and has the best overall jump heading into the final with a 6.86m effort.

The finals will be held on Sunday from 8.50 pm TT time. 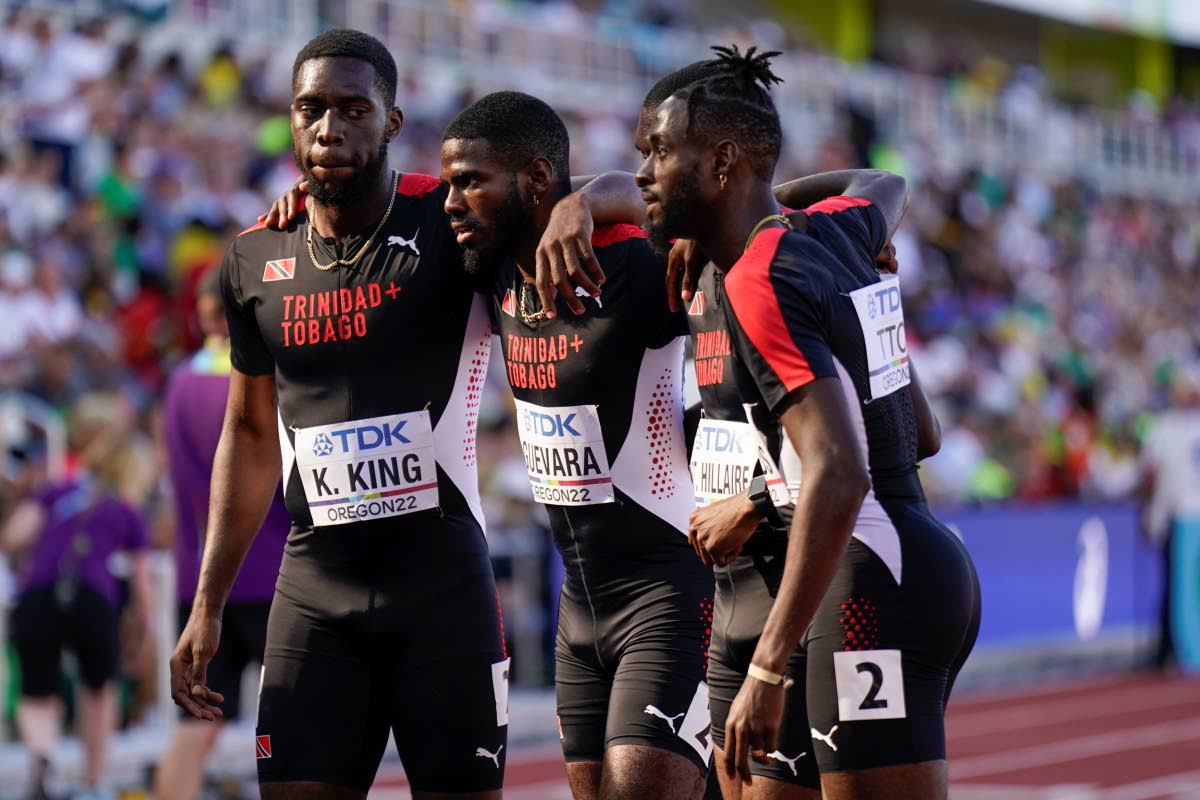