This is the final of a three-part series looking at the Port of Spain revitalisation project, its progress and how some in the business, building and construction industries feel about it as it moves along. The Prime Minister launched the project in 2020 and aims to establish the city as a leading place for commerce, entertainment and culture. One of its major aims is to also increase the numbers of people living in the city which dwindled over decades. 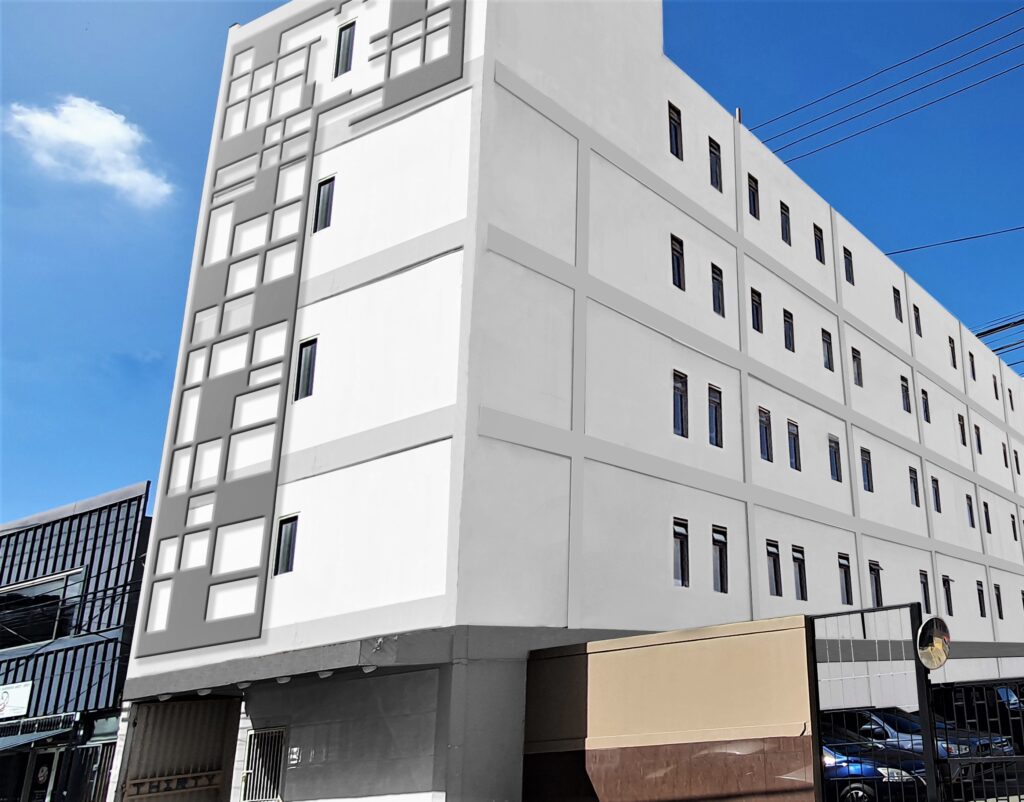 The building at 33 Pembroke Street isn’t much to look at now. It is snuggled between a Republic Bank branch and the Telephone Workers Credit Union (TWCU).

But when developers Ian Georges and Garth Ramlochansingh are finished with it, it is going to be home to some people.

There is no better example of the changing face of Port of Spain than this.

In its three-part series Newsday took a look at the evolving Port of Spain Revitalisation Project announced by the Prime Minister in 2020. One of the project’s mandates is to increase the city’s population.

Georges believes repurposing can achieve this goal, while planning consultant Ryan Darmanie wants the Government to ensure it does not disproportionately create housing that only the wealthiest can afford.

Doing so “does little to revitalise the city and will only lead to more social problems. There are policies that can be implemented to counteract this, eg there are cities right now that have higher taxes on vacant homes not used as a primary residence,” Darmanie said.

He also said more people should be involved in the revitalisation process.

“The environment around us is shared space, and we all have to live with the consequences of decisions being made. A more participatory approach to planning can encourage people to have a stronger sense of connection to and ownership of the public spaces around us,” he said.

Responding to questions from Newsday, Darmanie agreed with Port of Spain mayor Joel Martinez that the city is ready for change and increasing residential spaces is an important part of that.

“Simply put, without a quality public realm, you don't have a vibrant city. This isn't something that can be completely fixed overnight, but there are some very fundamental changes that we should be focusing on now that are cheap.”

Street management is one of the ways Darmanie sees the city being easily fixed. He said the city could not be planned around the needs of those who only pass through in vehicles. He used the increase in the speed limit around the Savannah as an example: in 2019, it was raised from 50 to 65 kilometres per hour.

He feels Trinidad and Tobago is stuck in a modernist approach to planning and design, an approach that destroyed cities in the post-World War II period. This means too many of TT’s contemporary buildings are antisocial in nature, he said.

“We are designing in a way that is not suitable to the climate or conducive to making the city friendlier to pedestrians. This is directly related to the near-complete lack of architectural or urban-design guidelines for the city or TT, for that matter.”

Darmanie said much of the land in the city is divided into small lots of 5,000 square feet or less, yet TT’s land-use regulations were written in a way that allowed the merging of multiple lots of land to create larger ones. Therefore, to build anything of substance would be expensive and could only be done by wealthy businesses or the state.

“It means that there is increasingly less opportunity for smaller landowners and developers to develop land within the city and there will be an uneven effect whereby much of the city remains underutilised with a few large-scale projects here and there.”

As a planning consultant, he works with small developers on projects on smaller lots aimed at lower- to middle-income price points, but which are hindered by land-use regulations.

He believes TT cannot afford to wait to begin changing the city. It will not be inviting to every demographic in its current state and the process of revitalisation often began with younger, unmarried, childless people, he said. They tended to be more willing to put up with less than ideal surroundings and some nuisances in exchange for proximity to employment and activity centres.

“It is less likely that upper-middle-class families currently living in gated communities will see much of the city as a viable place to live right now. As the city improves, that will change, however.”

The revitalisation should focus not only on Port of Spain but also along the East-West Corridor, San Fernando and other urban areas.

“We have a massive unmet demand for housing that is being driven mostly by the fracturing of larger household units into smaller ones, rather than by a large overall increase in population.”

This gives an opportunity to house the new, smaller households closer to employment and services instead of building on “cheap virgin land on the outskirts."

Darmanie said this should be planned along with a mass public transit system. He was also eager to hear about plans to improve inner-city public transport, which was vital to moving toward a more people- and pedestrian-oriented city.

Meanwhile Georges and Ramlochansingh see a repurposed Port of Spain. By that, they mean taking many of the unused commercial spaces and turning them into housing.

Georges was formally trained in hospitality, but always loved real estate. He has been a developer for the past six years and said TT can make Port of Spain a lovely space once it commits itself to doing so.

He said the country has two options: it could leave Port of Spain to become a zombie town, or go in and convert the empty commercial space to housing.

This philosophy led to CitiLife 33 Pembroke. The idea of repurposing the old building came from his many travels.

“When you travel, a lot of places that I’ve been to have a lot of repurposing, renovations and conversions. So I have been seeing that for the past 20 years. Some of the best housing you will get in London is converted churches, warehousing on the jetties, on the docks, things like that.”

While this played a part, it was a talk by architect Rudylynn de Four that convinced Georges repurposing was the way to go. De Four highlighted the change of use of the old Roxy building, Damien Street, Woodbrook, and the building that houses Jenny’s on the Boulevard, Cipriani Boulevard. The Roxy building, now a Pizza Hut, was once the Roxy Cinema, and Jenny's was the Boos family home, built in the early 20th century.

“That was a big push to me. Then when the Government came and said they were really behind it. I said, 'All right, let’s see if the minister is serious.’”

Given that no country has successfully addressed the problem of low-income housing, Georges took it as a personal challenge.

“If you can do this, you don’t have to be greedy. And by and large, the most expensive housing anywhere in the world is the city centre.”

But repurposing is cost-effective, and Port of Spain has more office space than it needs.

The company pre-sold the eight three-bedroom units at Pembroke Street, which are 1,150-1,200 square feet. Demand is so great that in two weeks, Georges and Ramlochansingh's company, GRTT, got eight people to commit to buying.

Georges estimates – given the global supply-chain issue – it is going to take perhaps six-eight months to complete.

His objective is to stay below $1 million, because that works more easily with the TT Mortgage Finance Company Ltd (TTMF) and its two per cent mortgage. Georges said nurses, police, civil servants and teachers all need a place to live.

He added 18 of those apartments were sold. The compromise was that there was no parking, but if there had been parking space he would not have been able to build enough to meet demand.

Georges said initially there was some pushback when the company tried to get clearance to repurpose the building on Pembroke Street. However, that was resolved and it went ahead.

Georges is always on the lookout for his next project, scouring the newspapers for prospects.

Repurposing can build community, he said. It is an opportunity for financial institutions to partner with the construction business and help provide housing for their members.

Georges said there's no need to build new spaces: all it would take is repurposing.

“Let us get people in housing. Why build fresh? The concrete is there.”