The video opens with a young boy asleep in the arms of a young girl, sitting in a boat, rocking gently on the open sea. Its imagery is distinctly Caribbean and the language: Garifuna.

In her latest single, Watina, featuring the famed guitarist Carlos Santana and Belizean band, The Garfiuna Collective, Calypso Rose pays tribute to the Garifuna people and shows her love for Belize.

The single was released on May 19.

In a media release Santana said Calypso Rose was a goddess of Caribbean music, a person who offers her heart and changes people’s lives and destinies.

The release added, “With Watina, she pays homage to the Garifuna, a Caribbean people scarred by slavery, excluded from memory, and part of whose population now lives not only in the US, but also on the coasts of four Central American countries: Honduras, Guatemala, Nicaragua, and Belize.”

The song is full of devastating history contrasted by cheerfulness and celebration, it added.

Watina was a hit for the Belizean band.

“Ivan Duran, Rose’s Belizean-born, long-time producer was also the sound architect for the late Andy Palacio, who co-founded and led the Belizean-based band The Garifuna Collective until his untimely death in 2008,” the release said.

Palacio was a Belizean Punta musician and an activist for the Garifuna people. Watina was the name of Palacio’s final album and a single on it.

In the release Duran said Calypso Rose was the only person who could recapture the frenzy and the impact of the song while respecting Palacio’s legacy.

“By recording and reimagining the song with the same musicians, she reaffirms her Belizean ties and once again exploits the contrast between the festive spirit and the social dimension of the music,” it said.

Machel Montano, world music legend Manu Chao, Jamaican dancehall icon Mr Vegas, Toulouse-based rapper Oli, and electro duo Synapson also join her on the 14-track album. The album will be released on August 26. Feel Like Dancing, Young Boy featuring Machel Montano, One by One featuring Kobo Town and Mr Vegas, Rock the Boat, Gramma Martha and Outside Man are some of the songs on the album.

“Throughout the new album, Rose presents original material with a distinctly modern approach, and revisits some of her greatest classics, giving us an album that speaks to everyone and transcends all ages,” it said. 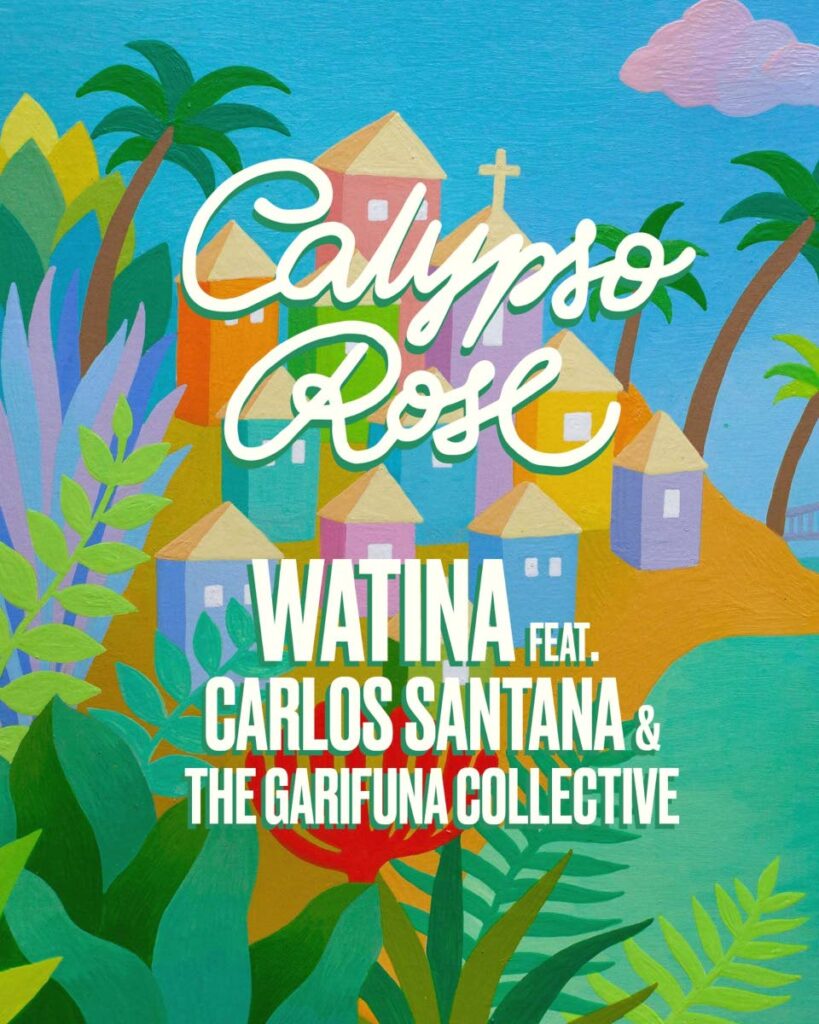 Calypso Rose’s career has been booming internationally since her 2015 release of Far From Home featuring multiple collaborations with Manu Chao and she has since performed at approximately 200 concerts in four years including Les Vieilles Charrues, We Love Green, World of Music, Arts and Dance festivals and Olympia Hall in Paris, France, the release said.

She also performed at the annual Coachella Valley Music and Arts Festival in 2019, becoming the oldest artiste to do so.

“With her music, Calypso Rose carries an optimism that shines through her music: a delicate balance between tradition, modernity and universality.

“The Calypso Queen combines all of that and her universal messages and views on societies with the world on her new album. She also brings up as many hedonistic subjects like partying or the energy of youth as she does the battles waged throughout her career: feminism, equality between peoples and individuals, her unwavering hope for a better tomorrow,” it said.