CUNUPIA FC are aiming to make their mark in the 2022 Ascension Football tournament with an entertaining, fast-paced and attacking brand of football.

Cunupia FC have made an impressive start to the campaign and sit in second place in the standings.

Captain Kevon “Showtime” Woodley has been leading the charge for Cunupia FC.

The tall, imposing Woodley has already found the back of the net nine times this season which includes two hat-tricks.

In round five, Woodley’s hat-trick guided Cunupia FC to a 4-1 win over AC Port of Spain at La Horquetta Recreation Grounds, on Friday.

The Ascension League that recently kicked off is the first action in local football since the covid19 pandemic began in March 2020.

Crowds have been showing up to view the matches, especially on a Friday night at La Horquetta Grounds. Every Friday a double-header is played at the venue.

Cunupia FC are no stranger to success winning several titles in their 14-year existence.

De Four knows winning the Ascension title will be a tough task as the league is filled with quality teams.

“We are not a stand-alone team. We have other competitors and they have their challenges and aspirations and that’s the beauty of the game.

“We have some weak areas so we need to strengthen those…we would want to be able to keep compactness and concentration in attack and in defence…maintain the concentration throughout the 90 minutes and not get caught up in whatever is happening.”

Despite an impressive showing in the 2022 Ascension campaign, the team remain unsponsored and only rely on owners De Four and Navin Charles.

“I try my best and my partner (Charles),” De Four said.

De Four said to continue growing as a club sponsors are required.

“It is of paramount importance. Administratively you can expand when the finances (are there) in terms of having staff to do things.”

One of the areas De Four highlighted is the marketing of the club.

If the club could afford to market themselves regularly on social media and gain more followers, sponsors will be encouraged to jump on board.

Speaking about the players who he expects to lead from the front, De Four said, “My skipper Kevon Woodley, you have a (quality) midfielder Keon Daniel, we have some nice little players coming in…I feel my starting team is quite good.”

De Four was barking out instructions to his players during the training session, saying, “We need to run them to the ground.”

Speaking about his team’s fitness, the Cunupia head coach said, “Fitness is important to any team, but more importantly to us because we try to press high and you can’t press high if you’re not fit.

“We could play the game we want to play as the fitness improves which has not really been displayed as yet.”

Describing Cunupia FC’s brand of play, De Four said, “We play a fast-paced, attacking football…we don’t really sit back. We don’t play much of the counter (attacking football), we just press and try to move the ball as quick as possible. The football is entertaining because that is what you want to see and you want to see a good quality and players not making bad passes.”

Woodley is satisfied that his players are progressing.

“So far the team has been gelling (and) putting in the work in the training field,” Woodley said.

“I just want my team to keep focused. The instructions that the coach give us put it out in the training ground…we want to get the W (win), but we just want to play good football.

“There is no I in a team. We play together as a team, we attack together, we defend…we work for one another.”

Woodley is an experienced player who has been part of the TT beach soccer team for years.

Woodley said the younger players must stay focused in order to have success.

Highlighting some of the players who will be instrumental to the team’s run in the 2022 campaign, Woodley said, “The likes of Keon Daniel (has) good experience…Maestro Mensah is a good addition to the team.”

Former national player Trevin Caesar, Kadeem Graham and Kristian Maloney are also among the standout players at the club.

Daniel, who had two assists in the 4-1 victory over AC Port of Spain, is a former national men’s senior player. 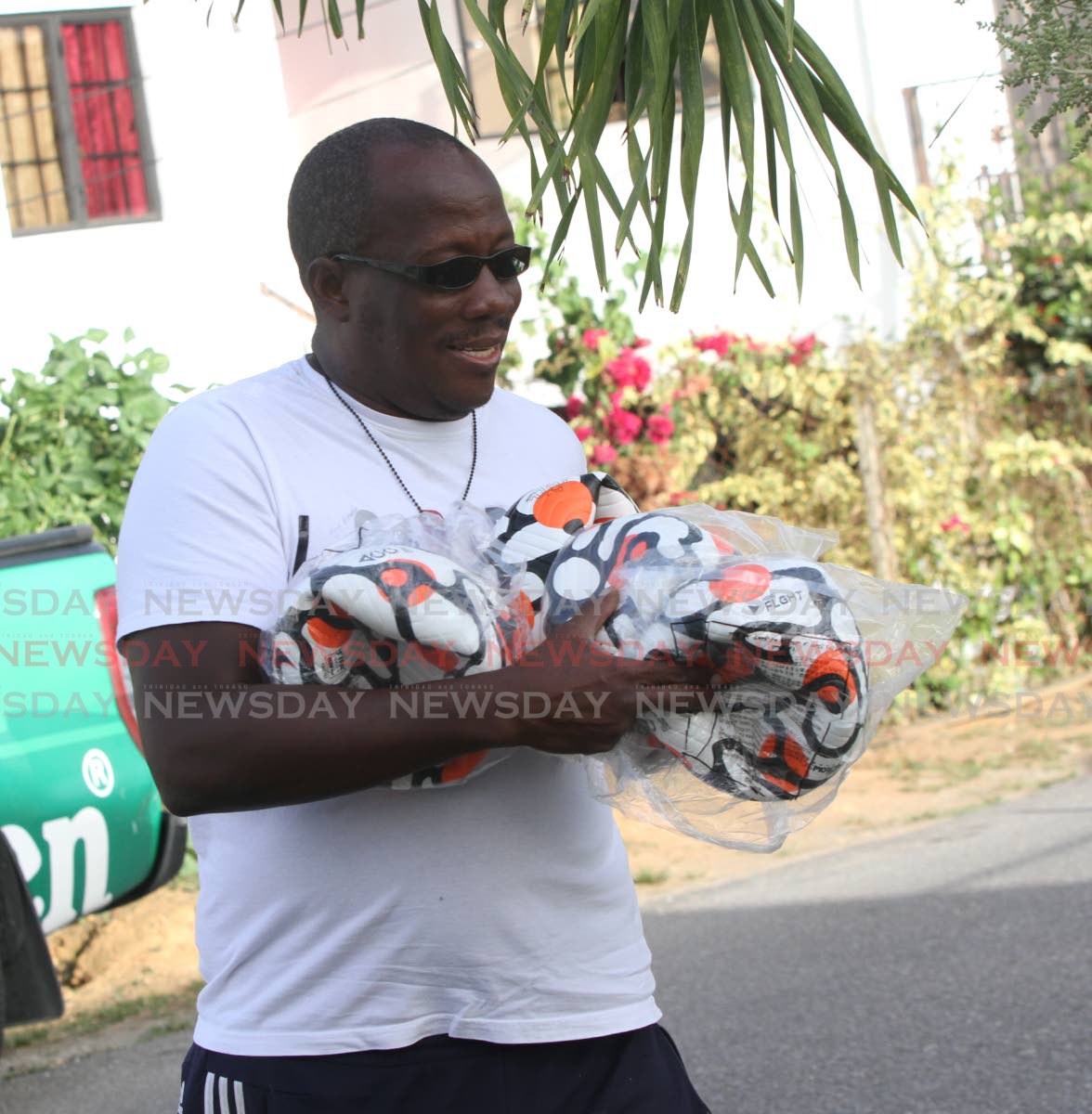