The covid19 pandemic has affected every corner of people’s lives. But one aspect of it that's less discussed than it probably should be is how mental health has been affected by the myriad changes that set a domino effect in motion.

Clinical psychologist Peter Weller says there are many layers to the experience of the pandemic with regard to mental health.

“While there are many effects experienced by all of us, we each have a unique experience.”

Weller said considering the personal experience versus focusing solely on the collective experience caused by the pandemic is critical.

The personal vs the collective impact of covid19 on mental health

“There are obvious effects, such as the disruption in routines.”

He said this effect is especially overwhelming because of the unpredictability that comes with the pandemic. Weller said in a time of unpredictability, people naturally want things that will help them feel some degree of control. And so, with the disruption in their work, school or living routines, there is a heightening of the sense of being at risk, vulnerable and not in control.

“We talk about mental health, and we think about the mind. People automatically think of irrational behaviours and out of the norm, when in fact, mental health is actually about wellness and degrees of wellness.”

He said rather than only cases of psychosis (is a condition that affects how the brain processes information), or other chronic issues such as depression, anxiety or suicidal ideation – mental health is really about how well people cope with life and day-to-day stressors.

“The mind and body are closely connected, and I think we often forget this when considering how we may be able to cope with the pandemic. The mind is a function of the brain, which has been designed for survival – to identify what puts us at risk so we can avoid it, and what can help us to survive – so we can approach it.”

The nervous system supports the brain’s function of approaching or fleeing stimuli.

“The sympathetic nervous system is what jumps into action when people see anything that is stressful. It raises the ability to be vigilant and to respond, so there are physiological responses, such as changes in blood flow and muscle reaction.”

On the other hand, the parasympathetic nervous system calms the mind and body. Weller said it helps in rest, rejuvenation and reset at the end of a stressful period.

“What is happening during the pandemic, on a very basic level, is that we are always 'on.' We are vigilant, we are attending, we are worried, concerned, anxious.”

Because there is a mind/body connection, Weller said the inevitable physiological symptoms of stressors result in muscle aches, pain, stomach issues, skin problems and allergies, which are all symptoms of stress and chronic stress.

These are all connected effects of how the limbic system works: the part of the brain involved in behavioural and emotional responses to stimuli, primarily those related to survival – fight, flight or freeze. Structures in the brain making up the limbic system include the amygdala, hippocampus, thalamus, hypothalamus, basal ganglia and cingulate gyrus.

“Very often we talk about the concept of pre-existing conditions when it comes to diabetes, hypertension or cardiac issues that makes covid19 more harmful.

"But the other kind is our life story: where we come from, past traumas, stressors and the things we dream about and try to achieve."

Weller said those pre-existing conditions are what could make or break someone’s response to covid19, He said for people with certain pre-existing mental conditions, the effects of things like isolation and economical challenges are worse.

“If you are economically challenged and you don’t have the resources to cope, you are going to be more stressed. People in abusive relationships, (who are) now locked down and can't get away are likely to become more anxious or depressed."

Weller said in people who also have a history of or genetic predisposition to depression, especially in cases where they have suffered loss, the negative effect is likely to increase.

“There is the likelihood of increased suicidal thoughts and suicidal ideation. There is a normal range of responses to stress…in the pandemic dynamic of chronic stress, people are pushed deeper into the abnormal responses.”

These are not only emotional, but cognitive – which means people are likely to be less decisive, easily distracted, more prone to worry and procrastination. This, he says, results in their being less effective in many realms of their lives.

“What we then have are organisations, institutions and systems that are made up of individuals who are chronically stressed.

The natural response to stressors, Weller said, results in people not functioning well cognitively, not doing their jobs as well as they would have in the past, and being worried, sad, scared, angry and frustrated.

He said many will also suffer physiological illnesses in response to their mental state.

"It is natural to be worried, stressed or concerned. However, we are in a state of chronic stress because of the pandemic – and people living with pre-existing conditions or issues are likely to be triggered even more. So people who are aggressive are likely to become more aggressive because they are frustrated, emotional, less able to function optimally and economically."

He said natural responses have become heightened and abnormal, given the abnormal events and situations.

"Many are also experiencing abnormal responses to normal situations. So we will see more road rage, people becoming extremely upset, angry, depressed by simple things – because their nervous/ limbic system is off-kilter and any little thing triggers that."

Weller said it is important to pay attention to vulnerable groups in the population – understanding their profiles, their needs, what services can be provided and what self-care practices can be introduced or reinforced.

One example he gave was "the economically deprived, who are directly affected by the increased cost of living, layoffs, lower income for small business owners."

Other groups include children, teens, the elderly, women and the differently-abled.

Children are stressed in different ways, depending on their backstory/ pre-existing conditions.

"A child from an affluent family will be stressed by the pandemic, but will experience it differently compared to a child from a low-income family."

Primary-school children, he said, will be affected by things such as a loss of structure, not being able to see their friends, stressed or overwhelmed parents, changes in the family dynamic and their inability to process what is happening around them that makes them feel vulnerable.

"Home does not necessarily feel safe any more – if it used to feel safe – and worse, if the home was never a safe space, where the child experienced being underprivileged or was exposed to violence, those children will be even more traumatised."

"Adolescents have a different story."

Weller said they are at a stage where they want to experiment, take risks and make their own identity and space and get away from adult influence.

"They are now locked down. They want to have affiliations, they want to lime with their friends, at this time they would be hanging out at MovieTowne or on the avenue, and they can't do that.

He said many teens are likely to do things that make them feel "like a big person," but without the intellectual maturity to understand how keep themselves safe at the same time.

"So they may go around without masks, drink, have sex, and do whatever needs to be done to make them feel good, in terms of pleasing themselves – but also feel like they are pushing back against all these constraints that prevent them from being who they are."

Another vulnerable group Weller identified is the elderly. He said they are particularly vulnerable, not only because of the severe impact contracting the virus may have on them, but also limitations in resources.

Resources he highlighted include finances and their ability to live independently and care for themselves. He said many will feel more vulnerable if those around them are more stressed and have less time to attend to them. They will also, generally, be particularly affected by their naturally diminishing cognitive ability, which limits their capacity to process the potentially overwhelming and never-ending flow of information they receive daily.

"Those of us who are relatively sentient and aware are confused – much less the very young and the elderly, who don't have the frame of reference to manage the information and data."

Women are potentially vulnerable, depending on their life situation. Weller said the most vulnerable include those who are economically dependent on men, those in abusive relationships and those who have to spend more time on childcare and operate in the domestic sphere.

"Because the children are home and resources are limited, they have to make things stretch farther. They may be at home with male partners who are not accustomed to being at home, or playing a role, and being asked to do things that they, as men, have never been asked to do before – that they either don't feel competent to do, or are not interested in doing.

"This is a challenge for the women who are trying to negotiate new kinds of relationships in the household. Women are expected to be nurturers and caregivers, to be emotionally available, even though they are also suffering from the chronic stress that is affecting everybody."

The differently-abled members of the population will also have unique challenges, depending on their level of functioning. 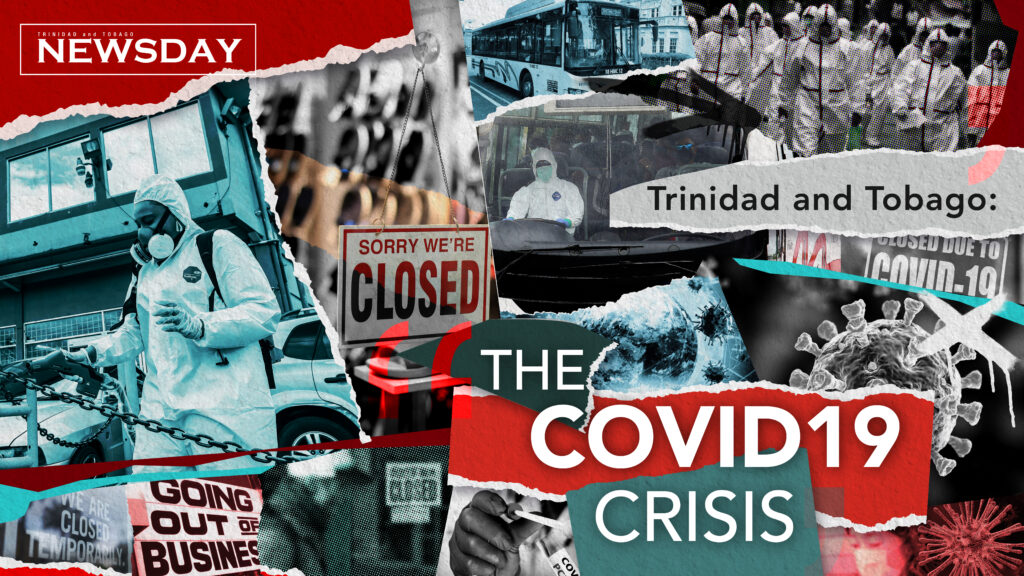 Many who seem to be functioning very well may also be facing severe challenges due to the effects of covid19, which pervades aspects of day-to-day life.

"They don't fit into any category of vulnerable groups, but they are severely stressed. They are often the ones functioning at a level of society where they are in positions of management, dealing with people, policies and programmes."

Weller said when those who normally help manage the challenges encountered by the collective are dysfunctional, there is a major multiplier effect in terms of their impact on other people.

"When they are not supported or don't know how to take care of themselves, it affects the people they are managing or supervising, which has a major trickle-down effect to those who are customers or service users."

He said while this is important, it is also important to acknowledge that covid19 has negatively affected each person making up the collective in myriad ways. He said sometimes, in focusing on vulnerable groups, people will feel removed from the conversation, and that in turn diminishes the extent to which some may acknowledge or become more aware of their need for help.

"All of us are being affected, need to practise self-care and are in need of support."