Carnival celebrations in Tobago took to the streets of Scarborough on Tuesday with a mini parade of traditional characters.

Owing to the covid19 pandemic, the THA Division of Tourism, Culture, Antiquities and Transportation did not host any major events this year.

Instead, the division gave Tobagonians snapshots of the island’s vibrant cultural heritage through its folklore characters.

Tuesday’s event, titled Carnival Footprints, began at the boardwalk, alongside the Scarborough port, and ended at the Tobago Festivals Commission Ltd headquarters on Wilson Road.

It featured a host of colourfully-dressed characters, including the la diablesse, minstrel, dame lorraine, pierrot grenade, blue devil, jab jab and baby doll. They were accompanied by drummers and pannists.

The characters drew the attention of spectators, who welcomed the division’s decision to keep the spirit of Carnival alive despite the pandemic.

"This is really a fantastic effort," one woman said.

She asked, "Whoever thought Carnival Tuesday would have reached like this? Everybody just going about their business as usual."

She said the division must be commended for the initiative.

“The idea was to place mas at special areas throughout Scarborough, which normally would have happened on a Carnival Tuesday,” he said. 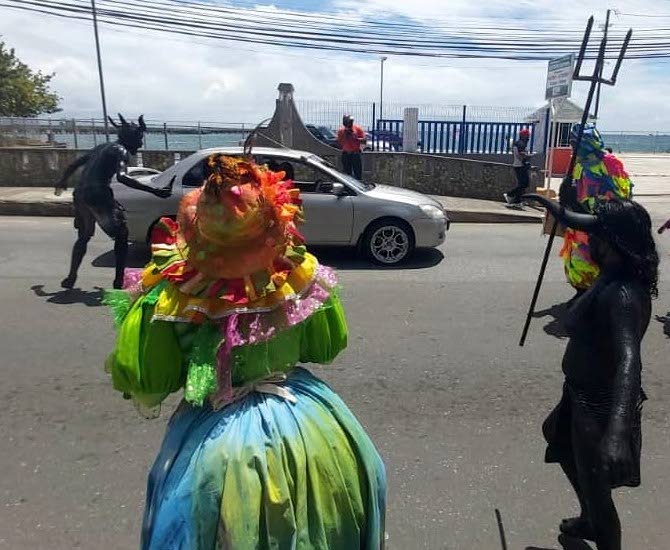