If we transform the zombie firms that continue to stymie growth, we can finally stem the mass emigration of our best and brightest – and create real options for young people.

The Caribbean in general and Trinidad and Tobago have some of the highest emigration rates in the world. People who are young, bright, and well educated continue to leave in droves.

The stories are brutally familiar to any young person. Just the other day my company advertised for an entry-level data entry clerk. I was blown away when we received more than 60 applications, many of them from people with advanced degrees.

But perhaps I shouldn’t have been surprised.

I spoke with one bright, enterprising young woman named Zoe Andall-Bowen, whose flight is reliably booked for the end of the month.

Her answer was simple: “it feels like a university degree is worthless. It feels like there are no traditional career opportunities and no way up.”

She’s entrepreneurial enough to have turned this into advantage – starting an accounting outsourcing firm.

But despite the horde of self-help advice, entrepreneurship isn’t for everyone. Startups have a 90 per cent failure rate. The great majority of people are at their most productive and fulfilled working within a structure, rather than starting one from scratch.

A large part of the problem, particularly in middle-income countries with stagnant economic growth like those in the Caribbean, is that we’re saddled with what the Organisation for Economic Co-operation and Development (OECD) calls “zombie firms.”

These are companies which are generating just enough cash to meet their expenses, salaries, and interest payments, but with nothing spare for reinvestment or growth. They tick along but ultimately stifle productivity.

In Italy, for example, the OECD estimates that zombie firms accounted for a quarter of the decline in investment between 2008 and 2013.

In a competitive market, these firms would typically exit and fold, with their market positions and employees hired by more dynamic companies that offer opportunities for growth.

The issue arises when many of these firms end up limping along, offering a small comfortable life for their owner but no prospective of growth or advancement for anyone else. By continuing to consume capital, customers and talent, these firms “crowd out” the exciting, dynamic new companies with better products and more efficient operations, starving them of investment and resources.

Because they have fewer resources, new entrants must compensate by being quicker and smarter.

Young people in particular thrive in this environment, where they can put their education and talents to use, and expect quick promotion and rewards as the company grows.

These are exactly the people who are currently fleeing the country.

As a middle-income country with still limited firm-level technological adoption and a relatively higher proportion of family ownership, we are positively overrun with zombie firms. Most are small businesses but many have reached a considerable size.

In TT, it isn’t just cash generation that’s keeping companies back. I’d be very interested to see a survey of how many business owners want to grow their companies and are willing to devote the time, cash, blood, sweat and tears to do so.

A huge number of people are simply quite content as they are, propped up in many cases by regulatory barriers to entry, government contracts or ossified supplier relationships.

Don’t get me wrong, many of these people worked very hard in the past, in most cases building businesses from scratch. I’m not saying they shouldn’t enjoy life. But this dynamic is oppressing an entire generation and driving them away.

If founders want to preserve their legacy, then they should be honest with themselves and recognise when the time is right to step down. And that time is when they’ve decided their firms no longer need to grow.

This can involve either selling the business to someone who sees potential, passing it down to the next generation, or bringing in outside management who can shake things up. This is made trickier by the fact that so many small businesses fear doing so without the standard controls that would prevent an outsider from cheating them or looting the business.

Many in TT have resisted putting controls in place because of personal ego, tax evasion or lack of knowledge. But they should realise that beyond simple morality and legality – being tax-compliant also raises the value of their business overnight – simply by making it saleable or open to independent management.

We can’t afford to wait. If change doesn’t happen fast, young entrepreneurs must move to compete these zombies out of existence.

It’s time to take up the pitchforks and torches.

Kiran Mathur Mohammed is an economist and co-founder of medl, an IDB Lab, Microsoft, WHO & FT backed health tech company, winner of the TT Chamber Champion of Business award 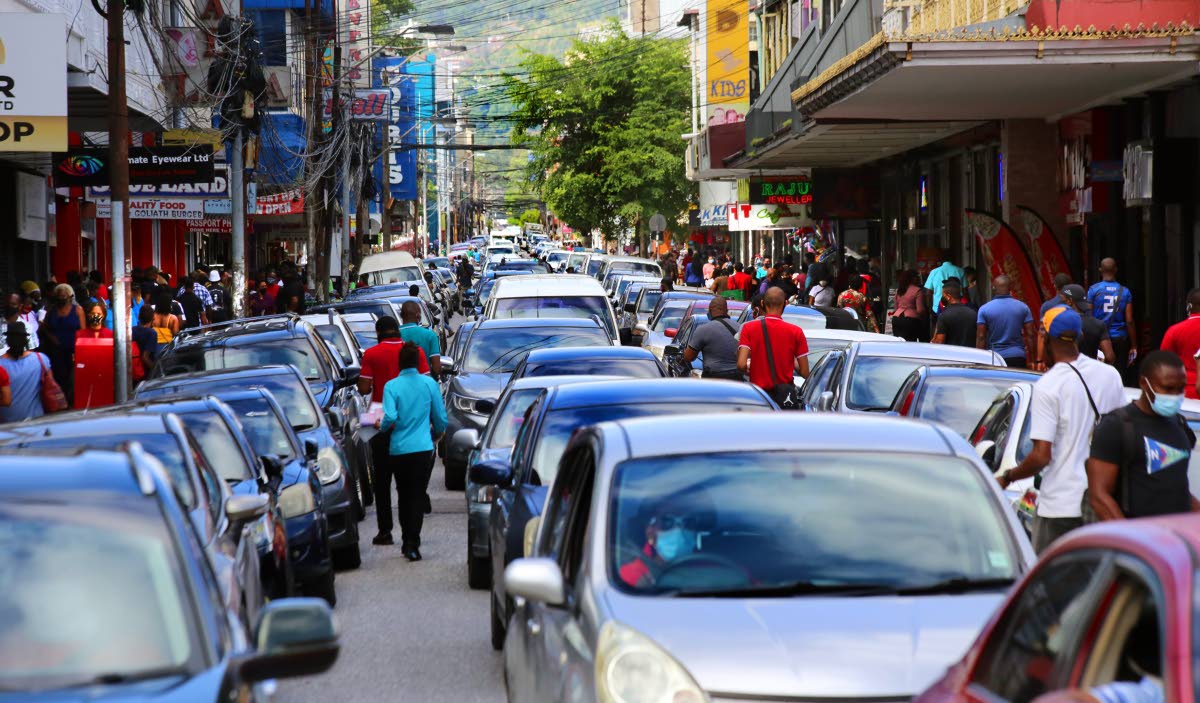