South African anti-apartheid campaigner and Nobel Peace Prize winner Archbishop Desmond Tutu was hailed as a hero who lived an exemplary life during a memorial service held in his honour at the Holy Trinity Cathedral, Port of Spain on Monday evening.

Tutu died at the age of 90 of cancer at his Cape Town home according to international reports. He was buried on January 1.

The Prime Minister, in his contribution, said Tutu changed the world.

“Archbishop Desmond Tutu was a hero and will remain an indelible positive mark on black people in every part of the world.”

Dr Rowley said Tutu had been the epitome of justice, liberation and democracy.

"Desmond Tutu wasn't a politician, but he used his presence to use the politics and political influence to become a liberator after he had chosen the career of being an educator

“Desmond Tutu led the world to a better place. We are better for him having left teaching and to have joined the liberation of people worldwide.”

President Paula-Mae Weekes urged TT to honour his life by coming together to a place of unity and maturity.

“Desmond Tutu lived an exemplary life. And in it, we find abundant examples from which to pattern our own lives. Enough to inspire many generations to come. He fought the good fight. He finished the race. He kept the faith.”

She said, “The archbishops long exemplary and extraordinary life, taken together with the countless wise kind in spirited and inspirational words provided much further for homage."

Weekes said Tutu was “a testament to his lasting influence and legacy” who “was not interested in retribution or revenge but sought to carve a path forward for all South Africans fiercely believing that without forgiveness, there is no future.”

“He was through and through a man of peace, reflecting Paul's advice that if it is possible, so far as it depends on you, live peaceably with all.

Weekes said she admired the way he embodied the principles of love. “A man patient, kind, not envious or boastful, arrogant or rude. Not easily angry, no keeping a record of wrongs. A man who bore believed hoped and endured all things.

“He championed non-violent resistance and the use of economic sanctions in the anti-apartheid movement, even as he fearlessly spoke truth to power. A born Peacemaker. He meditated on many occasions between opposing factions, once declaring, if you want peace, don't talk to your friends, you talk to your enemies.” 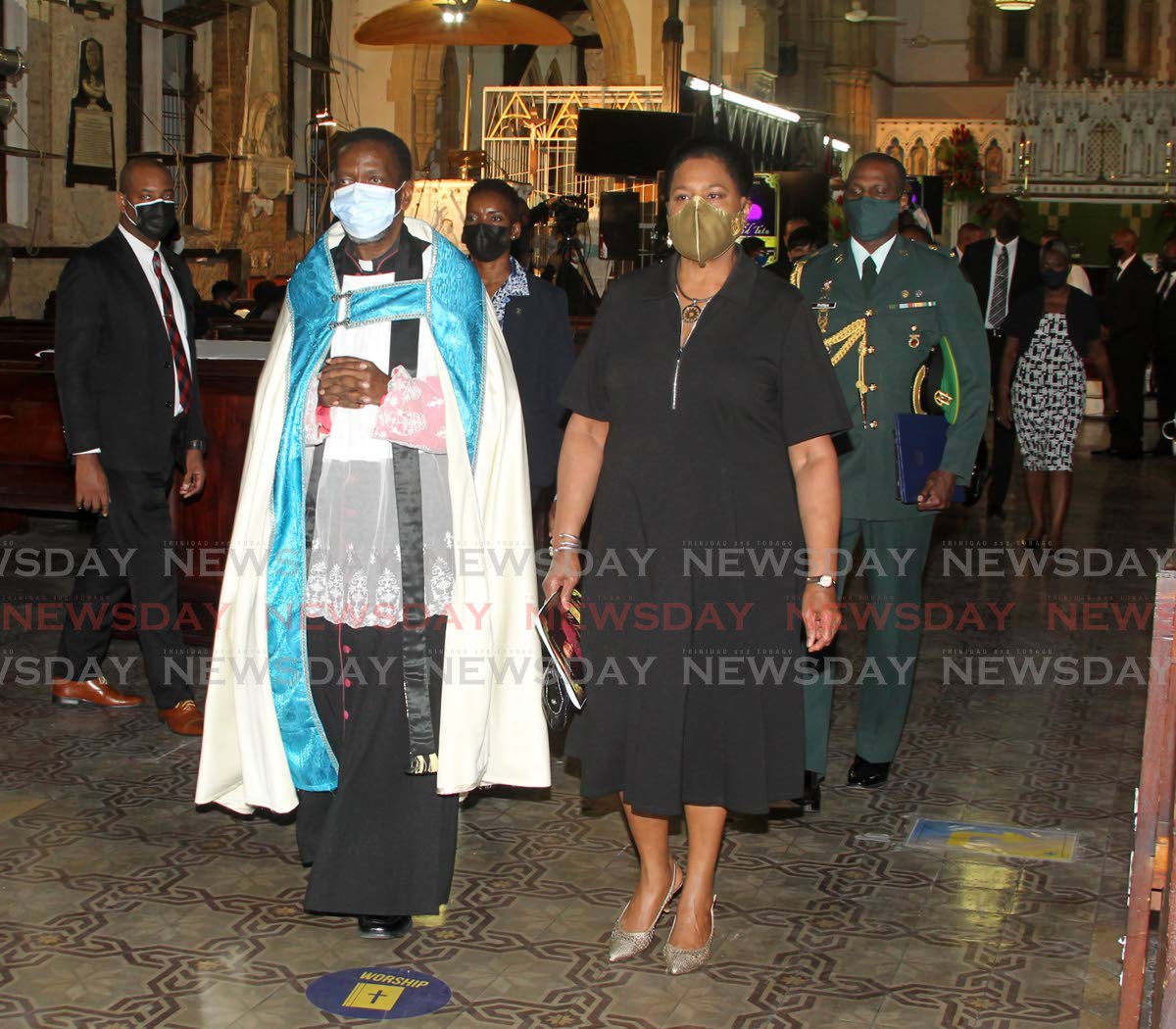