My name is Jahleel Castagne and I don’t make any New Year’s resolutions.

Most people just call me "G." You know a nickname has stuck when that's what your mother calls you.

I come from Trincity and live now in Chaguanas.

I have five brothers and one sister.

My father passed away from MS when I was 16 (but) my wonderful mother Andrea deserves special mention.

I am married but we do not have any kids.

In early childhood, most of my free time was spent playing football in our front yard with my siblings. If we had a windball (aka tennis ball, for people rich enough to own tennis racquets), we would play cricket until the ball got lost in someone’s yard or we broke someone's window.

In adolescence, we would play in the street instead, with neighbourhood kids. Until the ball got lost in someone's yard or we broke someone's window.

As a young adult I would ride bicycles with friends. Partly to get away from parents and partly because the neighbours were tired of having their windows broken and/or balls lost in their yards.

(As a civil engineer) I have worked mostly in private-sector construction. Every day brings new and unique problems which can be highly stressful.

But it's not as boring as most jobs. And I go home every day knowing I was part of the creation of something new.

(We) just installed 15km of sewers underneath San Fernando and a new sewer treatment plant, one of the most important positive environmental projects most people don’t know about.

I was raised RC but drifted towards more inclusive ideologies as I grew older.

Like listening to old Allan Watts recordings and pretending I know what Enlightenment means.

I no longer find belief relevant to my life but still enjoy seeing the strength others can gain from it.

Funny enough, I find myself more sincere in my participation with other faiths since I left my own.

Plus, it brings me comfort to think that my f---ups will likely be lost to the ether after my passing.

My favourite colour is black.

And slightly darker shades of black.

A good beer and barbecue could take the edge off of any situation.

Except maybe a hostage situation...

Actually now that I think about it...

If I want something quick and attention-grabbing, I will read non-fiction. I highly recommend Fast Food Nation.

If I have the time, energy and enough of my attention span in reserve, I like to get lost in longer fantasy or science fiction series. I finished the Isaac Asimov Foundation series and moved on to Robin Hobbs’ Realm of the Elderlings collection of trilogies.

This is no doubt due to growing up on long fictional series like Harry Potter and A Series of Unfortunate Events.

The best book I've ever read was the Hitchhiker's Guide to the Galaxy. It is a book you regret only being able to read for the first time once.

My favourite writer is a toss-up between Douglas Adams and Christopher Moore. Both have a sense of humour that would tickle your t-ts (if given consent, of course).

Life is musical. Trinis speak in melodies and sometimes include words in our sentences. Even those that do not like music cannot walk down a street without keeping a beat.

It is impossible to pick a favourite movie, but Interstellar was as perfect as a movie could be. If you could project it onto the sky while a live orchestra performed the soundtrack, then perhaps you might do it some justice. It still blows my mind that, five years before the first image of a black hole was produced, they had theoretical physicists predict what a black hole would look like, to ensure the accuracy of the movie’s portrayal. The depiction was correct.

Give me big ole beef burgers from Clever Cleaver in Eddie Hart. He makes his patties from scratch, using different cuts of beef instead of fillers to create the fat content needed for the patty to stick together. If someone told me he did obeah on his burgers to make it taste that good, I would believe them.

And then order two more.

My first New Year's resolution was to lose the weight I put on during the Christmas season and, yes, I kept it… I kept on the weight.

I stopped making New Year’s resolutions for the same reason I stopped looking forward to Christmas gifts when I got older.

The same way that I could now afford to get what I want throughout the year, I realised that each day is an opportunity to make a new resolution.

Although I still find myself only able to make resolutions on a Monday for some reason.

For some people, the artificial pressure of the "once a year" opportunity for positive change gives the added motivation they need to stick with it; or so I think the thinking goes.

(But) every Monday is like a new year to me.

I've found it more effective to remove as much pain from failure as I can, so I am less deterred from starting again. Maybe sometimes it's okay when failure is an option.

For those around me.

The big (life) questions that keep everyone else awake make me worry. Like: What will death be like?

Where do I draw the line between being kind and being a push-over?

Why is it so hard to tell the people that I love how much I love them?

You can find a little bit of everything in Trinidad.

Except a cool breeze and a parking spot in “proper” Sando.

So many Trinis have absolutely nothing in common, it seems unfair to define a Trini by any one attribute. The devout religious follower that prays every day and doesn't touch alcohol is just as Trini as the Carinival babies that take out loans to get drunk and play mas every year.

A Trini is anybody that identifies themself as a Trini first.

Trinidad and Tobago means "the world” to me.

Chances are the best meal you ever had was made of ingredients that had nothing in common with one another, except on that plate. TT is a country of people that just add flavour to the mix. Because our (population) is made up of people that had nothing in common with the other inhabitants when they came to our shores. TT is like a hearty meal of life. 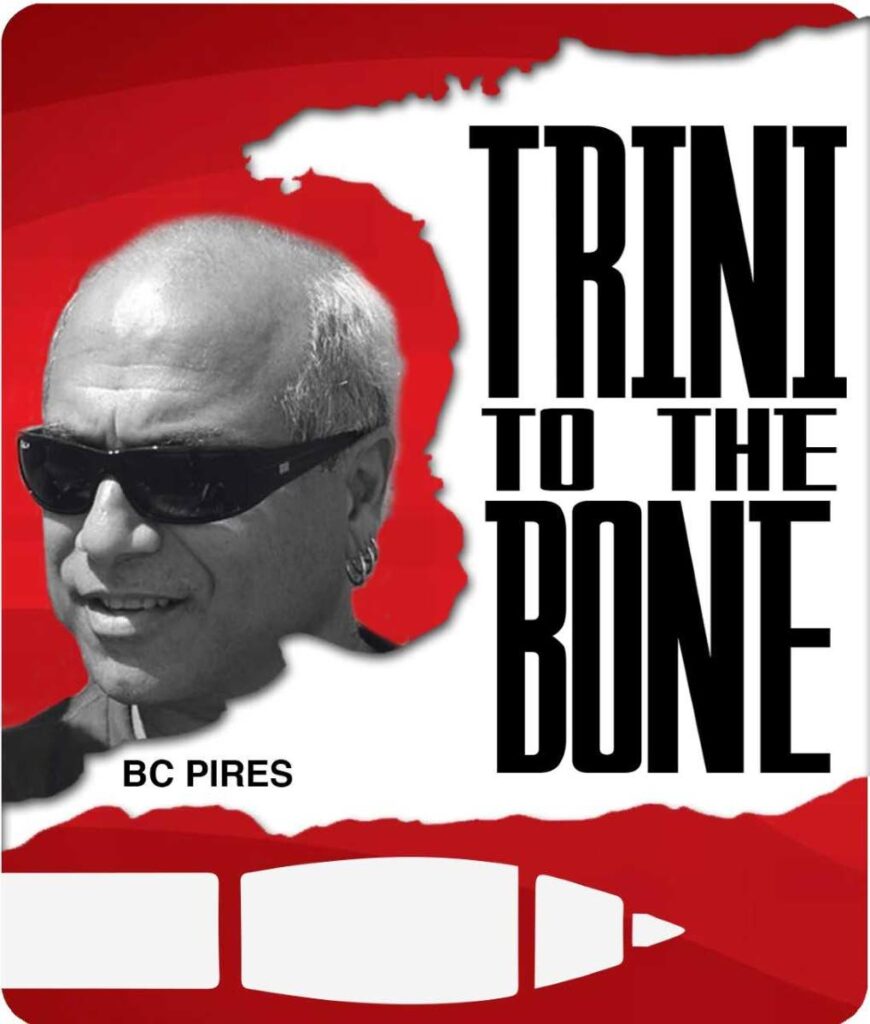