Turtle hatchlings, initially believed to be leatherbacks but later confirmed as hawksbills, made their debut early Sunday morning at the Maracas Bay Beach Facility.

A statement from the Urban Development Corporation of TT (Udecott) said the nest had been monitored by Udecott’s facility maintenance team over the past few weeks. The statement identified the turtles as leatherbacks.

It said Trinidad and Tobago is the largest leatherback nesting site in the northwest Atlantic and local conservationist groups work to protect the species.

“The area was immediately cordoned off, as the hatchlings began emerging to make their trek to the water unencumbered.”

The release said beachgoers on Sunday were happy to see the hatchlings, and co-operated with the directive of the team not to interfere.

The statement said the number of leatherbacks has seriously declined over the last century.

“Globally, leatherback status, according to the Union for Conservation of Nature and Natural Resources (IUCN) is listed as vulnerable but many sub-populations, such as in the Pacific and southwest Atlantic, are listed as critically endangered.”

After its announcement on Monday, the photos of the hatchlings drew public attention as many began to comment that they were not in fact leatherbacks.

Vice president of the Grande Riviere Nature Tour Guides Association David Silverthorn, in a brief phone interview with Newsday, made the distinction.

"They are definitely hawksbills," he said. "The leatherback's shell is elongate with seven distinct ridges, soft leathery texture, black with pale white spotting. The hawksbill has a hard shell with overlapping scutes (the plate-like, hard scales on its shell) birdlike beak, and the shell's edge is serrated, dark brown in color, and oval in shape." 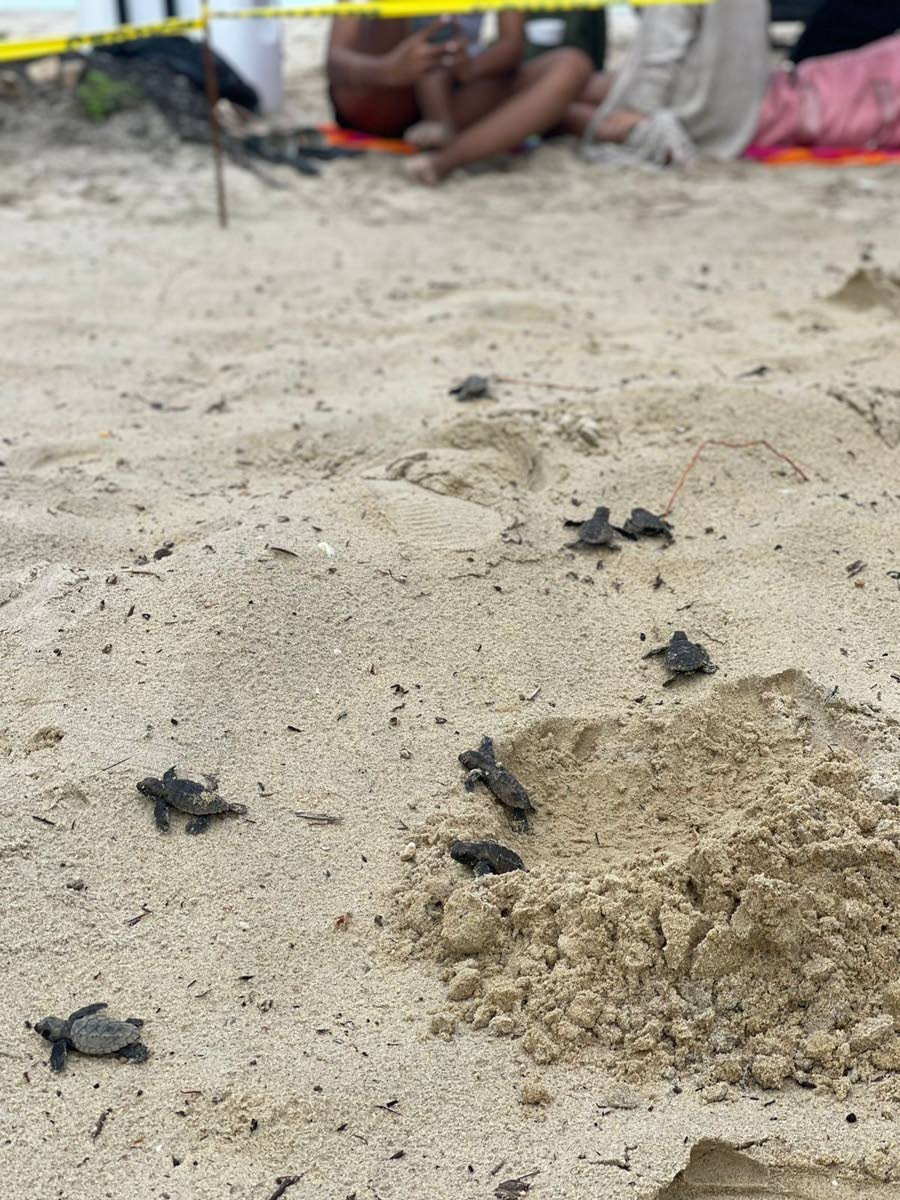