Davidson-Celestine defeated her predecessor Kelvin Charles in the PNM internal election to assume leadership of the council in January 2020, while the PNM enjoyed a comfortable ten-two majority in the THA over the Progressive Democratic Patriots.

Two elections later, the PNM's seats have dwindled first to six, and now just one. Davidson-Celestine lost her seat. She ran in the electoral district of Signal Hill/Patience Hill.

In an interview with Newsday on Tuesday, analyst Dr Shane Mohammed said he was not surprised by the margin of the PDP victory.

He said Davidson-Celestine's tenure as head of the PNM has "not been a smooth ride."

"Since she assumed the leadership, there has been nothing but chaos within the Tobago Council of the PNM, which has caused there to be factions and people walking away from the institution. You have to look at that as a serious factor – not only the lack of leadership skills but the type of leadership that she brought to the table, and it was one that was narcissistic.

"I would say that she was narcissistic from the onset, because she was more concerned about creating history for herself, in becoming the first female chief secretary, as opposed to building a profile and building a personality and a track record that would have had people gravitate towards her and give her the mandate by voting for her to become the first female chief secretary.

He said instead, she alienated people within her party.

Davidson-Celestine was criticised by some after she asked Charles to step down as Chief Secretary when he lost to her in the PNM internal elections.

Mohammed said when the post-mortem is done, the buck stops with the leader.

“An organisation is only as good as its leader in this setting. Therefore, given the results, I don’t believe that she is equipped to lead.”

He added that the PNM's inability to hammer out a power-sharing arrangement with the PDP after the six-six tie worked against it. He said the PNM has never been about the individual but the strength of the institution.

Asked what the PDP needs to regroup, Mohammed said Davidson-Celestine should not be a candidate in the future.

He added, "They will regroup, but I don’t believe that the PNM is going to take control of the THA any time in the near future, given the fact that people seem to have embraced Farley’s (PDP deputy leader Farley Augustine) philosophy, his ideology, his sincerity, his honesty.”

Dr Bishnu Ragoonath told Newsday he is uncertain whether the PNM would move on from their leader.

“If we are to follow political leaders, (UNC leader) Kamla Persad-Bissessar has lost how many elections? – and not yet resigned. I’m not sure the PNM is going to call on her to resign. We don’t know.”

Ragoonath said the margin of victory had shocked him.

There were 12 seats in the January elections, but that number has now been increased to 15 to avoid deadlock.

He said there were a few seats where the margin was minimal.

“Ancil Dennis lost by two, Tracy by 16 or something like that, Joel Jack by 160 – clearly, they were able to retain the mass of their support. If we are saying that the numbers for these people did not change significantly, why did they lose? Is it that some people who voted PNM last time around did not vote this time?”

He said the PNM ran a negative campaign counter to the thinking of Tobagonians.

“I think that part of the challenge we have had with the PNM is that the same strategies they have used in Trinidad, they have attempted to use in Tobago in the context of having the same results. The difference, however, is that you have to look at the demographics and the population mix and ethnicity and all of those things..."

He said the result of the THA elections could affect the balance of power in the two Tobago parliamentary seats in a general election.

"If they cannot maintain their two seats in Tobago, bearing in mind that they only have a one-seat majority in Trinidad, that now puts the whole (onus) on the PNM having to change their strategy in Trinidad, or at least having to modify a strategy that they can increase their seats in Trinidad if they have to retain government in Trinidad.

"So clearly, yes, it is a serious concern for the PNM as they go forward.” 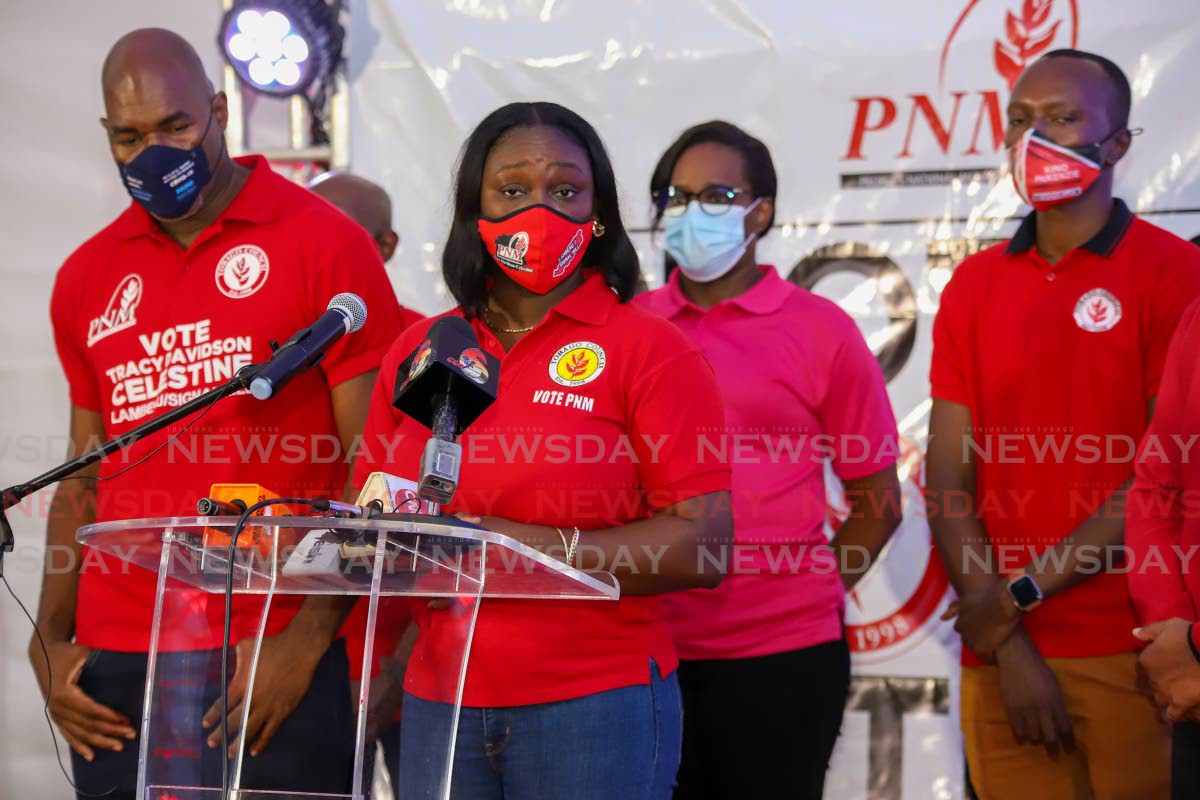