EVEN as TT marked the grim milestone of crossing 2,000 deaths from the covid19 virus, with 11 deaths on Wednesday taking the toll to 2,009, the Health Ministry is warning that the virus is not only affecting the sick and elderly, but also babies.

Over the past three months, 14 children under the age of one have been admitted to hospital with covid19 – with 11 of them being under three months old.

Health Minister Terrence Deyalsingh, speaking at the weekly Wednesday covid19 virtual media conference, said he was given the information by Dr Michelle Trotman during a meeting with regional health authority heads on Tuesday.

“Dr Trotman alerted me that over the past three months, we have 14 children under one year coming down with covid19, 11 of which are under three months old.

"These babies are not going out and about, the virus is coming home to them and then sending them to hospital. Fifty per cent of the parents are covid19 positive, and while I don’t have a hard number yet, the vast majority are unvaccinated. The virus is being brought into the home and infecting the elderly and the children,” Deyalsingh said.

He said four children under the age of 18 had died since the pandemic began.

This is the 20th month of the virus being in TT, as the first case was announced on March 12, last year. The country recorded its first covid19 death on March 25, last year.

On July 20, TT recorded 1,000 covid19 deaths when two people, an elderly woman with comorbidities and a middle-aged man without comorbidities, died that day.

It is also noteworthy that since the state of emergency ended last Wednesday, TT recorded some of its highest daily numbers since the pandemic began.

Epidemiologist Dr Avery Hinds said for the month of November, the total number of cases has surpassed the totals for the months of July through October. He said positivity is approximately at the 45 per cent mark, showing a definite change in viral circulation patterns between July, August, and September.

Seven of these people had comorbidities including diabetes, hypertension and heart disease, while two had one comorbidity and two had no known comorbidities.

The number of deaths in November, on a weekly basis, has gradually increased from the first week with 79, to 86 in the second week, and 109 in the third week.

On Wednesday, it was also reported that there were 689 additional covid19 cases. These new cases were recorded from samples taken between Nov 20-Nov 23. The total number of active covid19 cases is 9,297.

A total of 64 people have been discharged from public health facilities while there were 264 recovered community cases. 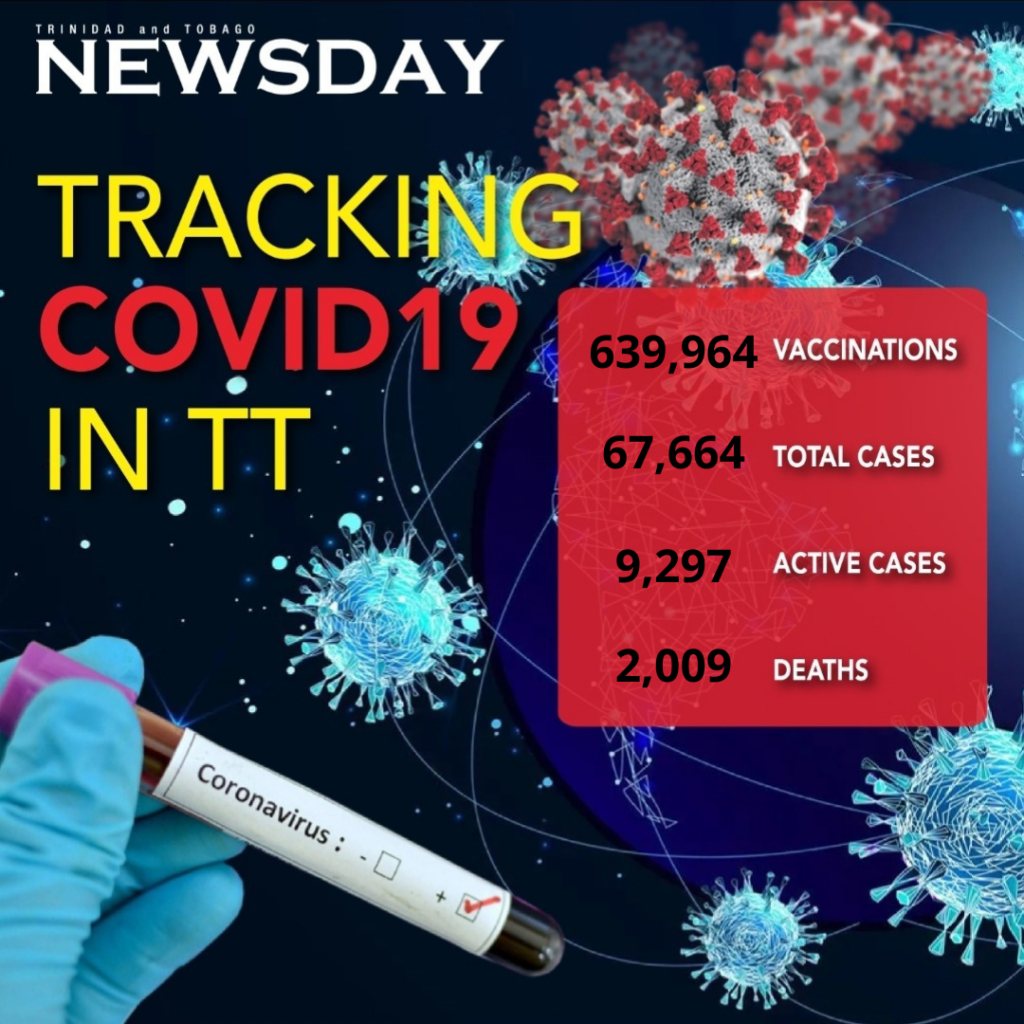 Recovered community cases are cases where people who tested positive were placed in self-isolation at home but later met the discharge criteria to be released.

Deyalsingh said 1.1 million people aged 12 and above are eligible to be vaccinated, out of a population of 1.4 million.

“There is a concept that herd immunity is an all or nothing state, which it is not. When we speak of the level of vaccination needed to reach herd immunity, we’re speaking about the level of vaccination required to essentially extinguish transmission, meaning the virus does not have the probability of finding a susceptible person to jump to even if it enters the population.

"That level of vaccination varies depending on how quickly the virus can transmit itself from one individual to another. The further we get in vaccinating the population, the slower the virus will be able to transmit itself, so if we can only vaccinate a given percentage of the population with the available products, and we can get all the way to there, although it might not get to where we can extinguish transmission completely, it will slow the number of new cases we get.”

With reporting by SHANE SUPERVILLE