PRESIDENT of the Kendo Federation of Trinidad and Tobago, Eddy Devisse, is on a mission to spread the form of modern Japanese martial arts in this country by also passing on his knowledge to children in deprived communities.

“Kendo is Japanese. It is the training method that was used by samurai a few hundred years ago,” Devisse said.

He explained that when Samurai’s wanted to practise and not hurt each other they would refrain from using swords and instead use bamboo to practise their technique.

Modern-day kendo is not violent as bamboo swords (shinai) are used along with protective gear.

In kendo, a traditional Japanese style of fencing, participants, who are called a kendoka, try to hit specific areas of their opponents' body to earn points. A kendoka is required to show fighting spirit by shouting when attacking the opponent.

Devisse said there are three disciplines in Japan that are held in high regard – kendo, sumo and archery. All police officers in Japan are required to practise kendo.

When Devisse introduced kendo to TT more than 15 years ago the public was eager to learn this form of martial arts.

“People were excited about kendo because everybody here, at some point of their lives, they have seen all these martial arts movies.”

In TT many are fascinated by martial arts movies or “kick-up” movies as it is popularly known.

Devisse said beginners in kendo soon realise they cannot learn what they see on TV in a couple months or years.

“The reality is you are not becoming a martial arts expert in two weeks, two months or two years and you are probably not going to do what they do in the movies either.”

After a few classes his clients understand how much training is required to become capable in kendo.

“The reaction people had 15 years ago is the same reaction people have now. They are super excited about the idea of doing kendo. They join and then after a few classes they realise 'it’s not what I thought necessarily, it is actually hard' so because of that a lot of people join, but a lot of people drop off because of the nature of it and that’s okay, that’s usually how it is.”

Devisse, who lived and trained in Japan and California, said he tweaks the curriculum for his TT clients.

“I had to adjust the curriculum a little bit, the training methods. If it is hot and humid and we don’t have the luxury of training in air-conditioning (we adjust)…plus the general mentality (is observed), the general discipline or whatever the culture is essentially.

“We have had to make some adjustments to make sure that people still enjoy themselves and I think that’s what we have been doing for the last 15, 16 years.”

“We are going to start seriously teaching kids,” he said.

In 2019, Devisse started to introduce kendo in underprivileged communities, in a collaborative effort with the Police Service.

Classes began with children at the Beetham Community Centre but because of the covid19 pandemic the programme was brought to a halt. Classes were held once a week for a couple months before they were stopped.

Discussing how kendo can benefit children in deprived communities, Devisse said, “It gives them an outlet for all the negative energy they may have. It gives them an opportunity to release all of that in a controlled environment.”

Devisse, who compared the youth kendo programme to the Sea Lots Boxing initiative over the last two months, said, “You learn it is a lot of hard work, it makes you develop a lot of self-confidence, develop positive characteristics, develop respect for your training partners, respect for authority and the community.”

Devisse’s kendo classes are based in Port of Spain, but he has goals of reaching all of TT.

Devisse’s work has not gone unnoticed as he was honoured for his service earlier this year.

A media release in August by the Embassy of Japan said, “On August 20, the Ministry of Foreign Affairs of Japan announced the recipients, 177 individuals and 41 organisations, of the Commendation from Minister for Foreign Affairs for 2021, including Mr Eddy Devisse, president of the Kendo Federation of TT.”

The minister’s commendations are awarded to individuals and groups with outstanding achievements in international fields, in recognition of their contributions to the promotion of friendship between Japan and other countries. The commendations also aim to promote understanding and support for the recipients activities among the Japanese public.

“The Japanese Embassy is really supporting us because they see what we do and they say this is the real thing,” Devisse said. 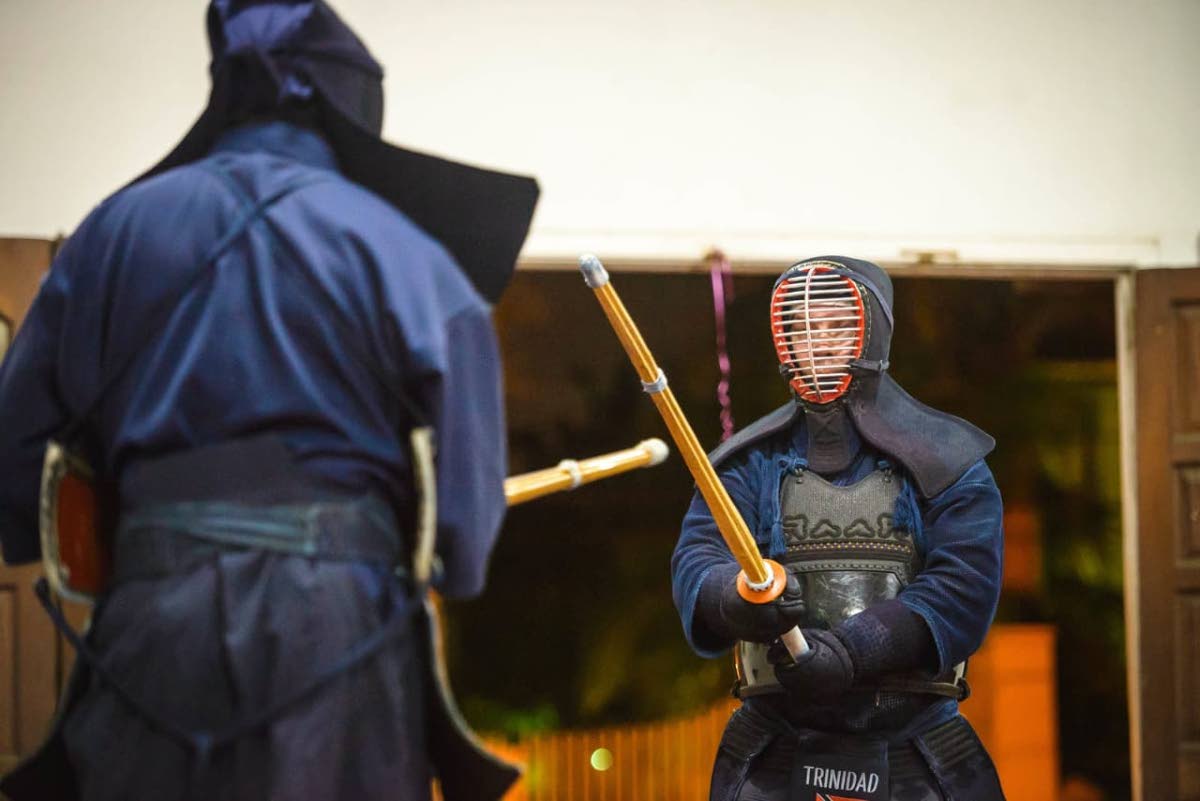 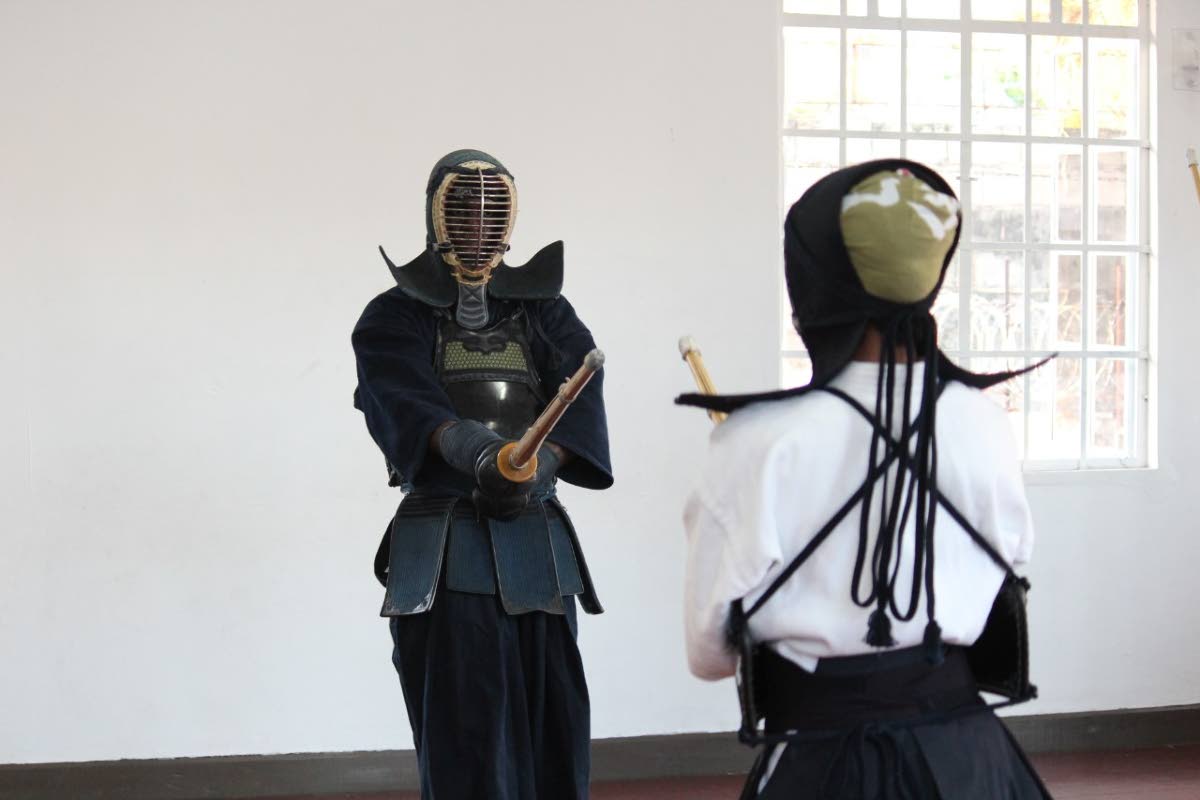 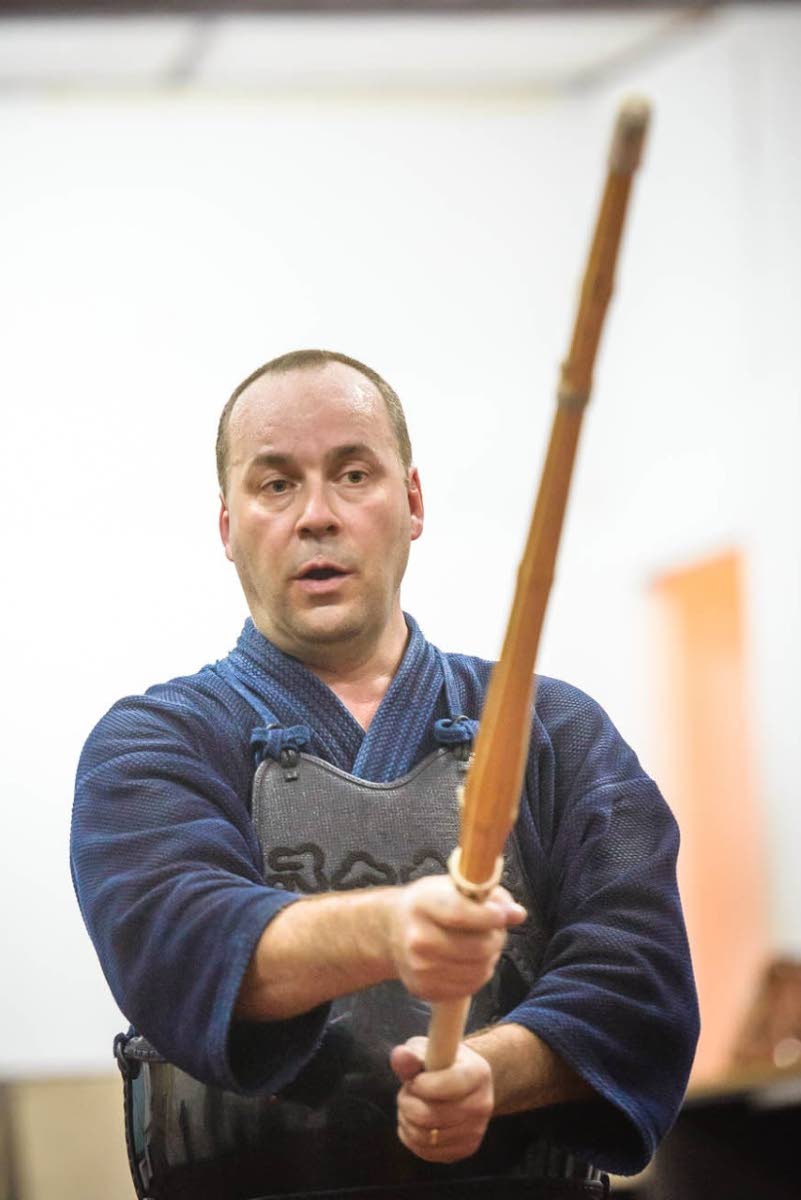 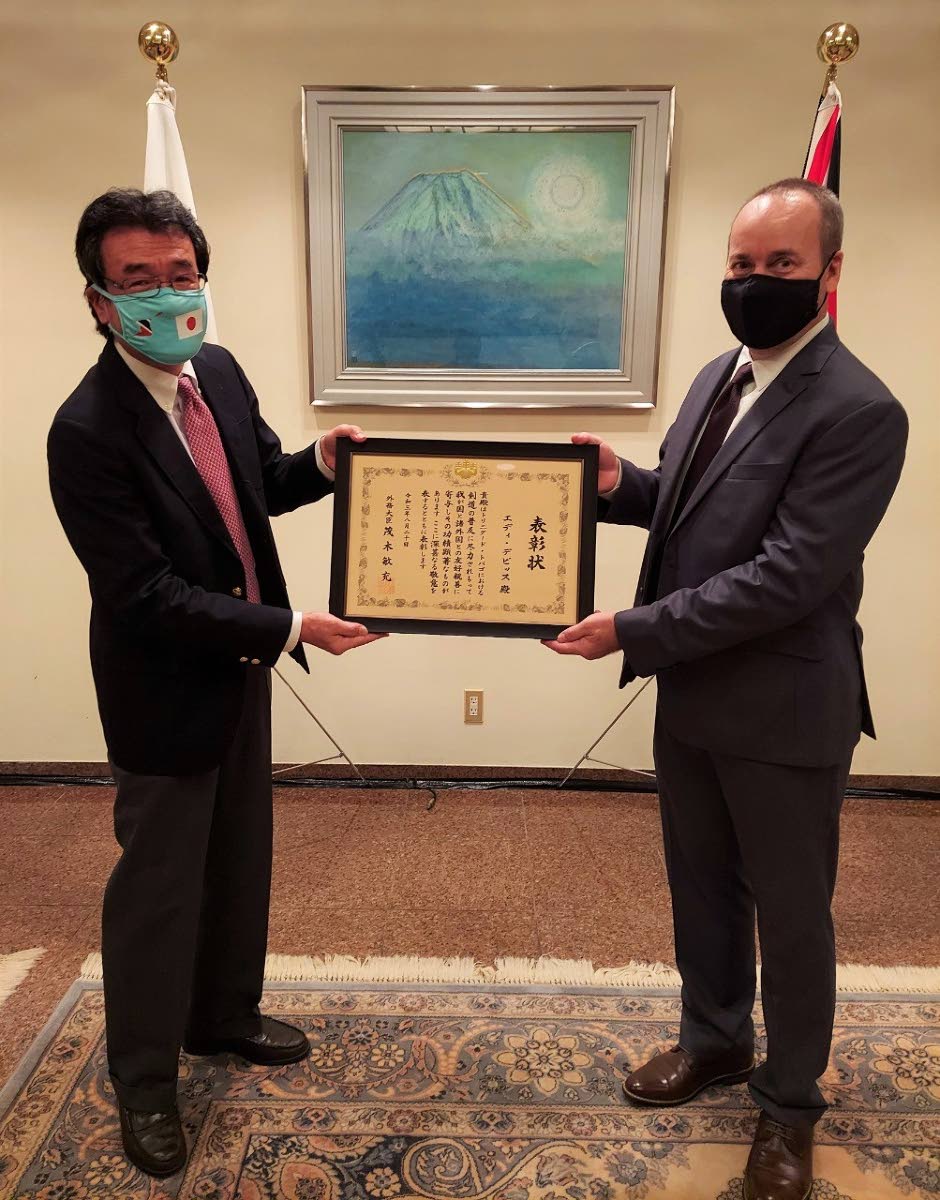