My name is Geoffrey Frankson and what you are reading is not the truth.

It’s not that I am telling lies. But that I don’t know the truth.

I am Belizean/Jamaican. And Trini close to the bone.

I met my Trinidadian wife, Gwyneth, in Oxford. She beautifully mothered Robert and Michael.

I came to appreciate her forbearance after we separated and I fathered Joel with Pearl.

While I don’t “come from” Trinidad and Tobago, I certainly came to be me in that delightful little country. I literally had family, friends and close acquaintances in every cultural nook and cranny – urban and rural, rich and poor, and of every ethnicity.

Between the work I did, the sports I played, and the uncountable limes that I’ve been on, it’s been a hell of a ride.

I identify, perhaps, with the striking sense of the absurd in the patois culture. Sans humanité and all that.

In Trinidad, parang took me back to my Spanish-Belizean roots. The music, yes, but also the dancing and the prolonged liming.

I was raised Catholic but the indoctrination was a little too obvious to stick.

In the interest of stability, I allowed my children to be guided by their mothers’ strong convictions.

If I felt a need to pick or believe in one, it would have to be Spinoza’s God, in Einstein’s words, a God “who reveals himself in the lawful harmony of all that exists.

“But (doesn’t concern) himself with the fate and the doings of mankind.”

Which is why I married one. And also why we split up.

I was also drawn to Trinidad in my final year at Mona, UWI, by the cultural characteristics I saw in the Trini students: the sense of humour, the irreverence, the insouciance and joie de vivre.

I am now settling down in Belize with yet another Trinidadian, a willing victim of their irresistible mystique.

I inherited a citrus farm which I now want to transform into a 400-acre garden, but rest assured I will be returning regularly to Trinidad.

My father, a black “Englishman,” born in Bog Walk, Jamaica, was sent to British Honduras – now Belize – to serve the king of England.

Unsurprisingly, I was sent to an English-style boarding school in Jamaica. It was pretty miserable. (Under) a string of transplanted Englishmen and Englishwomen, never understanding what I was doing there, I studied just enough to get by and waited to see what would happen next.

I spent many happy holidays with my large Jamaican family (all over) that beautiful island.

I seriously wanted to be a palaeontologist, but the adults all found that amusing, so I said, “Okay, a thermonuclear astrophysicist.”

When they insisted on a serious answer, I said medicine. As was expected.

I was brought back to St John’s College in Belize specifically to win the Belize National Scholarship, which I did.

Medical school at Mona, UWI, were the happiest days of my life.

Yes, I had to study, but I figured out an easy way to do it and eventually became a doctor. With a gold medal and a couple awards.

Not exactly a dream come true, but what the hell.

My father suggested I apply for a Rhodes Scholarship. No way: I was tired.

So he did, and I was called for the interviews.

Ralph Gonsalves, the current Prime Minister of St Vincent, who was next in line, missed out. I found out I had won by cable.

What a place it was, Oxford! I’m not name-dropping, this is how (the university) opened the world to me: the anthropologist, Godfrey Lienhard took me under his wing. He invited me to lunch with Isaiah Berlin and to guzzle beer in The Gardener’s Arms with EE Evans-Pritchard. And to listen to the alcohol-induced bantering of other world-famous academics.

I sat in classes taught by a young Richard Dawkins, Nobel laureate Niko Tinbergen, and the nattily-attired Desmond Morris. I listened spellbound to Julius Nyerere in the Sheldonian and chatted with Wole Soyinka.

I took the new interdisciplinary degree in human sciences, although I only completed two of nine courses. And had to use medical-school studying techniques to get through the exams.

For 17 years in Trinidad, (I wrote) a weekly column in the Express under the pseudonym DR Coldson, Medical Opinion. Which sub-title was dropped when I wandered off into all sorts of other topics.

To the great relief of the Medical Board. which had actually voted on trying to stop what they felt was too critical a perspective on the profession.

I spent 11 years doctoring employees and raising my sons on the bucolic Brechin Castle sugar estate. I left when I could no longer stomach the egregious incompetence of one of the other doctors.

Then two years of setting up employee assistance programmes by Families in Action, an NGO primarily offering spiritual counselling to drug addicts and emotionally-distressed individuals.

I finally felt a zeal that had eluded me since childhood when I opened the first “wellness centre,” which lasted 15 years but required a lot of explaining and never really prospered.

Probably because I spent too much time writing the computer programs with which it operated.

Now, I note with some satisfaction, there are “Wellness Wednesdays” in Trinidad and a Ministry of Health & Wellness in Belize.

Though I only observe from the outskirts of the capital, Belmopan. Safely ensconced, during this pandemic, on a citrus farm my father and brother built.

And where Deborah has generously committed to shepherding me through life’s departure lounge.

I got vaccinated, of course, and suddenly felt an urge to start writing again in order to fight the hesitancy and the ignorance.

And the ugly American – read Trumpian – influence bedevilling efforts to manage the pandemic.

What you are reading is not the truth. I am recording what I remember (of) an experience from which I have never fully recovered.

I was seven and in love. She was beautiful and blonde-haired – until I was 15, when my mother (insisted) she’d had black hair. Her family had migrated from Belize (when I was eight).

I can’t recall how I knew she had gone to that tiny island but I do know that I specifically went to Grenada when I was 23. To see what colour her hair was.

Her hair was black, and I have never regained my trust in what I think is the truth of anything. There was also the soul-searching question about why I would have fantasised that she was blonde.

And no, as an adult gentleman, I did not prefer blondes.

I really don’t want my teeth to all fall out. But I just don’t like to floss!

Perhaps my favourite Trini phrase is the classic response to the question “Why did you do that?”

When I’m away from Trinidad and Tobago, the thing I miss the most is everything.

There is probably a greater variety of Trinis in these two islands than can be found in any similar sized population on Earth. Yet there is in every one of them that special Trini way of muddling through vicissitudes that leaves you smiling.

To me, Trinidad and Tobago means memories – including some good ones that I have forgotten. (Spoiler would understand that joke.)

At my age, those memories mean more than anything that is happening in Trinidad and Tobago today. 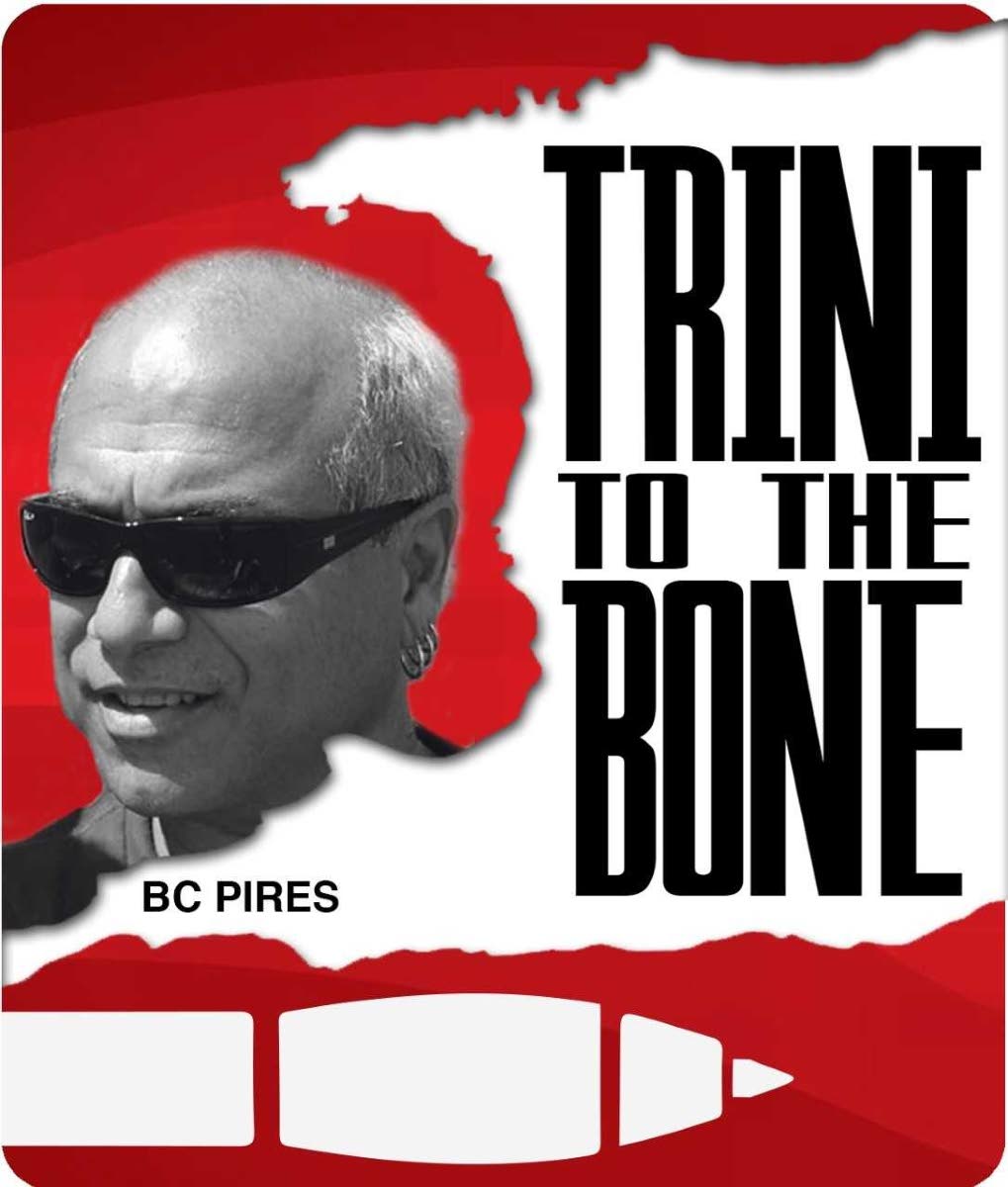