THE Prime Minister has dismissed the advice of the Law Association which has cautioned against making public statements that could infringe upon the sub judice rule.

The association was referring to comments made by Dr Rowley on a Court of Appeal matter which seeks to make murder a bailable offence.

On Tuesday in San Fernando, at a virtual meeting of the People’s National Movement (PNM), of which he is leader, Dr Rowley declared he is not minded to take advice from the association, while Attorney General Faris Al-Rawi, as titular head of the Bar, said the association’s commentary lacked balance.

In its release, the association said in part, "The public is reminded that the sub judice rule restricts persons from making statements about matters, that are under judicial consideration, that have the potential to influence the outcome of a case.

“This rule is critical to the maintenance of judicial independence and the administration of justice in any democratic society.”

It said while it is perfectly lawful to criticise the Judiciary, it finds itself being called upon too often to "caution politicians about public utterances which often border on or may amount to contempt of court."

Al-Rawi observed, commentary had been made on pending matters by the Opposition, including the one brought by activist Ravi Balgobin Maharaj regarding the Police Service Commission and the President. He questioned where the association was when this was happening.

Rowley called on the audience to show by raise of hands, if they knew this country is on the verge of possibly giving bail to people accused of murderer.

The court is expected to rule before the end of the year, and Rowley said he was duty-bound to tell the people he represents about the effects striking down Section 5(1) of the Bail Act could have on the population.

He compared the American judicial system where the whole process from being charged to guilt or innocence is done in full view of the public, to his own country where, he said, lawyers wanted their business conducted in secrecy.

Al-Rawi opined, “Trinidad and Tobago is under constitutional attack. There is nothing sacred in the mouth of the Leader of the Opposition Mrs Kamla Persad-Bissessar.

“When you see Mrs Persad-Bissessar talking about the Ravi Balgobin Maharaj case and weaving conspiracy theory day and night about the PM and the AG and about the President, when the judge has not yet ruled, I ask where was the voice of the Law Association.

“When you hear Mrs Persad-Bissessar day and night, when you hear (Senator) Anil Roberts day and night, when you hear (Senator) Jayanti Lutchmedial day and night, talking about a fellah named Vincent Nelson QC, and going in commentary in relation to whether there is an indemnity by the State, and what the AG did, and what the AG may or may not have done to secure a whistle blower to give evidence in the court, where a fair trial is expected, where guilt or innocence can happen, where Mr Anand Ramlogan and Mr Gerald Ramdeen are involved, where is the voice of the Law Association on that?” 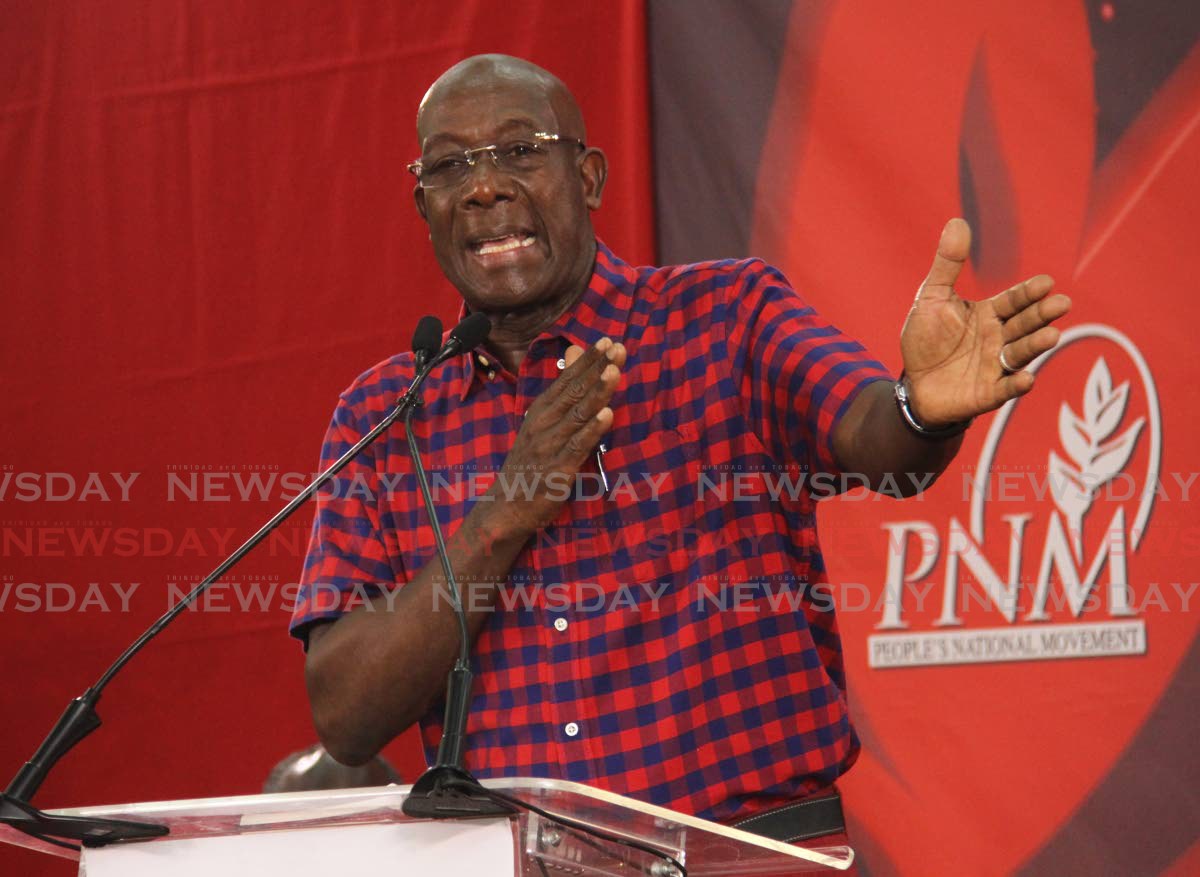