Young farmer and 2019 National Youth Awardee for Agriculture Curtis Carabai has been selected for the Young Leaders of the Americas Initiative (YLAI) initiative out of a pool of 1,800 applicants. And he is planning to implement what he learns about agro-processing in the programme in his Dow Village farming community when he returns home.

Launched in 2015, the US Department of State’s YLAI empowers emerging business and social entrepreneurs from across Latin America, the Caribbean, Canada, and the United States, to realise the full economic potential of the region’s citizens.

The YLAI Fellowship Program is an annual exchange programme for 280 young business and social entrepreneurs from 37 countries across Latin America, the Caribbean, and Canada, who are matched with businesses and organisations across the United States. In addition to entrepreneurial leadership training, YLAI Fellows build new skills, share best practices and forge commercial ties.

The 28-year-old owner of Carabai's Fresh Produce told Newsday his involvement in the 2022 YLAI stemmed from his 2020 Youth Award.

"Young people are attracted to success and everybody likes to work with winners. The award brought influence not only because of its status but it shows the work I'm doing is recognised at a national level."

He added: "It was an honour and an opportunity to keep growing and not just standstill. It is always about moving upwards for me. Applying for the YLAI was my way of moving upwards from the Youth Award."

He explained the six-month YLAI programme covers different sectors and his sector would be agriculture/agro-processing.

"I am hoping to work with a US-based company whose speciality is agro-processing. It is something I want to get involved with on a large scale. I don't know any (local) farmers who make produce and add value. We are so accustomed to traditional agriculture where we grow and sell to the middle man and wholesaler."

The YLAI programme begins in January and Carabai will participate virtually before visiting the US in June to work with either an agro-processing company or a mega farm.

He said his business Carabai's Fresh Produce has already started the process of taking items from the farm and adding value to be sold in the grocery. He added, however, with the lack of technical advancement in Trinidad and the lack of training it was difficult for him to grasp it.

"That's the main reason I'm applying for (the YLAI programme). I want to grow abroad and learn at a professional level and bring it into my company and my community of farmers."

Carabai's Fresh Produce started about 2016 and is based in Carabai's hometown of Dow Village, Oropouche. He sells patchoi year-round (it's his favourite crop) and has sideline crops of tomatoes, sweet peppers, peppers and lettuce. Currently, Carabai has a crop of cabbage and cauliflower.

"I try to plant to catch a high price."

It's a family business and he works with his father and girlfriend, and regularly hires two cousins to assist. Carabai said the work is very labour-intensive and in about half a day they would plant 20,000 roots of patchoi.

His products are sold in south-based groceries and next year he is looking to expand into central. He also sells to wholesalers who would sell all over the country.

In Dow Village Carabai works in a community of farmers and he stressed it was not only about developing his business.

"It is not about competition but about collaboration."

He explained in the farming-based community they work to support each other.

"At times I may run out of patchoi. I would go by the neighbour and he would help to sustain orders until the crop is ready again. We work together as one."

It was through working with other farmers that he developed two value-added products for groceries, namely corn and spinach. Carabai explained the young farmers would grow them and he would make them into a value-added product by processing and packaging them.

"I am helping to build revenue for the farmers."

When Carabai is not running his farming business or fishing (he owns two boats) he wears the cap of a dietetic aide in the department of nutrition and dietetics in the South West Regional Health Authority (SWRHA).

In early 2021 fellow dietician Marisa Dowrich-Prince approached him with the idea of doing hydroponics farming (growing crops without soil but via mineral nutrient solutions in an aqueous solvent) to help feed the in-house patients. The project would become the groundbreaking Culinary Food Park and Hydroponic Garden System, which was launched in March at the San Fernando General Hospital. Carabai said they grow patchoi, lettuce and chive for the patients.

"It feels like home. You plant a kitchen garden and you eat what you plant. To create in-house sustainability feels like an honour to me."

He said people are concerned about what they eat being produced by farmers who use a lot of chemicals, but this system allays those concerns. He added it encourages cooks to take pride in how they prepare a meal, as they know the ingredients are coming from right outside. He reported some have even started their own home kitchen gardens.

Carabai explained the main reason for the hydroponics system was to cut down costs, as hospital food bills tend to be very high. He said Dowrich-Prince pitched the project to him because of his expertise in farming and they decided to partner with the Siparia village-based non-profit agricultural service WhyFarm.

He said the system has been a success and has cut down on the food bill as expected. It has also be extended to the New Horizons Rehabilitation Centre in Piparo.

Another project Carabai has become involved in is the TT Youth Government, which is a platform for youths aged 18-35 "to use their elected voice to foster change through action-oriented representation and campaigning." Two months ago he joined the group as the youth member for agriculture.

Carabai, who has been involved in farming since he was 16, said he knows a lot of potential young farmers but they have difficulty in getting access to land.

"It is not a sector you get up and be in tomorrow. The main hurdle of getting into the field is a lot of young farmers have land but don't have the correct documents nor a farmer's badge. Because of that they can't have access to grants from the Government, which has a lot of nice grants. It is a big hold-back."

In terms of agricultural education, Carabai said he did not learn about it in school but from his mentor Krishna “Reds” Mahabir, one of the biggest farmers in his village, with more than 40 years’ experience in agriculture. He added, however, there was only so far his mentor could take him and he has to go away to learn more.

"In Trinidad, all we know is traditional agriculture. We don't know about being modernised or technical advancement."

And how can the Government help to bridge this knowledge gap in the sector? Carabai said in the last budget a lot of great plans were announced and a lot of encouragement to get youths involved.

"The Government has things in place and it is just to roll them out. I hope they would come to life soon."

And what advice does Carabai have for young potential farmers?

"The first advice is, 'Don't look at the money.' Once you love a field, any field, you develop the love for what you do first and the finances would follow.

"Agriculture is hard work. You could make money, but you could lose a lot of money. You have to develop a love to see things grow.

"You could lose a 50,000 crop of cabbage and have to keep going. That is what it would take to see if you really like it or you are just interested in the financial part behind it." 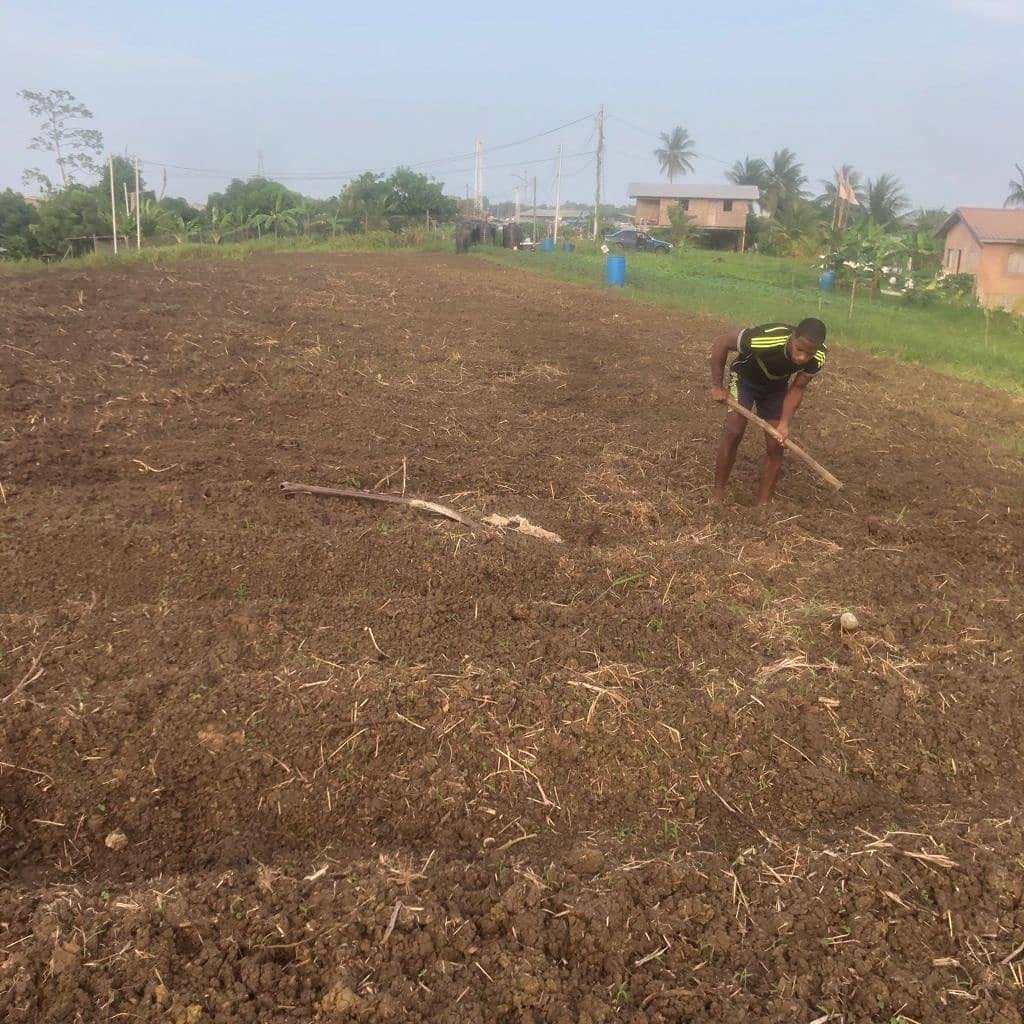 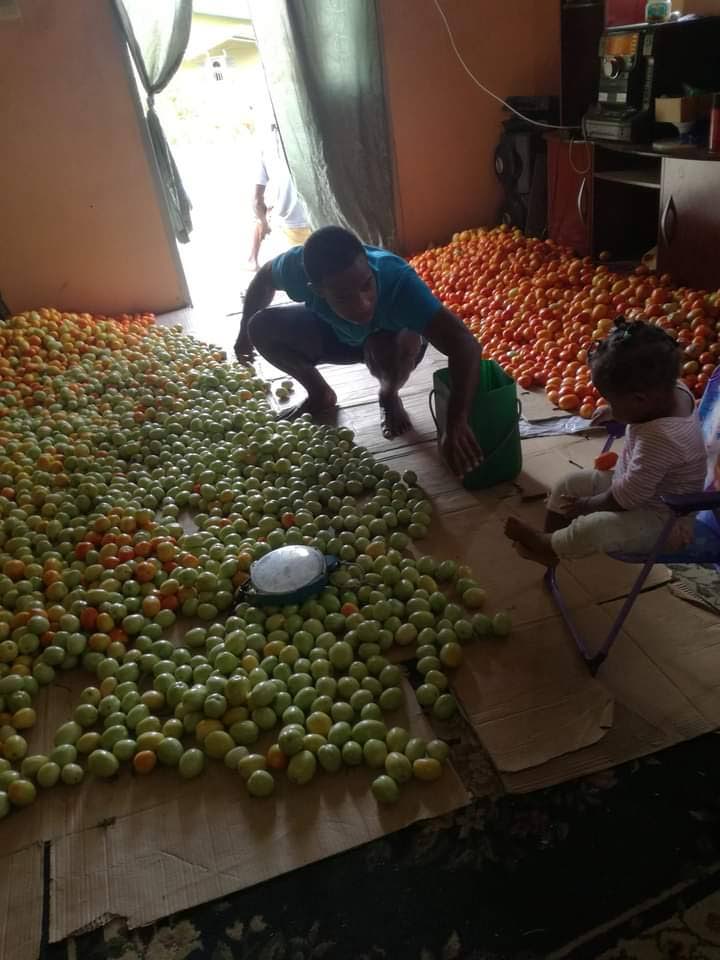 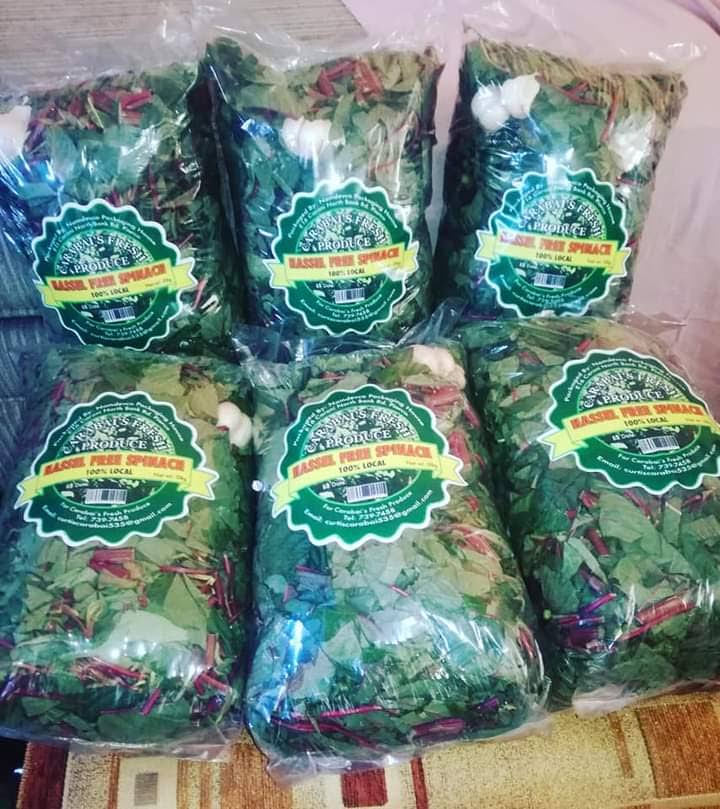