NATIONAL MEN'S football team coach Terry Fenwick expressed disappointment with his team’s scoreless result against Bahamas, on Saturday, which eliminated all hopes of TT securing a place at the 2022 FIFA World Cup in Qatar.

TT were in desperate need of a win in order to maintain their chances of advancing to the next round of Concacaf World Cup qualifiers. However, the 0-0 result at the Thomas Robinson Stadium in Nassau left the TT team in second position (five points) after three matches played in Group F.

Only the top team, St Kitts/Nevis (nine points) will advance to next round of qualifiers. TT’s final group match, and final match in the 2022 World Cup qualifiers, against the group leaders will take place on Tuesday at Santo Domingo, Dominican Republic.

At the post-match press conference, Fenwick said TT were unable to capitalise on their chances in front of goal and were punished for a toothless effort.

“For the quality of players that we’ve got within the squad, this is a big disappointment," said the English-born coach. "We created about six, seven or eight chances and didn’t convert."

Fenwick, the former San Juan Jabloteh and Central FC coach, added, “And if you don’t score at this level, teams can come back and bite you and I thought that’s what they did. (It’s) very disappointing for us, for TT, squandering multiple chances,”

According to the May 2021 FIFA/Coca Cola world ranking, TT are ranked at 102 while Bahamas are at a distant 201. St Kitts/Nevis team are ranked at 135.

Fenwick also credited Bahamas for a job well done. He said they showed more competitive drive on the day although a win for the hosts would still have not put them in contention for a spot in the next round of World Cup qualification.

“I’ve got to hand it to Bahamas. They had a game plan and they took it deep. They wore their hearts on their sleeves. They fought for every ball and grinded out a result.

“Bahamas showed a lot of pride and passion, played for their country and the chances that we missed, I think, were glaring,” he added.

Prior to Saturday’s drawn result, TT won their opening Concacaf Group F qualifier against Guyana 3-0 and drew their second 0-0 against Puerto Rico.

This result saw Bahamas earn their first point in the qualifiers, after they lost 4-0 to both St Kitts/Nevis (March 27) and Guyana (March 30), followed by a 7-0 trouncing by Puerto Rico last Wednesday.

Looking ahead at Tuesday’s game, Fenwick plans to give some of the youngsters a chance to showcase their talent.

“We go into that (Tuesday’s match) with the same game plan. We thought we would have a better result today (Saturday), than we’ve had.

“But we got top class players and some good youngsters coming through, it’s time to see them and we will give St Kitts a good run for their money,” he said.

Fenwick noted that he may attempt a different team formation and would be looking for an improved performance. 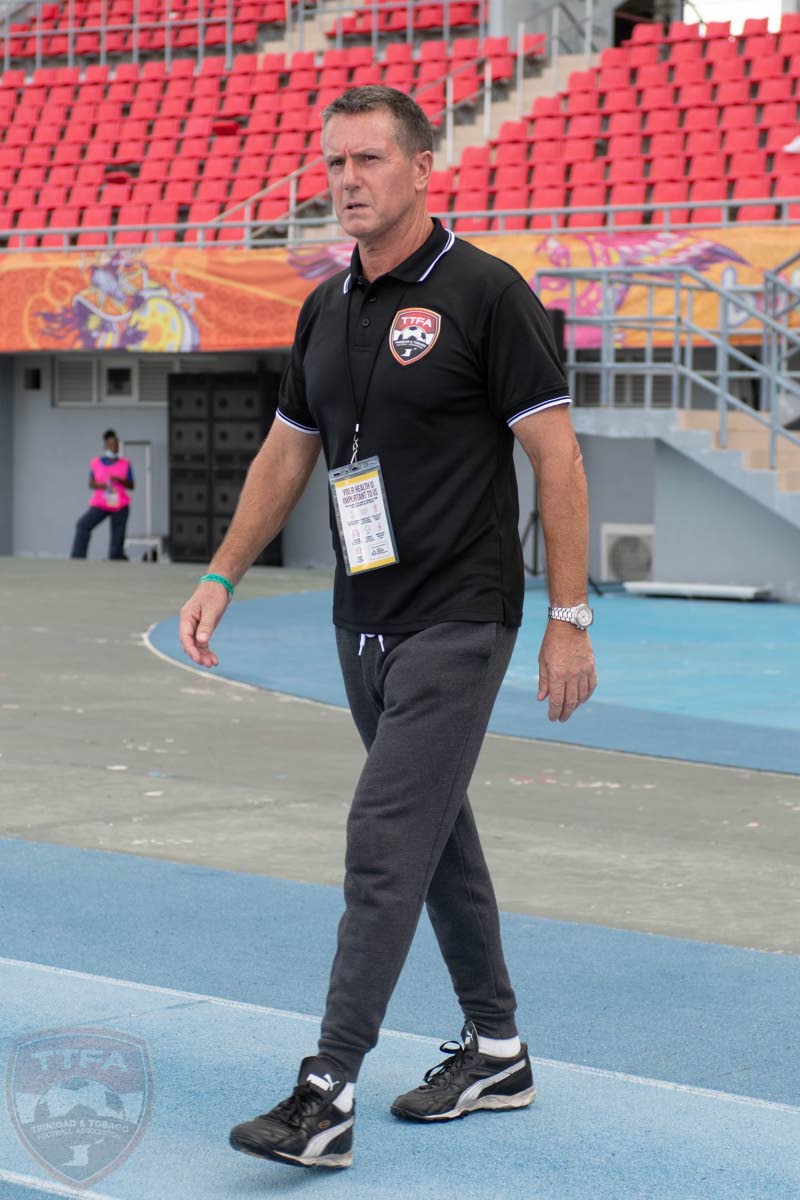