FOUNDER and host of Couch Talk Afeisha Sanchez said the weekly show broadcast live on Facebook was something she stumbled into by chance – and happily so, as it allows her to help represent her community, of which she is proud.

"Some friends of mine started doing a live show on Facebook under the name East Entertainment TV late last year."

The weekly show aired on Saturday nights from 9 to 11 pm, features up-and-coming musical artistes, local culinary stars and entrepreneurs from Sangre Grande and nearby communities, allowing exposure for talent from the locale.

"Sangre Grande does not get the attention it deserves. On TV and in the newspapers, we mostly hear just what's happening in Port of Spain and how people in Port of Spain, especially the west, see and do things."

She said this is the case especially when it comes to good things like creativity and entertainment and, therefore, believes it is part of her responsibility to help share bits of the community's creative and intellectual wealth.

Talent interviewed include a new musical group in Sangre Grande named GYT. They create music that would fall under the trinibad genre. "During the Christmas season, we interviewed soca parang musicians, young creatives starting up clothing companies – anyone doing something to benefit the community." 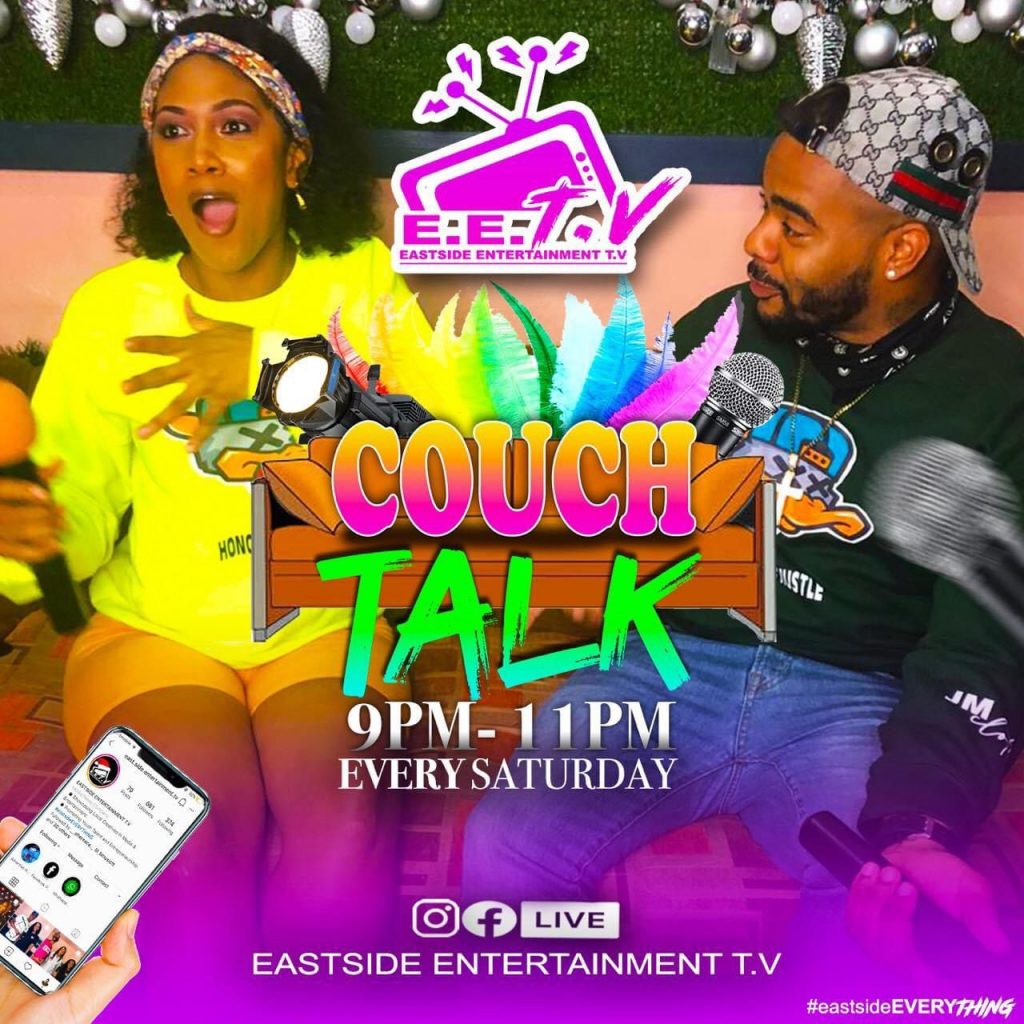 Passionate about unpacking the funny, entertaining and challenging features of life in Trinidad and Tobago, Sanchez said the programme also seeks to educate and inform.

In the heat of media reports on the Drug Sou Sou financial scheme, she decided to help share another side of the story. She had an online conversation with someone she knows who was in an informal rotating saving group where people contribute equal amounts of money into the fund over a specific period, after which each will be able to withdraw their savings at an agreed time.

Sanchez said this episode allowed people to hear about the saving approach from someone who was involved in it and how it positively impacted their life and the lives of people in the community for many years.

The video got many views, and that, Sanchez said, is really how it all started.

Adding her community's point of view to a topic that shook TT to the core, she decided to have an episode dedicated to honouring women and speaking against violence inflicted upon women.

"After the search for, and the discovery of Andrea Bharatt, we invited a police officer who works in the gender-based violence unit." The conversation discussed issues and instances of domestic violence, and provided information on how to help those affected by abuse and gender-based violence.

"Part of our mantra is the acronym, SHOW, which means stop harming our women." It has become a constant message embedded in the programme.

Sanchez said the campaign against gender-based violence resulted in much feedback from the public. "It was enlightening for many people; from how to keep safe, to resources for people at risk such as helplines and shelters. Many people were not aware of these things. We all learned how we could help others and maybe even ourselves should we be in such a situation."

Asked about the online interaction, engagement and reach, she said viewership is made up of people across TT, the region, from the US and UK – regions from which they receive feedback and comments on issues discussed and talent showcased on the programme.

Production managers of the show are Keesean Bascombe and Kevin Cummings and the team behind Couch Talk's creative direction is Sanchez, Ronnie Sardine AKA DJ Ronnie and Jevon Donald AKA DJ Von.

Each week viewers look forward to a culture series on Wednesdays which explores the culture of TT, Hotspot Thursdays discusses the hot topics in local news, House Party Fridays, according to Sanchez is "A boat ride vibe with a backyard finish," and Kulture Sundayz is for lovers of reggae and cultural music – followed by a gospel segment which starts at 2 pm.