THE covid19 virus is blazing through the population so fast that by next Monday or Thursday there will be no space to hospitalise any more patients, the Prime Minister warned in a televised media conference on Monday at the Diplomatic Centre, St Ann's.

Only a drastic intervention to curb person-to-person transmission can ward off the collapse of the parallel health system, Dr Rowley said, banning all food vending and all retail selling until May 23, except for essential outlets such as pharmacies, supermarkets and bakeries, plus the energy and manufacturing sectors. 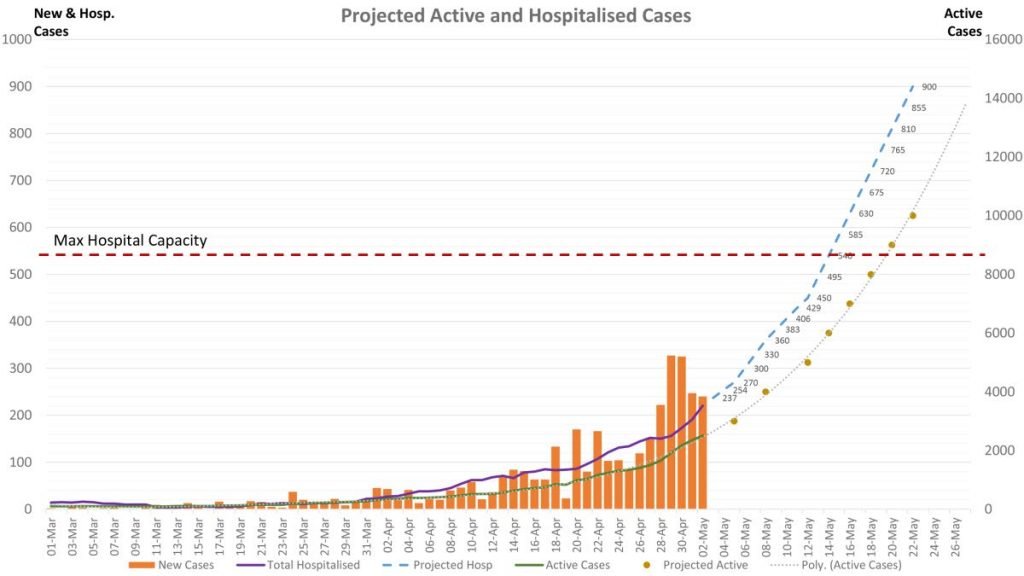 He appealed to citizens to stay home unless on essential business, saying their actions could save the life of a close family member.

Rowley said his decisions were not guided by ill-will or whim, but on the basis of scientific advice from medical officials.

The country's success or failure now depended on how individuals react to what the authorities were trying to do, he advised.

Rowley said foreign news had shown a country's covid19 status can go from "good to bad to woeful" very, very quickly, with numbers growing not by two plus two, but rather geometrically. Action was needed now, he said.

"This medicine is bitter and if you don't take it this is death for some people," he warned.

"All those who put the economy out front, there is nobody in this country who is more concerned about the economy than the Prime Minister of Trinidad and Tobago."

He had no qualms about protecting people.

Rowley said his closure of restaurants and bars last Thursday was not due to malice but to get people to stay home for a short while, to avoid having to do worse things later.

He gave his new measures.

"As of midnight tonight all food service will be discontinued and that includes itinerant or what you call 'street food' selling." Despite any inconvenience, he was sure people could feed themselves. Rowley said up to May 23, only essential outlets may be open, from 6 am to 8 pm.

To non-essential workers, he advised, "Stay home; stay away from people." 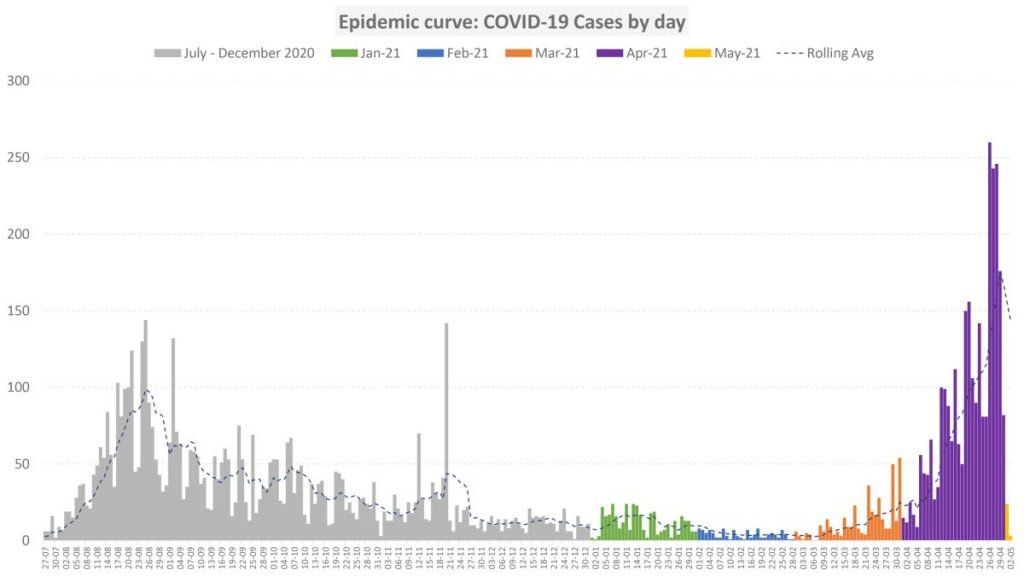 Rowley promised $5 million in food cards to individuals, plus $10 million to religious bodies, while also considering $40-50 million in unspecified help.

He said his decisions were based on the advice of people like Dr Abdool-Richards, even as he now put his trust in his fellow citizens.

"If we don't take this medicine now, our position will be unthinkable."

In the question session, he said Australia had just told its citizens in covid19-ravaged India to not return home, and recalled his grandfather saying that during the Spanish Flu pandemic of 1917, pallbearers on Monday became corpses by Friday.

He urged people not to blame migrants for the Brazilian strain, yet noted Jamaica has put TT on a restricted list due to the P1 strain being in TT. Chief Medical Officer (CMO) Dr Roshan Parasram said with ten new cases, the tally of the Brazilian variant was now 25. 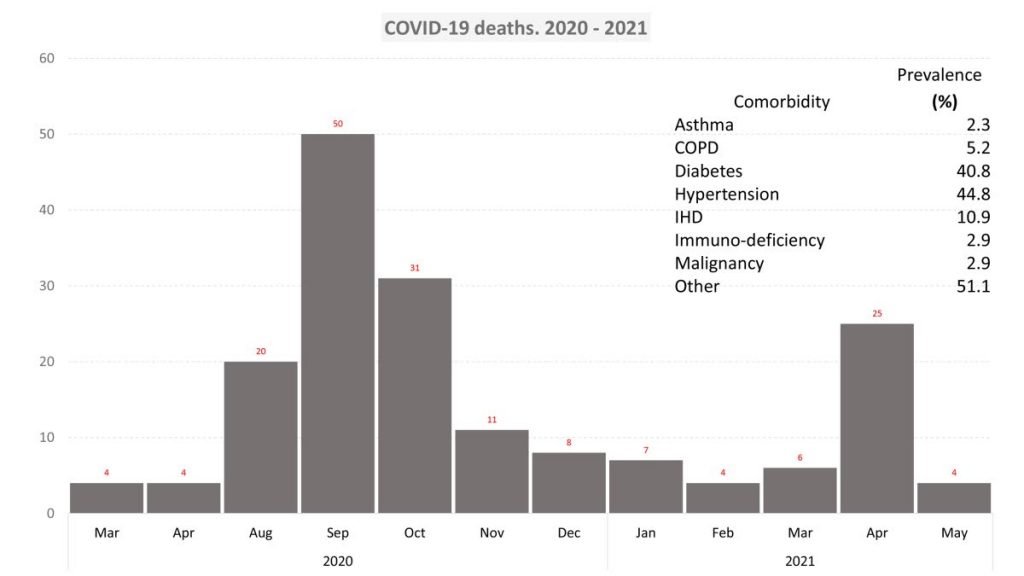 Earlier, epidemiologist Dr Avery Hinds showed graphs listing the number of infections plus projections of this cohort doubling within the next 39 days.

Rampant infection late April led to 2,500 active cases now, set to grow to the "alarming number" of 10,000 infected individuals by May 22, he said.

With three to four covid19 deaths daily in March-April, Hinds said previously most deceased were 60-plus but now many were 50-60 and some in their 40s, with predominant co-morbidities of hypertension and diabetes.

Hinds said within seven-ten days time, the covid19 healthcare capacity would be met.

She said the parallel health care system has 542 beds, but more people were getting covid19 than were recovering, with a net increase of 45 on Sunday and 31 on Monday.

"Within ten days the parallel health system will become overwhelmed if we continue at the current rate."

Deyalsingh said to administer covid19 vaccines TT had 1.7 million syringes in stock and four million on order, and 800,000 alcohol swabs and 500,000 on order.

He said TT will get 33,600 AstraZeneca vaccines in May plus the same number later on, both from Covax, while glad the World Health Organisation has approved the vaccine by Moderna which will send 500 million doses to Covax. Talks are ongoing with Sinopharm, while the African Medical Council was drafting a sales contract, he added.