This is an edited version of a commemoration of its anniversary submitted by the school.

On January 29, 1836, six sisters from the Congregation of the Sisters of St Joseph of Cluny arrived at the wharf in Port of Spain, having travelled by boat from Martinique.

They had been invited to come to Trinidad by Bishop McDonnell, prelate of the Catholic Church in Trinidad, for the purpose of “founding a house of education in which all classes and religions can receive a solid and adequate grounding.”

Three months after their arrival, the six sisters opened a boarding school for girls on April 5, 1836, on the upper part of St James Street (now Frederick Street). Before long they moved to rented premises on Kent Street (now Pembroke Street).

In those early years, students were examined orally by outside examiners in the presence of the nuns and visitors. These exams were called concours and were an exhibition of the literary, artistic and musical accomplishments of the students.

By 1838, the school had 50 boarders and was outgrowing the Kent Street location. In 1840, the Sisters bought a property not far from where they were renting. It was next door to the residence of the bishop and remains the site of the present school on Pembroke Street. 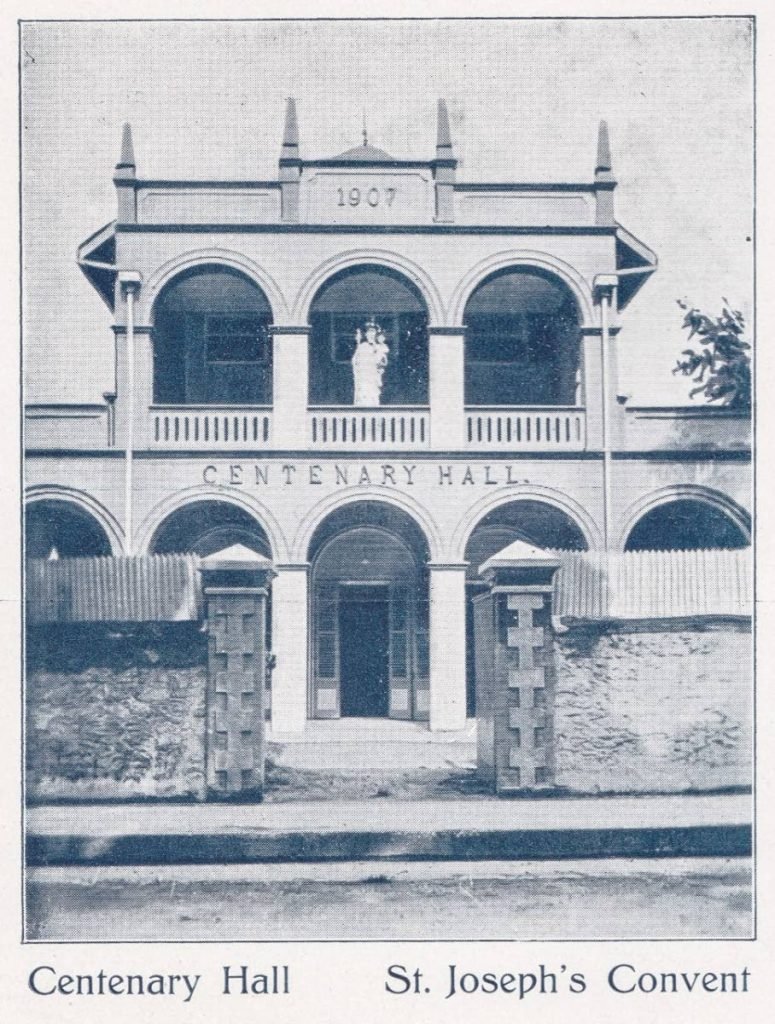 Of course, there have been many changes since then. Over the past 40 years, while the physical structure has remained more or less the same, the school has continued to be transformed and updated to suit the changing needs of its community and better equip students to meet the challenges of an ever-changing, digitised world. The introduction of the AV room and language labs in the 70s gave way in the new millennium to upgraded laboratories, the multimedia wing, multimedia classrooms, refurbished theatre and home economics room and gym and air-conditioning of every classroom.

Academically, the school has excelled over the years. SJC PoS won the President’s Medal in 2003, 2008, 2009 and 2016. It has gained open and additional scholarships in all disciplines: maths, science, art, business, environmental science, modern languages, modern studies and information technology. The ever-expanding curriculum has seen the introduction of environmental studies, entrepreneurship and more recently, music, at the CAPE level.

The school boasts 43 clubs and organisations. In music, the school choir, besides its participation and many successes over the years in local festivals such as the biannual Music Festival, has competed in many international choir competitions, in places that include Austria, Italy and Latvia.

In sport, it was the first TT school to represent Cheer Clubs at meets in Orlando. The dragon boat team competed in Toronto, Canada and it has sent teams to the popular Penn Relays in the US. In fact, many Convent students have been and continue to be on many national teams, many holding leadership positions, such as captains.

The Unesco Club has attended two international Unesco conferences in Costa Rica and Argentina. As part of its social outreach programmes, the school participates annually in the RBC Young Leaders competition and many charity projects, assisting neighbours like the Living Water Community and the Bethlehem RC Primary School. Students continue to take part in the Amcham Youth Forum and the Maths Olympiad. It also has a Legion of Mary group, a St Vincent de Paul Society Club and a prayer group to continue to nurture the spiritual growth of its young people.

At 185, SJC PoS is the oldest secondary school in TT and “remains esteemed for a curriculum that is dedicated to helping young women, and more recently young men, from across TT realise their full potential; one that inspires and has produced “brilliant alumnae of integrity and character.” With each year that a new class enters SJC PoS’s gates, the school says, it builds on the legacy of excellence and nurture unrealised talents and aspirations for a bright future.

“With a long and illustrious history, a promising future, St Joseph’s Convent, PoS, continues to shape, influence and advance the nation in every sphere.

“Each new student walks in the footsteps of past and sets a path for future generations of young people, laughing through the corridors, becoming part of a sisterhood and a community of cherished memories, and playing a role in building something that is bigger than itself.”

As it celebrates this year the school is reminded of its motto, “Sapientia et Scientia: Wisdom and Knowledge.” These values, guarded by its predecessors, it says, continue to guide it today as it prepares future generations of SJC PoS students.

During this year’s celebration the school is thanking all who have given so generously of their time, efforts and donations through the years. It recognises the enduring support of the Cluny Board of Management and all the board members past and present who serve to ensure the growth and development of the school, and thanks the current Provincial Superior, Sr Maureen Alexander, for her guidance.

The school regards this anniversary as “a fantastic opportunity not only to take stock of what it has achieved, but also to look ahead.” It urges readers to join it on “this remarkable journey as we continue to strive for excellence in both performance and service.” With its “185 for 185” campaign to celebrate this year’s anniversary, the Past Pupils Association is embarking on further plans for several critical works at the school.

“We move forward in faith, hope and love and ask that you join us in our commitment to securing the best possible learning environment for future generations. With your continued support, our legacy endures, grows, and thrives for another 185 years – as it has done since its early beginnings.”

1845 – The foundation stone for the first chapel was laid.

1859 – Sr Mary Louise Wright was appointed Mother Superior (head of the nuns and of the school). At that time most of the nuns were French. She was the first Trinidadian to hold this position.

1860 – Providence, or “Little Convent,” was established in the downstairs part of the bishop’s residence as a free school.

1869 – There were four years or courses (equivalent of today’s “forms”): preparatory, elementary, secondary and superior.

1894 – For the first time an Irish Cluny Sister was head of the Convent. Before that, all the Reverend Mothers had been French (with the notable exception of Trinidad-born Mother Mary Louise Wright, mentioned earlier).

1911 – SJC was affiliated with QRC for external Cambridge exams and qualified for a government subsidy.

1932 – Three students sat the Cambridge Higher Certificate exams (equivalent of today’s A levels) to compete with boys from St Mary’s College and QRC for the Colonial Scholarship. One was Jocelyn Urich, who joined the Cluny sisters and took the name Sr Frances Xavier. She would go on to become principal of SJC and then Provincial Superior of the Sisters of St Joseph of Cluny.

1944 – In the middle of the night on May 23, a fire broke out which destroyed the greater part of the school and the chapel and resulted in the tragic death of four sisters.

1946 – The new school buildings, the ones which exist today, were reopened in January.

1948 – The first Girls Scholarship offered by the Government was won by Corinna Achong of SJC.

1961 – The first Common Entrance Examinations were held in January 1962, when free secondary education was introduced in TT. Up until that time SJC was a fee-paying school which also offered a limited number of “exhibitions,” the equivalent of scholarships.

1990 – The retirement of Sr Paul D’Ornellas as principal marked the last time a Sister of St Joseph of Cluny held that post. Sr Paul was succeeded in 1991 by Melba Pounder, the first lay principal, herself a past student. She was followed by Elizabeth Crouch, another alumna; Jennifer Annandsingh; and another SJC alumna, Anna Pounder. 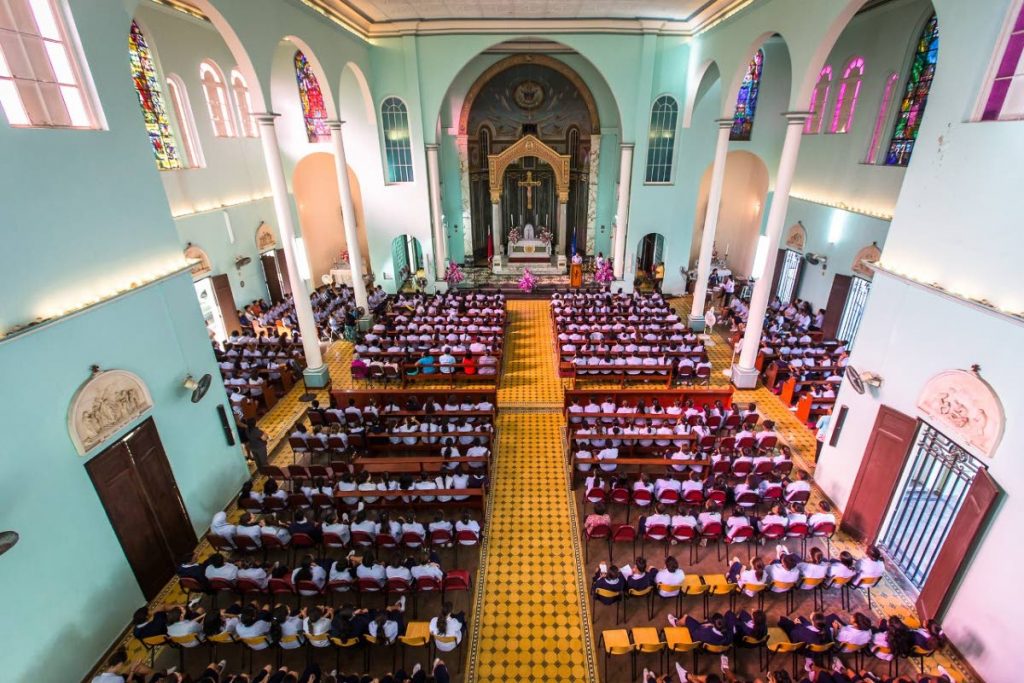