THE new date for the start of the Sean Luke murder trial is April 19.

Justice Lisa Ramsumair-Hinds, who is presiding in the judge-only trial of Akeel Mitchell and Richard Chatoo, put attorneys for the State on notice to be ready to open their case on that day, when she will also give her ruling on the admissibility of certain aspects of the evidence that prosecutors hope to lead at the trial.

On Wednesday, the State closed its case in the voir dire for Chatoo. Although he opted not to give evidence, he called one witness – his stepfather Raymond Bruzual.

After Bruzual’s evidence, his defence attorneys closed their case.

The judge has given the defence until April 9 to file submissions on the evidence led at the voir dire for the two men, and the State has until April 15.

When the judge gives her ruling on April 19, the main trial will begin.

Some of the evidence, which included a video recording of an interview with one of the accused led at the voir dire, once it is not struck out by the judge, will be incorporated into the main trial and will not be repeated, since it is a judge-only trial.

Ramsumair-Hinds could notgive an estimate of how long the trial will last since, she said, the court was dependent on connectivity issues and service providers. The case is being held both in-person for some witnesses and virtually for others.

Mitchell and Chatoo will join the sittings by video link from the virtual court facilities at the Maximum Security Prison, in Arouca, where they are both remanded, since covid19 precautions prohibit prisoners from attending court.

In February, they were both arraigned and allowed to enter their pleas. They have both pleaded not guilty.

Mitchell’s voir dire has already been completed, and, through his defence statement which was read to him weeks ago, denied committing the brutal act.

He intends to rely on alibi and denial as his defence and claimed he was not present at the scene of the crime.

Two attempts he has made to stay the trial have been struck down by Ramsumair-Hinds.

On March 5, prosecutors told the court that fresh DNA samples were taken from both men and were expected to be ready by the middle of the month.

A notice of fresh evidence has already been filed by the prosecution in anticipation of the DNA results, which will be disclosed to the defence once they are received.

Chatoo’s attorneys had asked for the results to be provided before the start of the main trial, and although the State hoped they would be ready in time, prosecutors said they could not, at the time, give a definitive timeline, since the results from samples collected by the police over a decade ago were still not available.

However, in January National Security Minister Stuart Young signed a legal notice approving a private body, Caribbean Forensic Services, to do DNA testing for the State. 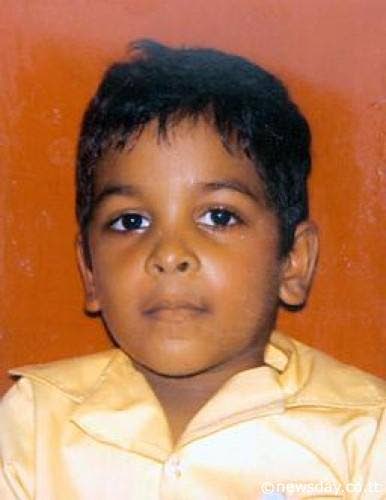