From around 8 am, a small group gathered at the front of the TCL plant at the Southern Main Road in Claxton Bay. One placard read, "Sent home with no money," and another, "TPL now, who next?"

Speaking on behalf of the 40-plus retrenched workers, former senior operator Nigel Ifill accused the company of breaking its promise to pay off the retrenched group.

A week ago, on February 15, TCL ceased operations, saying it had become uneconomical to continue operating.

“They (TCL officials) told us that on Monday (February 15) at midnight, all severance benefits, including our vacation money, would be in our accounts, and we took it in good faith,” Ifill said.

“Tuesday morning, however, when workers went to their respective accounts, bank or credit unions, some received their money, and others did not.” 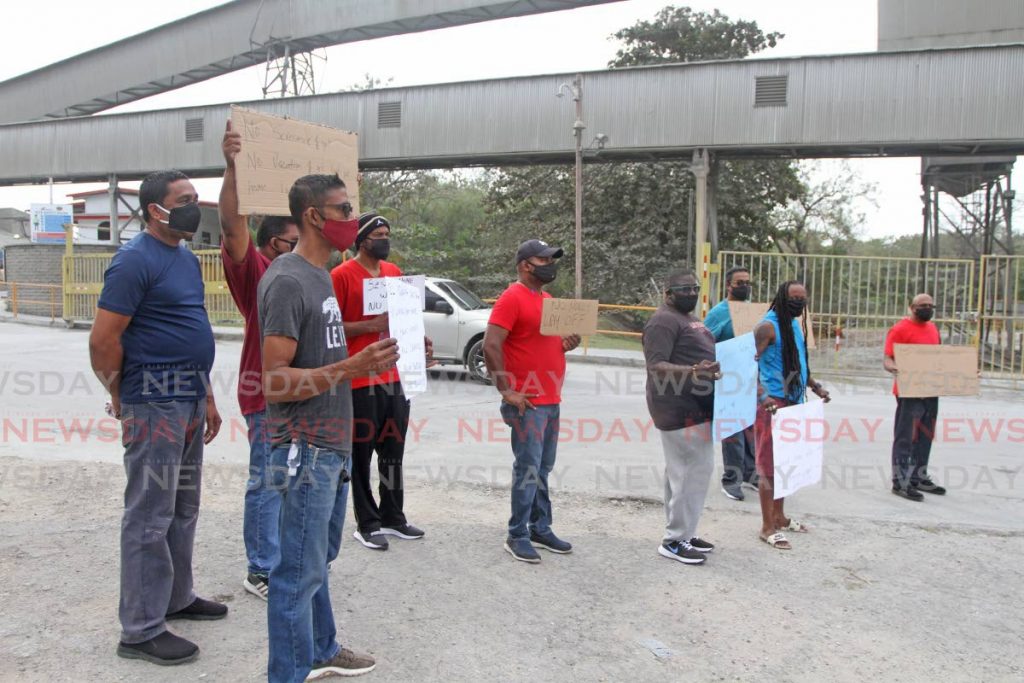 The affected workers said they asked TCL repeatedly last week for a reason for the delay in the payments, without luck.

“We find it disrespectful that TCL did not do things properly to pay off the workers. We are hurt, because the majority of us grew up in this company,” Ifill said.

He also said, “Some people saw their vacation money in their accounts on Tuesday. But the next day, it was taken back out. No reason was given for that.”

Of those affected, 28 were permanent staff and 12-14 casual workers.

“We need our money to further our lives, to pay bills. During this pandemic, jobs are scarce, and prices are high,” Ifill said. “We are hoping that the human reource department or management will communicate with workers or our union (Oilfield Workers' Trade Union) to rectify the issue.”