STAFF and visitors to the San Fernando City Corporation (SFCC) were amazed and amused to see mayor Junia Regrello reporting for work in full Carnival costume on what should have been Carnival Monday.

He told the Newsday he ordered the red, white and black Indian-style costume from veteran masman Lionel Jagessar, well known for his production of Indian mas over the years, because he wanted to keep the Carnival spirit alive.

Regrello said his family were also caught by surprise when he brought the costume home on Sunday night and then left home in full Carnival kit on what should have been J’Ouvert morning. 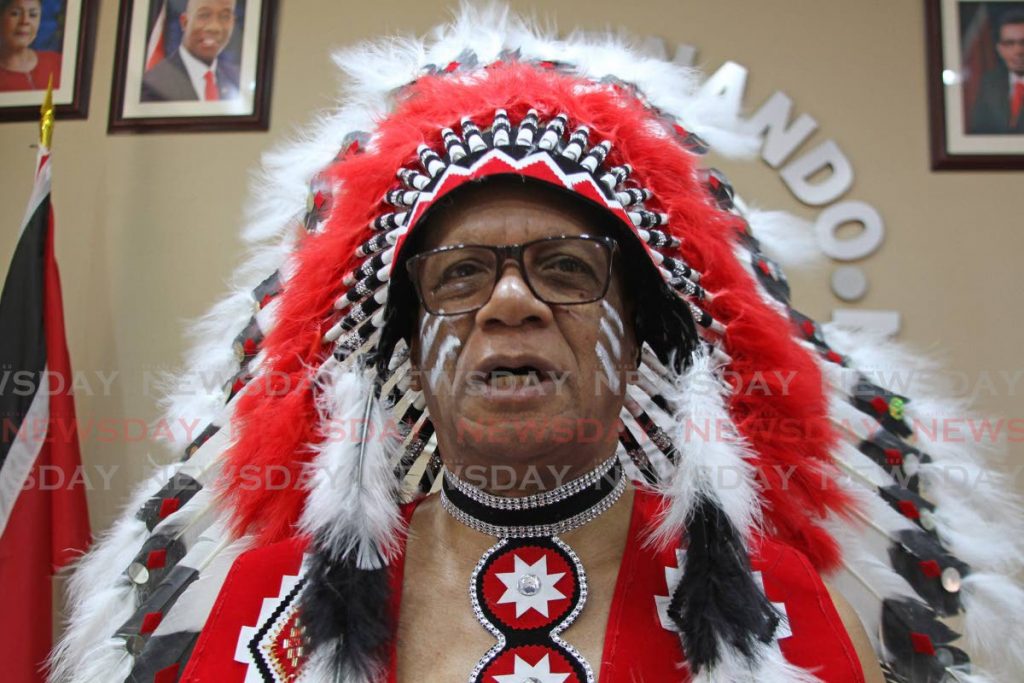 A former masquerader who played king for several bands, including South Connections and Peter Minshall, and toured the world as a masquerader, Regrello said this was not a protest against government’s decision to cancel Carnival celebrations because of the pandemic.

Rather, he said, it is symbolic of the history of the evolution of the mas, which is linked to the emancipation of enslaved African people.

“I certainly support Government in its decision," he said, pointing out that he was "in the mayor's office, doing my work. I am not on the streets parading or encouraging others to parade.”

But, he said, " There is so much history attached to our Carnival when we had to put up a vigorous fight against the British to keep the mas. I just wanted to make a symbolic statement that Carnival is alive, alive within us and I am displaying my commitment to the culture, the art form.

Bookseller Nigel R Khan told Newsday his staff would go to work in costumes on Tuesday.

“Everybody in all of the stores across the country will be dressing up in costumes on Carnival Tuesday.”

He said he wanted to “ease up staff who are missing Carnival like crazy.”

On that basis, he said a decision was taken that not only would staff work in costumes, but there would be a competition for a cash prize for the best costume. 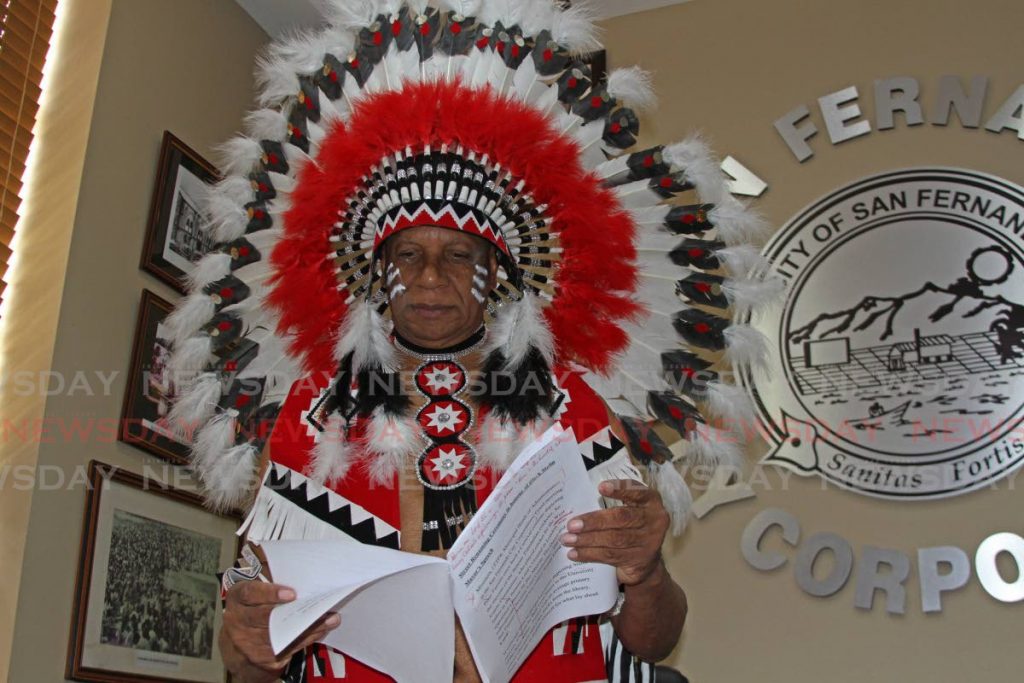 “Even though there is no official Carnival, we jammin’ still. We will wear costumes on Tuesday, Soca music will be blasting in the stores with social distancing and mask-wearing in effect.

“We are calling it a celebration of our culture,” Khan said.