“I didn’t even realise until I arrived and people started making a big deal about it,” the Arima native laughed during a recent phone interview with Business Day.

Williams, 30, is a biochemical engineer, focusing on engineering micro-organisms like non-toxic bacteria for use in certain compounds. Her research is focused on developing new platforms to produce a cell-free (not using living cells) format for making vaccines against emerging pathogens. The system would require less specialised equipment, including refrigeration.

“The goal is to increase vaccine access to impoverished communities and countries,” she said.

She’s also been recruited by the UN's global vaccine confidence project, where, as a vaccine researcher during a pandemic, her expertise is valued when it comes to debunking some of the myths and false information about the safety of covid19 vaccines.

“We have really great, highly effective vaccines available, but they won’t make a difference to the pandemic unless people are educated about the facts and actually take the vaccine.”

Her vaccine activism came about because her friends and family kept asking her questions about the covid19 vaccine and their own scepticism about the safety.

“I actually did a series of short videos discussing the myths of the vaccines, specifically because my friends and family kept asking me questions and kept sending me fake news and I was like, 'This is not true.'”

She put them up on YouTube and they started getting traction, including from healthcare workers who asked to share them with their staff. Eventually, they caught the attention of the UN.

“I’m working with them promoting confidence around covid19 vaccines by sharing factual information using social media platforms because that’s kind of where a lot of the misinformation circulates in the first place. And we are trying to reach people who aren’t really reached by traditional health messaging or who don’t really watch the news.

"Basically, we are trying to ensure the conversations people are having about vaccines are rooted in truth and science.”

Truth is in the science

At first, Williams didn’t realise just how widespread that scepticism and mistrust about vaccines was.

“People would ask strange things like if there really was a microchip in the vaccine for tracking, and if that was true then they didn’t want it, because they didn’t want the government tracking them.

"And I would ask them if they had a cellphone, which was already literally a tracking device.”

Her method of explanation is to listen to what people have to say and then meet them halfway, trying to understand their concerns and explain the facts.

“It’s kind of just walking people through the arguments and pointing out the facts. A lot of them get an aha moment. I was actually surprised by the response.”

Being a black expert also helped her gain the trust of other black sceptics.

“People reached out to me and said, ‘We hear so much of this stuff from other people, but because it’s a black person, we trust you and you’ve changed my mind.'”

Of course, she acknowledged, the anti-vaxxer movement (people who don’t believe in the safety and efficacy of vaccines and refuse to vaccinate themselves or their children) is still prevalent, and continues to troll online.

Williams has a theory on the scepticism surrounding the covid19 vaccine – it’s too new, too fast.

“I’ve talked to people who said they don’t mind taking measles or mumps vaccines, for example, because they’ve been around so long so they feel safer.

"The covid19 vaccine, on the other hand, was developed in record time, using new technology not previously used on this scale, like mRNA vaccines. The vaccines use a synthetic (man-made) version of a messenger ribonucleic acid (mRNA), which is a naturally occurring chemical compound that triggers cellular responses. In this case, the mRNA compounds are encoded with a genetic code that body uses to create Sars-CoV-2 spike proteins – the part of the virus that helps it attach and infect healthy cells (the protrusions on the outside of the virus that resemble spikes, hence the name). This prompts an immune-system response, helping the body’s natural defences learn to recognise the virus and attack it.

What a lot of people don’t know, she says, is that is scientists have known about the coronavirus family since the 1960s.

"We also had to deal with SARS in 2002 and then MERS, which are all from the same family as covid19. There are experts already familiar with the coronavirus, so it’s not brand new (just a new variant). And mRNA technology has actually been used for a few decades now for other diseases like cancers, but it hasn’t been used on such a large population.”

Both the Moderna and Pfzier/BioNTech vaccines use mRNA technology and have reported a 95 per cent effectiveness in preventing infection.

Vaccines must also go through rigorous clinical trials. Another thing that contributed to their development is that while it might usually take some time to find volunteers or people who have a disease to conduct these trials, because covid19 is a pandemic, it was possible to run huge clinical trials.

“I think people look at the speed and think we can’t trust it because it was too fast. But no safety or ethics were compromised in any way – just a lot of collaboration and resources put into development,” Williams said.

Why vaccination is important

The more people are vaccinated and the sooner herd immunity is achieved, the faster life can return to normal.

“People have been locked down for so long and sacrificing things" that they are suffering what has been called pandemic fatigue.

"People want to be able to travel, to reopen businesses and see friends and family.

"But we are at the point where we are getting mutant varieties of the virus. Viruses mutate by nature. That’s what they do naturally so the more people getting infected, the more opportunity to mutate. Vaccines are still so far able to work on the mutated versions, but what we are risking (by reopening and relaxing restrictions) too soon is having more dangerous versions.”

New formats to encourage social distancing, like online classes and e-commerce, can help, she said, and therefore businesses and governments should really work to optimise these pathways.

“It’s very important we get the pandemic under control by vaccinating as many people as possible. Because things can very quickly go out of control if more mutants pop up and vaccine manufacturers can’t keep up. That would be even worse for the economy. We're in a kind of critical period if people don’t do what they have to do, things can get worse –so follow the public health guidelines.”

“My graduate work was mostly in the bioengineering field, including metabolic engineering and producing compounds in a renewable way, moving away from animal sources to produce the chemicals we need.

"For my post-doc I wanted to branch out into something a bit different but where I would be able to apply my expertise from my PhD. I was very interested in this one because it’s a new technology and I’m in a position to pioneer the technology to have a really big impact.” Her research is fully funded by the Bill and Melinda Gates Foundation, which is known for supporting vaccination programmes in the developing world.

“I loved the potential to improve and increase the use of vaccines accessibility in low-income and developing countries. So that’s also important to me: making sure everyone has access to good technology, not just rich countries.”

Williams was always encouraged to strive for excellence. As a student at the La Horquetta Government Primary School, she recalled one special teacher who always used to encourage her. And then, as the school's first student to place in the top 100 of the Secondary Assessment Examination, everyone was elated, letting her know she could do amazing things.

She attended St Augustine Girls’ High School, where she was also encouraged by her teachers.

“I think the subjects I liked most – maths, chemistry and physics – it was because I had really engaged teachers and I really liked their passion for teaching and ensuring we understood material.”

When it came time to choose a career path, inspiration came in the form of a Google search.

“I remember googling what careers involve physics, chemistry and maths. Chemical engineering seemed most interesting and the broadest to allow me to use all these subjects across the field.”

She never really felt much pressure regarding schoolwork but there was some insistence that she choose medicine, and she pushed back against that.

“I preferred the problem-solving aspect of engineering.”

She won an national scholarship, which allowed her to study at New York University – her first time in the US.

“It was kind of rough sometimes being a black woman in a predominantly white, male field. The higher I went with my education, there were fewer people who looked like me. I haven’t met another single black post-doc at Cornell since I’ve been here.”

She’s always been driven but there was an added internal pressure to be excellent and prove herself that she belonged in the spaces she’s now come to dominate.

“That thing about working twice as hard and being twice as good? I definitely felt that in grad school (Rensselaer Polytechnic Institute in Troy, New York). It can be isolating at times because you have your work colleagues, but nobody who shares a similar background or culture to really connect with. Even as a Caribbean person, I’m black but not African American, so there’s still a divide there and another level of isolation.”

She’s also frank about the sacrifices she’s had to make in her personal life.

“So many of my friends from high school are married and have children, and I’m just here with my degree. I want to do other things with my life, but sometimes it feels like I’m sacrificing other things I want to do.”

But she’s adapted. “Honestly, there were definitely points in grad school where I was like, 'Why am I doing this? This is too hard. This is a ridiculous amount of work and stress and mental strain.' I’ve thought about it so many times: I could just quit everything and go back to Trinidad, go home and be with my family, see my nieces and nephews growing up.

"But the satisfaction comes when things work, when the research works out and makes a difference, or you do something you see is having an impact on others.”

It’s also worth it when people tell her how she’s inspired and encouraged them. She’s started doing mentorship through the New York Academy of Sciences, mentoring high-school-age girls interested in science, technology, engineering and maths (STEM).

She’s also part of a programme called Carischolars, which connect with students from the Caribbean who are interested in similar careers, and provides guidance and advice.

“So trying to find ways of giving back makes me feel good. I was able to overcome so many things, so now I can help someone else and make their journey a little easier.” 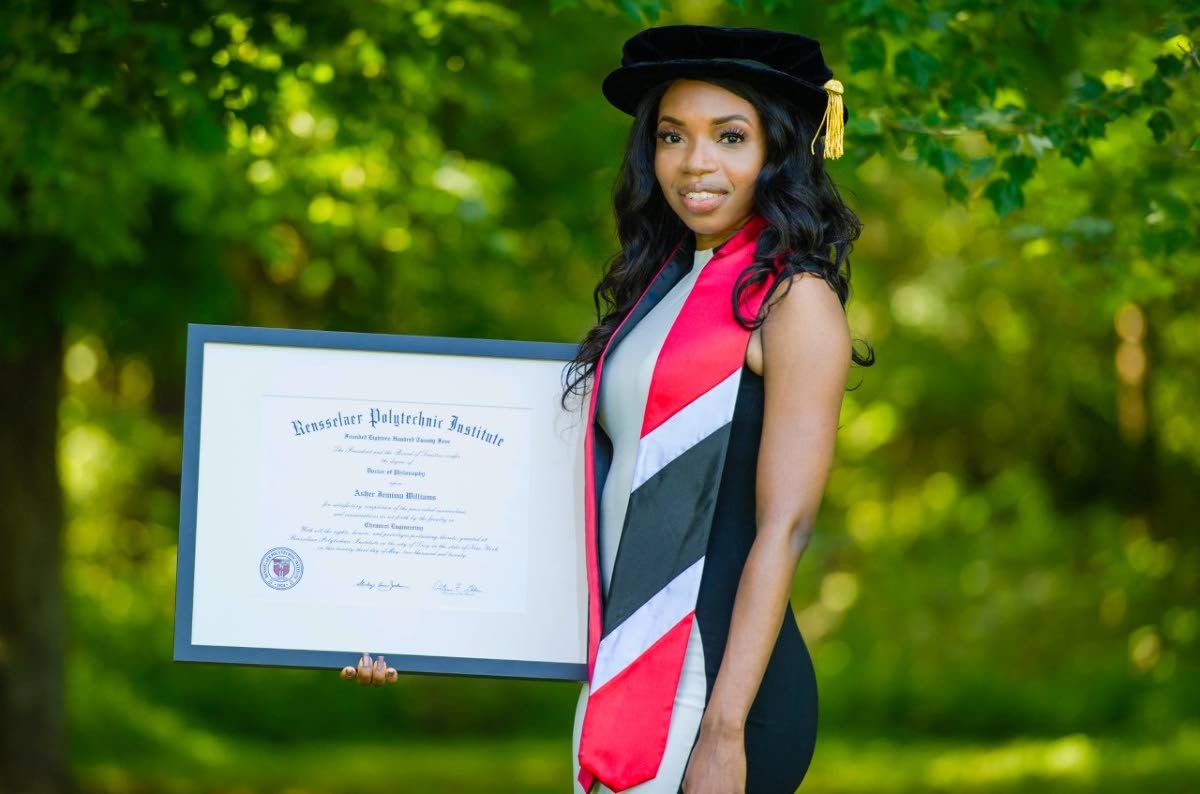 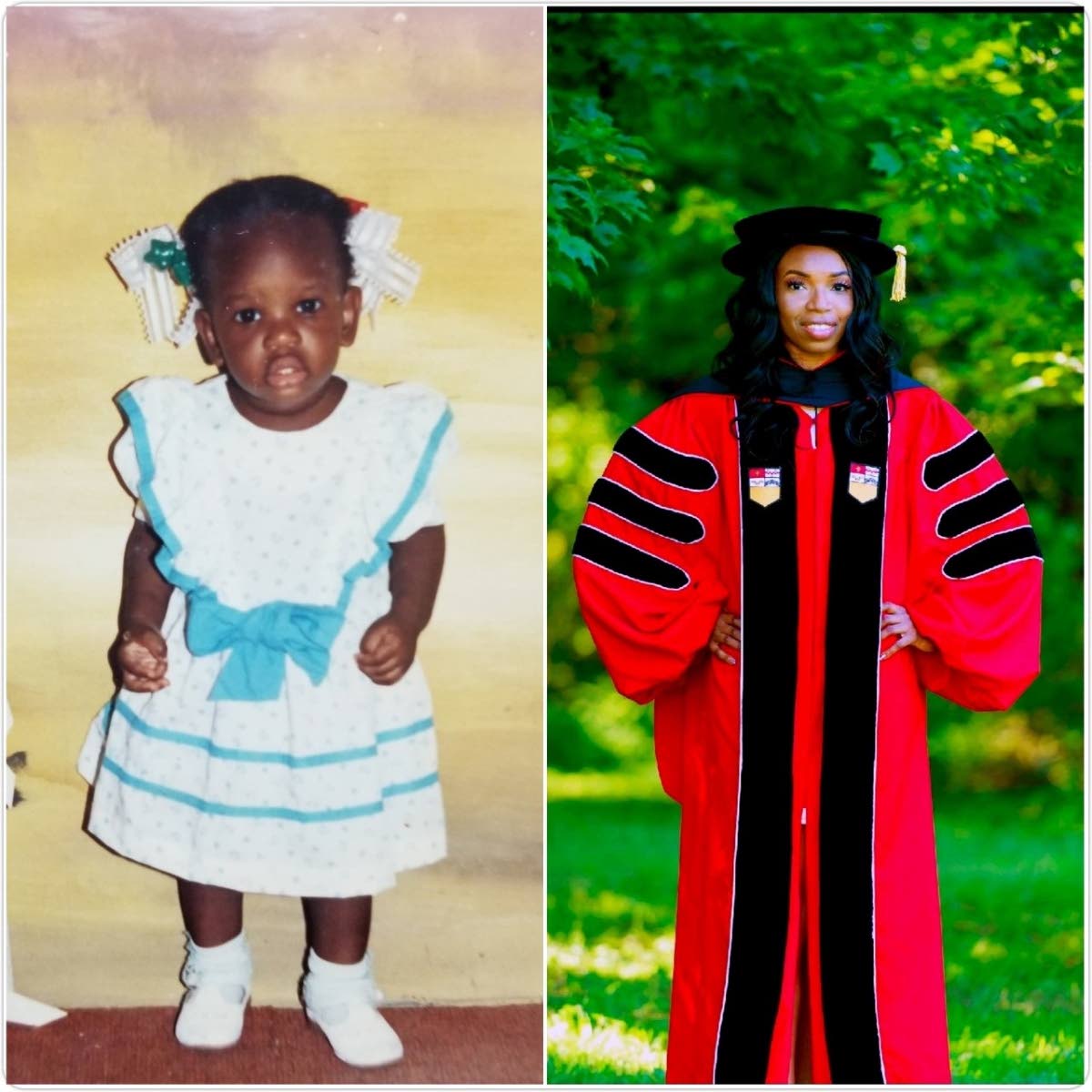 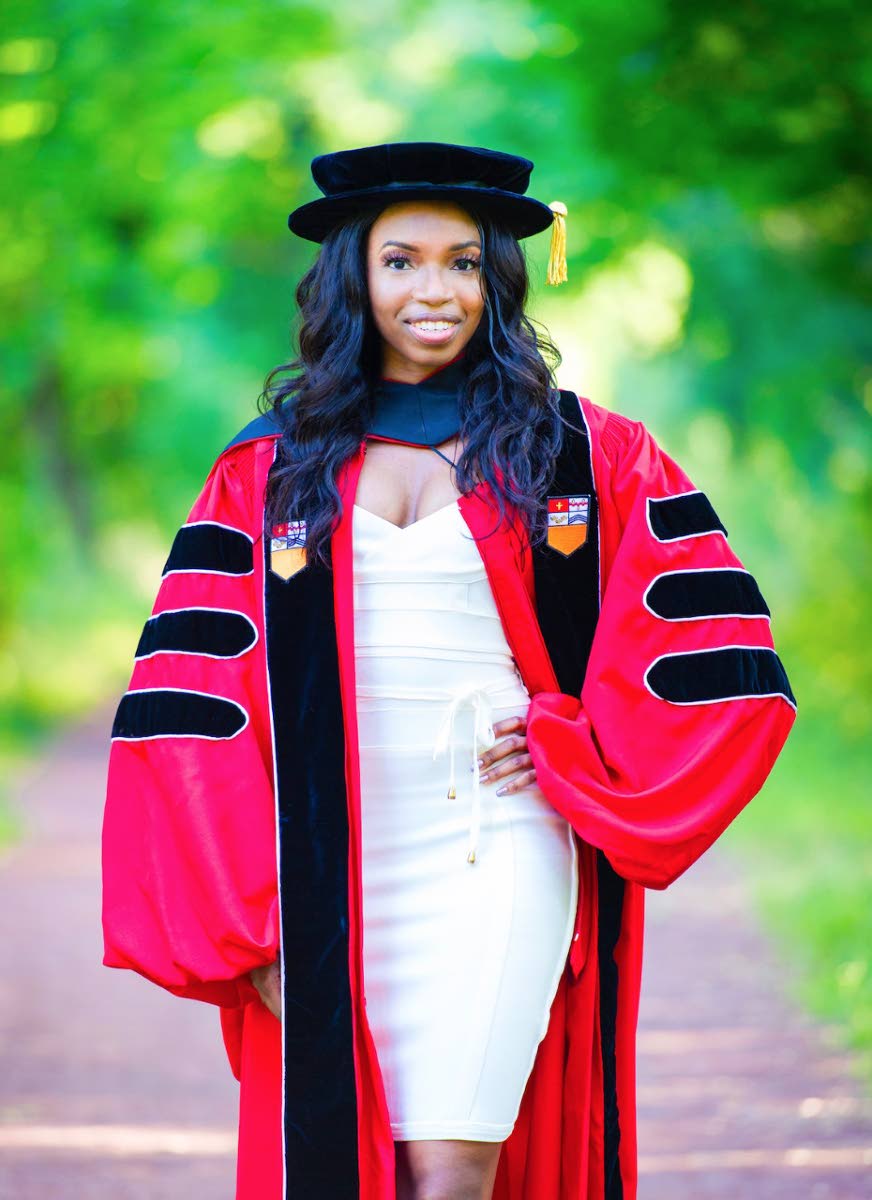