A group from UWI is the latest to protest in front of Parliament in Port of Spain.

Members of the student-led social justice feminist group Ignite, from the Institute for Gender and Development Studies (IGDS) protested on Monday against gender-based violence.

There have been numerous demonstrations since the discovery of the body of 22-year-old Andrea Bharatt on February 4 in the Heights of Aripo. Police, hunters, family, and friends had been searching for her for six days. Bharatt was last seen getting into a car in Arima on January 29. 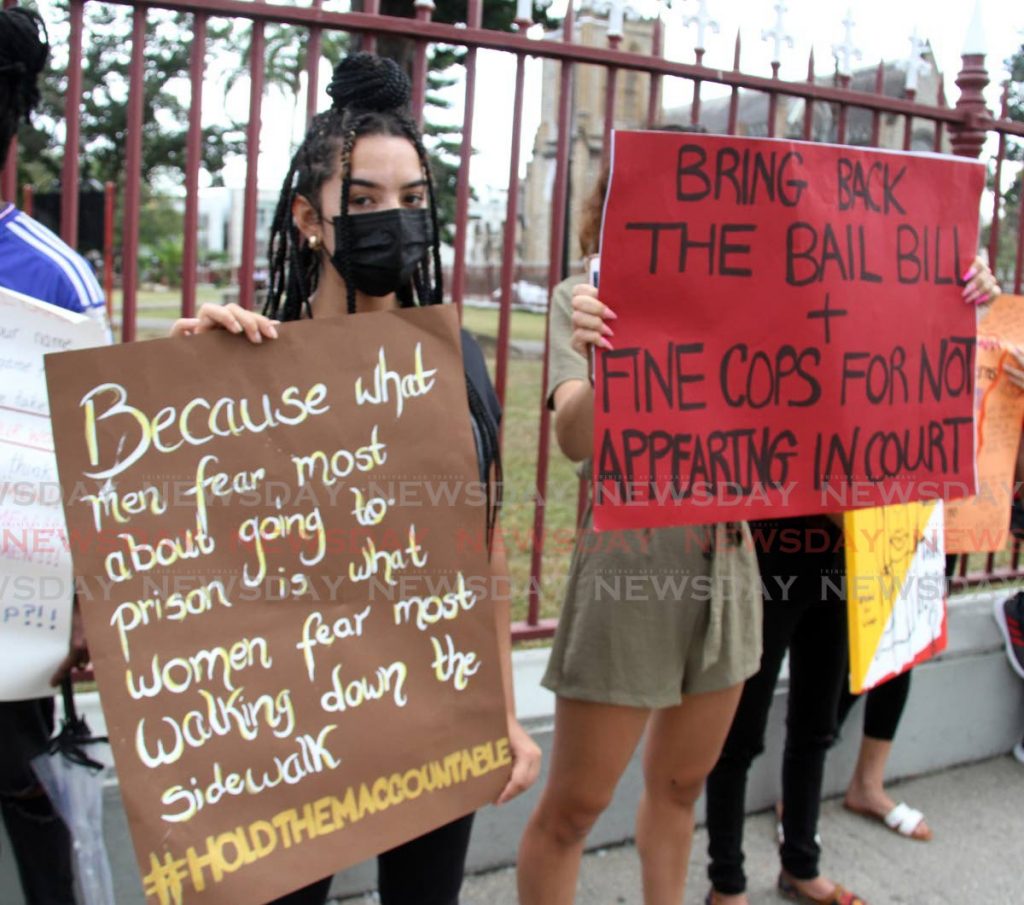 “We, as a young feminist organisation really wanted to add our voices to the conversation to ensure that young people are represented,” said Renuka Anandjit, IGDS Ignite co-ordinator and UWI research assistant.

“A lot of students, we travel. A lot of us do not have the luxury of owning a car.”

Anandjit said many women also cannot pick and choose what type of car or driver they travel with.

“In the pandemic, we (can’t always) wait for two or three people to fill up a car. You’re glad to have a car to yourself – because of social distancing – but also you’re very fearful (because) you’re not sure who you’re getting into a car with.”

She said the group wants to hear from the goverment, particularly Minister of Works and Transport Rohan Sinanan.

“Transport is a central thing,” she said. “Andrea was in a car. Ashanti (Riley) was in a car. Both of these innocent girls turned up dead.”

Anandjit said the group would also like to hear the various taxi associations pushing harder for regulations.

“We are asking for a transit authority,” she added.

She said although this was part of the government’s 2030 plan, there has been nothing in the works thus far.

In fact there has been no meaningful progress since 2019, she said, after the UWIs Civil Engineering Department hosted a conference and the issue was addressed. She said at the conference, an engineer from the government told participants a national transport plan was in the works and would be put out in 18 months, but nothing was done.

“The ministry has been too silent. Transportation is also a gendered issue. It is not just about infrastructure (and) environment.”

She said the group would also like to see a shift in thinking that violence against women is just a women’s issue.

Monday’s group mainly consisted of female students, but a few male students also turned out in support of their female friends and family members.

“I have a (younger) sister,” said 22-year-old politics and criminology student Nicholas Sammy. “We are the ones to govern the country someday and in order to inherit a safe environment in the future, we need to start now.”

Sammy said men need to take responsibility and accountability for their actions and show support for their female counterparts.

The mostly-peaceful protesters began chanting, “Jail, no bail,” but were quickly silenced by police. 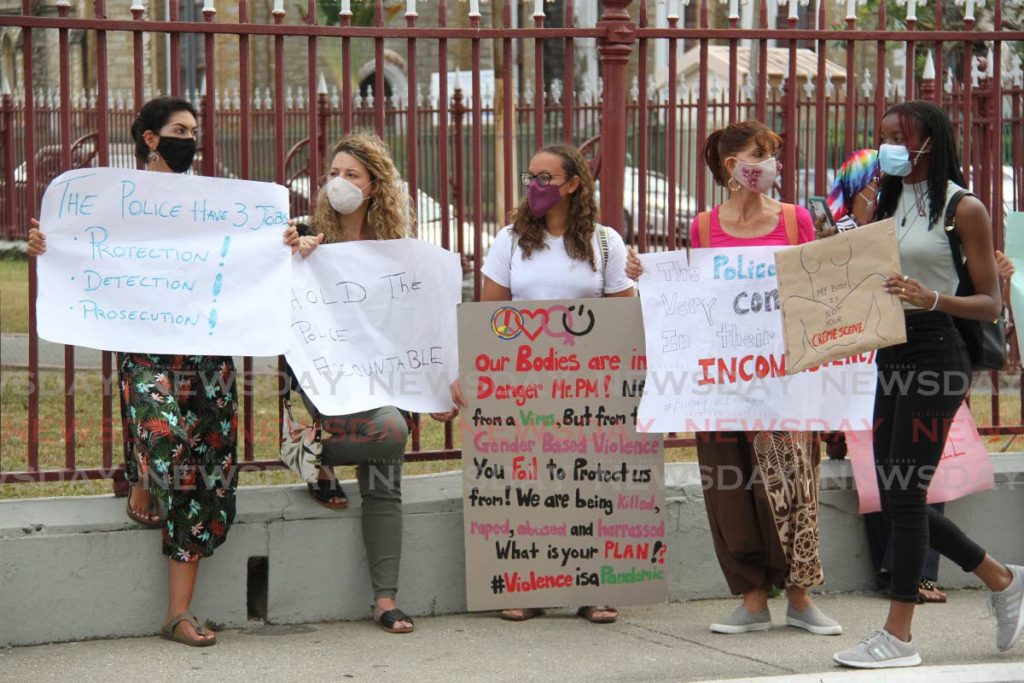 “Police came up to us and told us we can’t chant any more,” said one upset protester, “even though we weren’t being loud or offensive or anything. We were just calling the names of certain victims and asking for justice.”

She said although she and her companion were not affiliated with the IGDS group, the flyer they saw described a peaceful protest.

Other protesters also questioned the right of the police to silence them.

The students were also asked not to encourage passing drivers to honk their horns in support of the movement.

A police officer at the protest, who wished to remain anonymous, said officers supported the students' right to be there but as far as he was aware, the organisers had agreed to a silent protest and the police were simply there to enforce those rules, along with social-distancing protocols.