Clients visiting Ghost Tattoo Studio, in La Brea, are often surprised upon learning they have the option of getting a tattoo done by 12-year-old Tiana Andrews.

Tianna proudly follows in the footsteps of her father Ghost Andrews, who has been a tattoo artist for the past 15 years and opened the studio two years ago.

But before Tianna could have even placed a needle to anyone’s skin, she had to learn the how to and there was no better teacher than her father.

Newsday Kids spoke with Tianna who was encouraged by her father to start doing tattoos, in 2019, when she was 11.

“I was nervous at first. He (my dad) brought me his own tattoo machine and I started practising at home.

“I started on grapefruit then I went over to pig skin until my dad bought fake skin for me to practise on,” she said.

While she prepared for last year’s SEA exam, practising her new-found skill took a backseat.

But once the exam was completed last August, Tianna’s father challenged her to do a tattoo on him. She was terrified, not of doing the tattoo, but of hurting her father.

For the tattoo, Tianna did a Gye Nyame symbol which took around 45 minutes to complete. Originating in West Africa, the symbol represents the supremacy of God over all life on earth.

Since then, Tianna has tattooed over ten clients with most being referred by her father.

“So far, on clients, I have done a peony (a flower) design, an anime girl, which is one of my favourite tattoos I have done so far, and little symbols.

“Whenever I’m practising new or different (designs), I go on the fake skin and practise there.

“I usually talk to clients while I’m tattooing them because it’s really nice to connect to people,” said Tianna who gets most of her tattoo ideas from Pinterest.

For Tianna, the hardest part of doing a tattoo is maintaining proper needle depth.

She explained that if the needle goes too deep in someone’s skin, while doing a tattoo, the skin can be damaged.

On the flipside, if the needle doesn’t go deep enough into the skin, the tattoo design will not be visible on the skin when it is completed.

While doing tattoos is fun for Tianna, her father is also ensuring it’s a learning experience.

He wants her to appreciate the value of making an honest dollar.

“My aim is not for her to be a tattoo artist per se, but she must have the option.

“If something is to happen in life and she needs something to fall back on something, she has this skill to earn a living.

“Even if she chooses not to tattoo and opens another business, at least she has the principles and foundation to take to whatever business she chooses,” said Andrews.

Framed, and hanging in the tattoo studio, is the first dollar Tianna ever earned.

Andrews said tattooing with Tianna has been a great bonding experience which has helped him to learn more about her.

While Tianna is a hard worker at the tattoo studio, she’s also one in the classroom.

After writing last year’s SEA exam, she passed for St Joseph’s Convent, San Fernando and was awarded a scholarship by Atlantic LNG for her performance in the exam.

When Tianna isn’t in online classes, or at the tattoo shop, she enjoys watching anime and reading comic books. 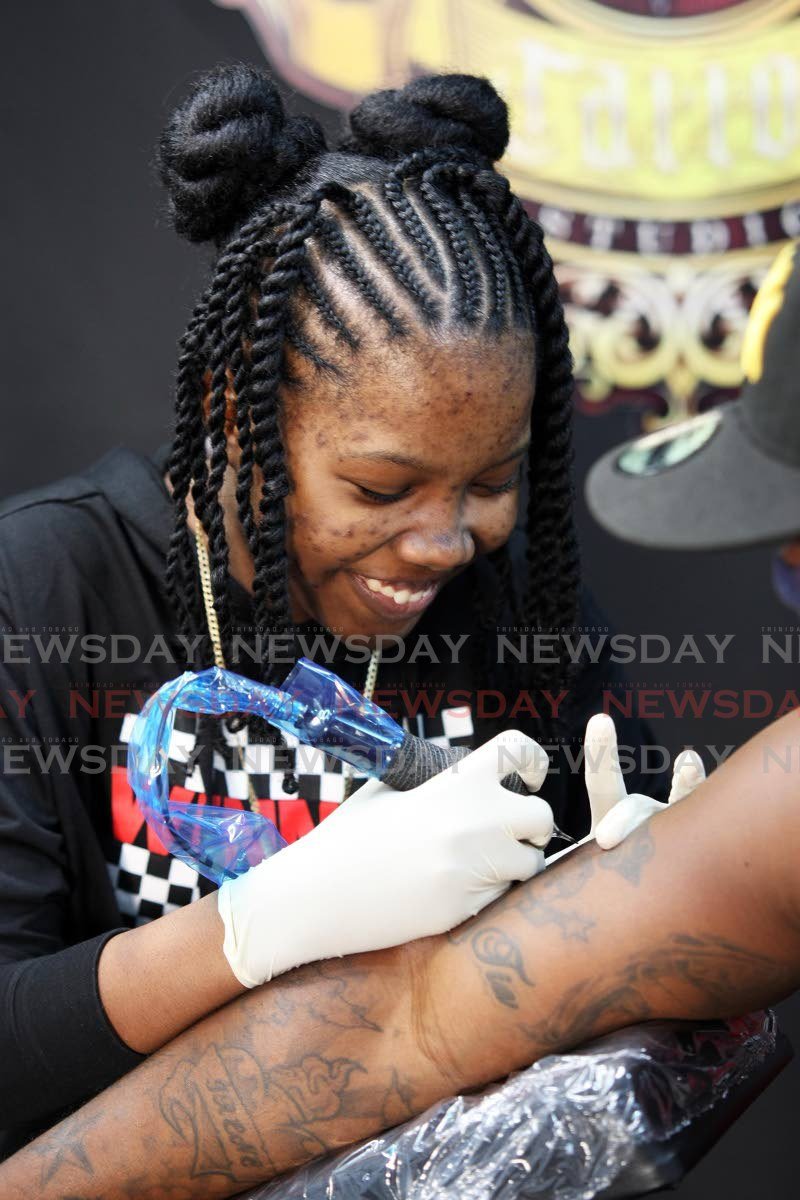 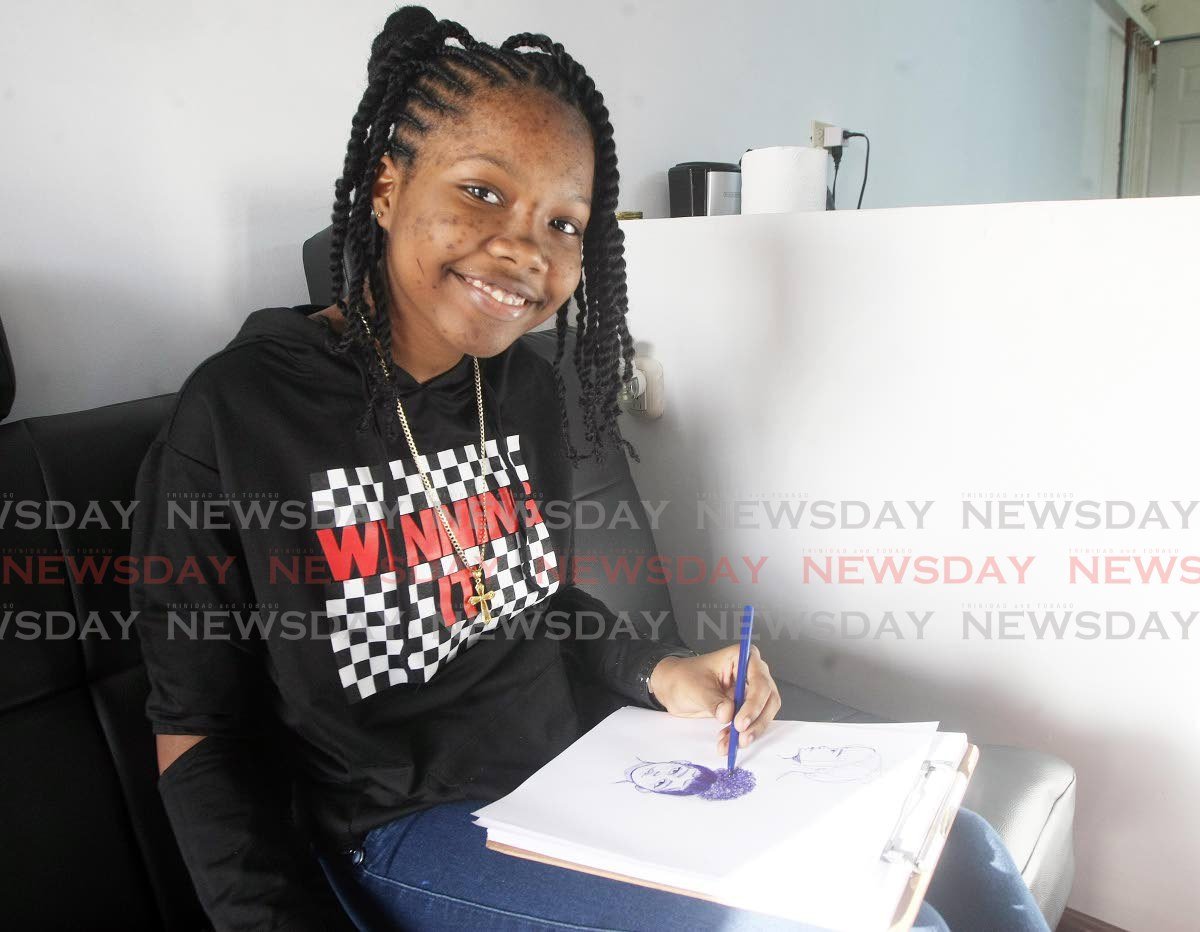