While certain parts of the education system in the Caribbean seem more advanced than that of the US, the way it tends to approach literacy is often years behind other countries, says Dr Patriann Smith, assistant professor in the College of Education at the University of South Florida (USF) in Tampa, Florida.

“It seemed that I had undertaken so much more work in my teacher-training diploma in TT than in my master's degree in the US. So, there is a difference in terms of the level of work that is being done across these contexts.

"But the way we teach literacy in the Caribbean is very constrained in terms of its approach. We are not often providing students with critical thinking abilities in a way that allows them to expand their perspective around what they can do with literacy to change their current and future situations.”

Smith, 38, said in general, in the Caribbean, literacy was more about the code, learning letters and their sounds, rather than opening children’s minds to possibilities, solving problems, encouraging them to think about who is writing the text, who it is being written for, whose perspective is being omitted and why.

She observed when Caribbean students attend school in the US they often sit quietly and do their work, as they were taught to do. She did the same as a master's student moving from the Caribbean to the US. But in the US system, students are encouraged to engage, share their opinions, critique and even argue.

“There is an opportunity, I think, to take that sound practice that we have with the code in the Caribbean and to merge it with the critical-thinking pieces undergirding literacy that can help students.”

She gave the example of social media.

“Just as we have seen in the US, we have a situation in the Caribbean with what we call ‘alternative facts’ and ‘post-truth’ where the truth is no longer as sacred as it used to be.”

In addition, children use social media from a young age. So she believes teachers should use age-appropriate social-media topics affecting children, the country, the region, and the world, and integrate the texts into discussions around literacy. Topics could include language, immigration, climate change, race, suicide, LGBTQ issues, and more, and they should be brought in the classroom and discussed in a critical way.

With the popularity of social media, people need to be able to evaluate what they read and hear, but many do not because critical thinking is not often part of the literacy and language arts curriculum, a challenge that is also seen in the US. She believes it needs to be part of Caribbean language arts and literacy programmes from early childhood education onward.

Smith explained that researchers have moved away from the traditional ways of thinking about literacy to “new literacies” or “multiliteracies,” where literacy is much more than the typical printed text. Instead, it also includes visual, audio, gestural, tactile and spatial modes.

“Literacy no longer only focuses on the linguistic mode. The linguistic mode is focused on looking at written or spoken works as the primary form of understanding text and using language to make meaning.

"What new literacy scholars have said is that elements such as the auditory mode are as important for meaning-making as the linguistic mode. For instance, when you are listening to, or watching something online, the images in the pictures and videos are as important as paying attention to language.

"These all form a part of the definition of literacy, because when these modes come together, they help us make meaning in a way that is more complex and nuanced, so we can better convey and integrate ideas.”

She said new literacies were about giving children opportunities to create meaning-making, extend comprehension, and think critically, not just to be “receptive vessels of concepts.”

So even though she did less work for her master's in the US compared to her studies in TT, going to university in the US transformed her thinking and she began to see the power of literacy. She wondered what problems youths in the Caribbean could solve in their lives and in their communities through these literacy practices.

“I don’t think that I would have done everything that I did if I had not been exposed to this way of thinking about literacy in the US. Now I have the opportunity to help teachers in the Caribbean and the US to see literacy as something that goes beyond teaching a child how to pronounce words or write sentences properly.”

Use dialect in classrooms

Her latest research project is on literacy and language arts educators who train teachers in the Caribbean. For this she worked closely with Warrican, director of the School of Education at the UWI Cave Hill campus in Barbados.

However, she also collected data from the UWI campuses in TT and Jamaica, as well as tertiary-education institutions in St Lucia. Smith presented her findings at the Literacy Research Association conference in December 2020 and is in the process of submitting the research to a journal. She hopes to visit the Caribbean soon to share her findings with educational stakeholders.

"For example, when students and teacher trainees are using dialects but believe they need to also speak standard English in classrooms, I want to understand how to better support them with strategies that can actually work.”

She said her research shows dialects continue to be pushed out of many Caribbean classrooms to make way for standard English. and that strips children of their identities. She believes teacher educators as well as teachers can bridge this gap both in classrooms and on a national level. For example, teachers can speak dialect so the children could understand what they are teaching.

“We want to say to teachers in the Caribbean that we’ve got to pull these dialects into the classroom as a basis for helping the children to develop their identities, while at the same time learning the ‘code.' It doesn’t mean we have to sideline the dialect to make way for the colonial mentality that persists around this standardised way of using English.”

Another of her current research projects focuses on Caribbean immigrants in the US. It looks at the literacy practices being used by Caribbean youth and educators in the US and how this can help facilitate literacy education in the Caribbean. It also addresses how the novel perceptions about race as well as the change in race composition of the population affects the way literacy is used by those immigrants.

As co-editor of CERJ, Smith has worked with the editorial team to help move the journal from catering primarily to scholars in the Caribbean to involving Caribbean scholars from around the globe.

“The journal has published two special issues in the past year and a third is forthcoming. We have had several scholars from across the Caribbean publishing in the journal and are working collaboratively to build up the capacity and quality of research as well as increase the excellence with scholarship in the Caribbean region.”

From St Lucia to TT

Smith is originally from Mon Repos, St Lucia, and the first time she regularly went to a formal school was at 16, when she and her family moved to TT for her and her sister to attend the then Caribbean Union College, now University of the Southern Caribbean.

Even though their father was a primary school principal for over 20 years, the girls were primarily home-schooled. They were registered to do CXC exams with a school in their area and got a scholarship to attend the Caribbean Union College.

In TT, she did a diploma and undergraduate degree in teacher training and elementary education. And a year after starting her diploma, the school hired a new language arts teacher, Prof Hyacinth McDowall.

“She was the one who literally changed my life. She was brought in to teach methods courses to help us plan lessons and units so we could become great teachers. I met her in that programme and she took a liking to me because, I think, in her mind, she couldn’t believe I was able to grasp the whole idea of making sure my assessments aligned with my objectives, activities and lesson plans at such a young age.”

She said McDowall was generous and caring towards all the students, and taught her things beyond the lessons in the programme. For example, McDowall introduced her to the Reading Clinic in St James, where people were assessed and diagnosed for reading issues. She was there so often that Smith became an informal part of the clinic.

“I was immersed in the literacy world and for the first time I learned there were things called journals. I kept thinking, ‘I want to become an editor one day,’ because it was so fascinating to me at the time. That was the seed that she planted back then, opening up the world to me.”

As she got older, she wanted to help McDowall run the clinic and so decided to study literacy. But at the time, there was no literacy master's programme at UWI, so she did her master's and doctorate in literacy education at USF. While the clinic unfortunately closed down before Smith could return from completing her graduate degrees in the US, it is still a vision of hers to open a literacy centre that serves students and adults both face-to-face and virtually in the Caribbean region.

“For some people it seems impossible to have done the things I have done, but now that I look back at it, I can see the people who impacted me and the seeds that were planted. So you have to look back and give back.

"To me, at this stage of my career, it is critical to give back to TT, which I consider a second home. Not only was my daughter born in Trinidad, but she remains tremendously proud of her heritage."

Smith said she wants to remind students in TT of their potential for literacy success regardless of where they are from and the obstacles they face. She also wanted to remind the country of the power of developing critical thinking in literacy and language arts and the potential of its educational institutions to produce good in the world. 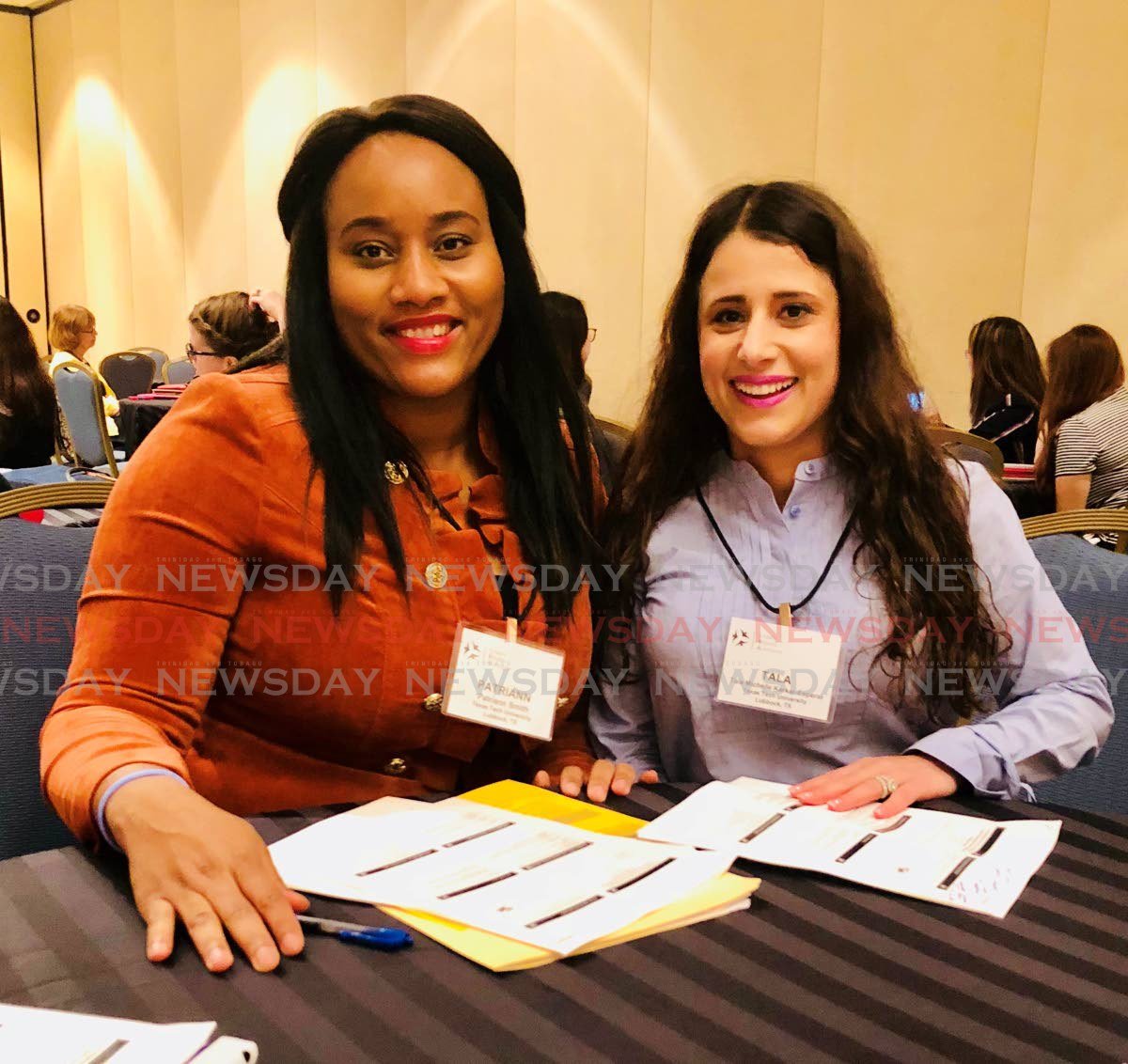 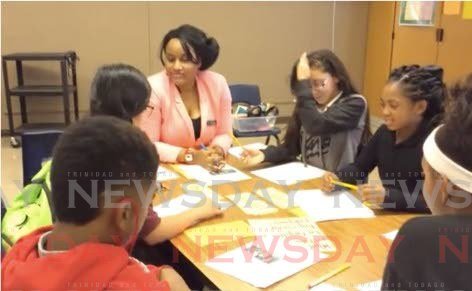 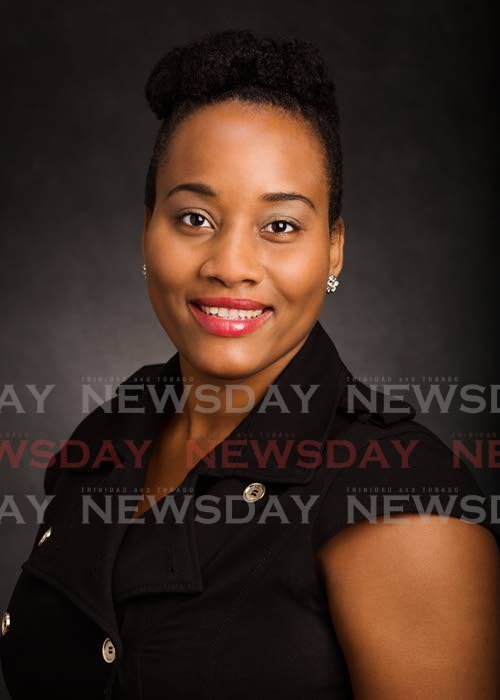