The Progressive Democratic Patriots (PDP) is intent on making land more accessible for young people if successful in the January 25 THA election.

In a live discussion on its Facebook page on Wednesday, PDP deputy leader Farley Augustine and Providence/Mason Hall/Moriah candidate Ian "Whitey" Pollard lamented the lack of realistic opportunities for young people to own land.

Augustine, who is seeking a second term as the electoral representative for Parlatuvier/L'Anse Fourmi/Speyside seat, said the discussion is relevant to his personal experience as well.

Augustine, 35, said he too is struggling to own a home as the market is priced out of his range.

"You're talking to someone living downstairs his parents house as a young professional, after having taught for seven years at Speyside High School as a contracted teacher, then as an assemblyman for four years," he said.

Augustine said it is difficult to get a mortgage approved as a young professional.

"When I went to the bank yuh know what they tell me? 'When yuh win the next time, come right away and we'll consider giving it to you.'

Augustine said as someone who shares the troubles of other young people, he is ideal to tackle the problem.

"The beauty about the PDP team...the PDP is providing for leadership a young man who is just like the average young professional and experiencing the same deficiencies in the system.

"I'm feeling it too so I'm working on all our behalf to fix these issues. That is why the PDP selected me to lead this team."

Pollard said young people just need to be given a start in life.

"An average man who is working Cepep, URP or (THA) contract, cannot afford to buy land. What we have to do is make these lands affordable and accessible to the younger generation. People don't need a handout, they need a hand up. That is what the young people need, because they are industrious. They just need a start."

Pollard believes agriculture is a means to give young people an avenue to be productive and successful.

"What will it take to motivate these people? After so much years, agriculture has been put down as hard work, slave work – negative connotations. Part of my plan is to introduce the young people to hydroponics."

He added, "I will ask you as Chief Secretary to acquire the Adelphi estate. It's over 100 acres of land. I am going to be a bit selfish for my people whereby people of Providence/Mason Hall/Moriah must be owners of 60 per cent of these lands.

"If these young people are not given lands (like) the Hochoy Charles (administration) did in 1996 in Signal Hill and Calder Hall, where you sell these lands at a cheap rate so these young people can save their money, buy land and approach financial institutions for loans to construct their homes, no one is gonna give them a start."

Pollard said he has been on the ground campaigning and two people have expressed willingness to lease 23 acres of land for young people to get into agriculture. He said he intends to ensure everything is done by the book and legal documents are drawn up.

Augustine said arrangements such as these are what the PDP is built on.

"We intend to lead in partnership with the community," he said.

Pollard said the PNM has not done anything to help black people.

"The PNM is boasting they are a party for black people but what have they done to uplift black people? Nothing." 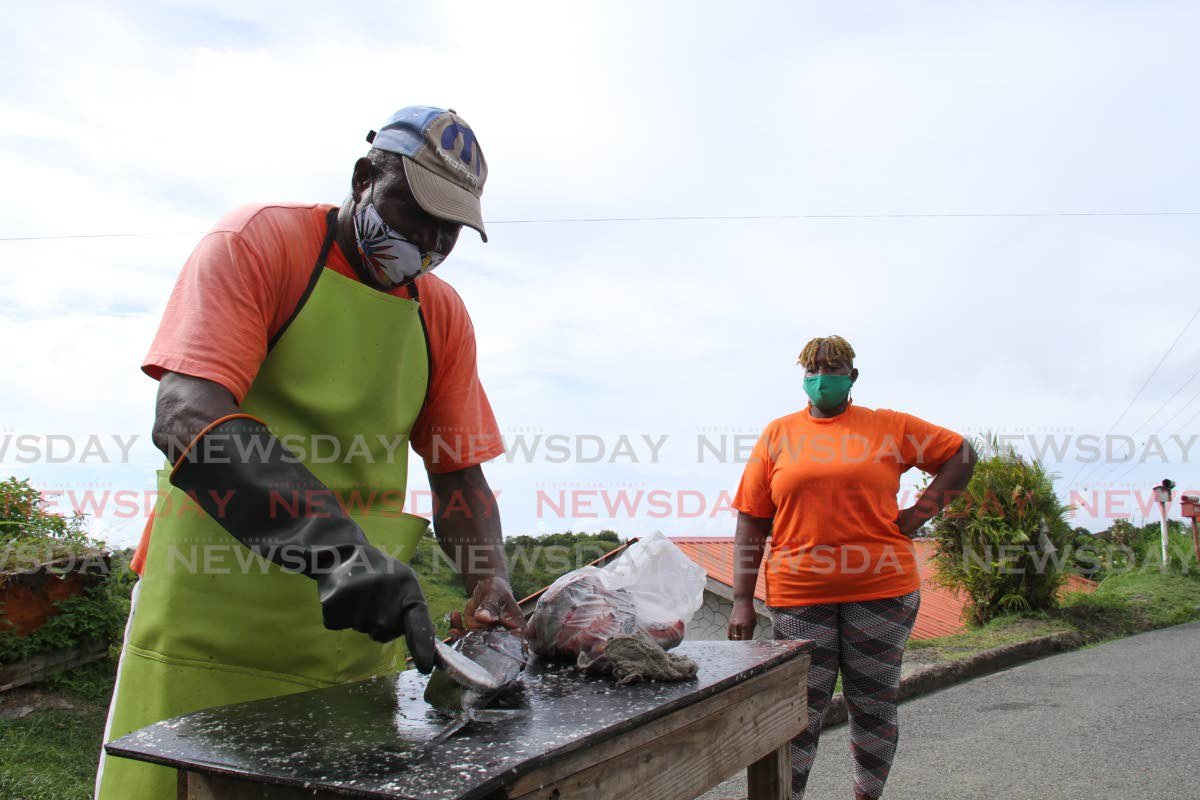