If you answered “Sí” or “Oui” and you’re about to read this article in English, odds are that you belong to the world’s bilingual or multilingual majority. You might be surprised to know that more than half the world’s population use two or more languages (or dialects) in daily life. And apart from watching movies without subtitles or having a much easier time travelling, knowing two or more languages gives rise to some fascinating realities: your brain may actually look and work differently from your monolingual counterparts. You may have the capacity to earn more in your job, and your language skills can translate to far-reaching economic benefits that positively impact your country’s GDP.

The benefits of a bilingual brain

Studies have shown that bilingual individuals consistently outperform monolinguals on tasks that involve executive function, problem-solving, task-switching and attentional control. In fact, multilingualism produces remarkable brain benefits, some that are even visible, such as higher density of the grey matter that holds the majority of your brain’s neurons and synapses, and heightened activity in specific regions when engaging a second language. The increased workout a bilingual brain gets throughout its life can also protect against the onset of degenerative diseases like Alzheimer’s and dementia.

In addition to the biological benefits, speaking a second language brings with it the advantage of an additional qualification that will make an applicant more attractive to potential employers. Companies that aim to reach customers around the world will value an applicant who not only demonstrates cultural awareness, but also has the requisite linguistic repertoire that will benefit business, while international organizations with satellite offices will see a relevant second language as an asset when hiring or promoting employees, giving bilinguals a competitive edge.

According to the World Economic Forum, speaking more than one language can boost economic growth. In a study that calculated for the first time the economic value of a country’s linguistic skills, a Geneva University team investigated the role of languages in the Swiss economy, and attributed nine per cent of its GDP to its multilingual heritage.

So how do languages generate economic value? For one, they can promote better trade relations. Research into SMEs in Sweden, Germany, Denmark and France revealed that those which invested more in languages were able to conduct more export transactions, while companies that invested less missed out on contracts. For example, German companies executing a multilingual export strategy and investing heavily in multilingual staff brought on 10 export companies to their market.

Bilingual employees have a skill that can lead to increased revenue for a company, which means that employers may be willing to pay more; boosting their potential earning power. For example, workers in Florida who speak both Spanish and English earn US$7,000 US per year more than English-only speakers, while a Canadian study showed that bilingual workers earned between three to seven per cent more than their monolingual peers. In India, workers who speak English retain the highest value, on average earning over 34 per cent more per hour.

Linguistic diversity can have a powerful economic impact

Such linguistic diversity results in individual financial rewards and overall benefits to the economy, so that bilingualism and multilingualism should be promoted with the aim of growing a country’s linguistic capital. (Even more so because the majority of countries already have an enormous untapped linguistic resource, namely migrant families, according to the World Economic Forum.)

To achieve this, multilingual exposure is necessary, especially to languages which are identified as important to a country’s needs and therefore should be included or taught in the future.

According to a British Council report, a country’s long-term language needs can be analysed by looking at a variety of economic, geopolitical, cultural and educational indicators such as current export trade, the language needs of local business, governmental trade priorities, emerging high-growth markets, diplomatic and security priorities, and the public’s language interests among others.

The UK acknowledges that language deficits threaten a country’s global competitiveness, influence and standing as well as its citizens’ ability to thrive in an increasingly globalised world. In order to prepare a population for the language demands of the future, it recommends a strategic approach to language education policy that is connected to a country’s targets for international engagement in business, culture and education.

Businesses should be encouraged to foster the development of linguistic skills within their organizations, and policymakers should engage in effective ways of utilizing the language and cultural skills of the country’s diaspora and minority communities. This in turn would enable systems of education to increase language-learning opportunities and promote intercultural understanding, with languages being given the same high level of importance as science, technology, engineering and mathematics (STEM) subjects.

The teaching and learning of languages cultivates interpersonal understanding, and has the potential to foster peacebuilding perhaps even on a global level. Take Brazilian-born Sergio Vieira de Mello, a former UN High Commissioner for Human Rights with a long and distinguished career as a humanitarian activist, negotiator and peacekeeper till his death in 2003, who spoke fluent English, Spanish, Italian and French, along with some conversational Arabic – in addition to his native Portuguese – making him an obvious choice for the role of UN Transitional Administrator in East Timor, where he made groundbreaking progress in building the political and bureaucratic structure of a functioning state and propelling the country towards its first presidential elections. He is credited with learning Tetum, an Austronesian language spoken on the island, and using it to negotiate successfully with officials and resistance leaders alike, avoiding conflict in a volatile political environment and building trust among locals who were wary of international interference.

While we may not hold a high-profile, high-stakes position like de Mello, in our everyday lives we are reminded of the importance of functional and effective communication in establishing connections with persons of diverse backgrounds and cultures, especially in the case of those who do not speak our language. Right here in TT, we face the challenges of a language barrier that denies access to a growing community of migrants and hinders their successful integration into local society.

With the cognitive, social and economic benefits of bilingualism in mind, how productive would it be then to make the effort to learn a second language that closes the distance between tolerance and xenophobia, acceptance and rejection, love and hate?

And quite frankly, the world needs more heart communication.

Darcelle Doodnath is an educator specialising in modern foreign language pedagogy. She holds a postgraduate diploma in education from the University of the West Indies, a diploma in methodologies of teaching Spanish as a second language from Universidad de Chile and an undergraduate degree in Hispanic language and linguistics from Brown University. 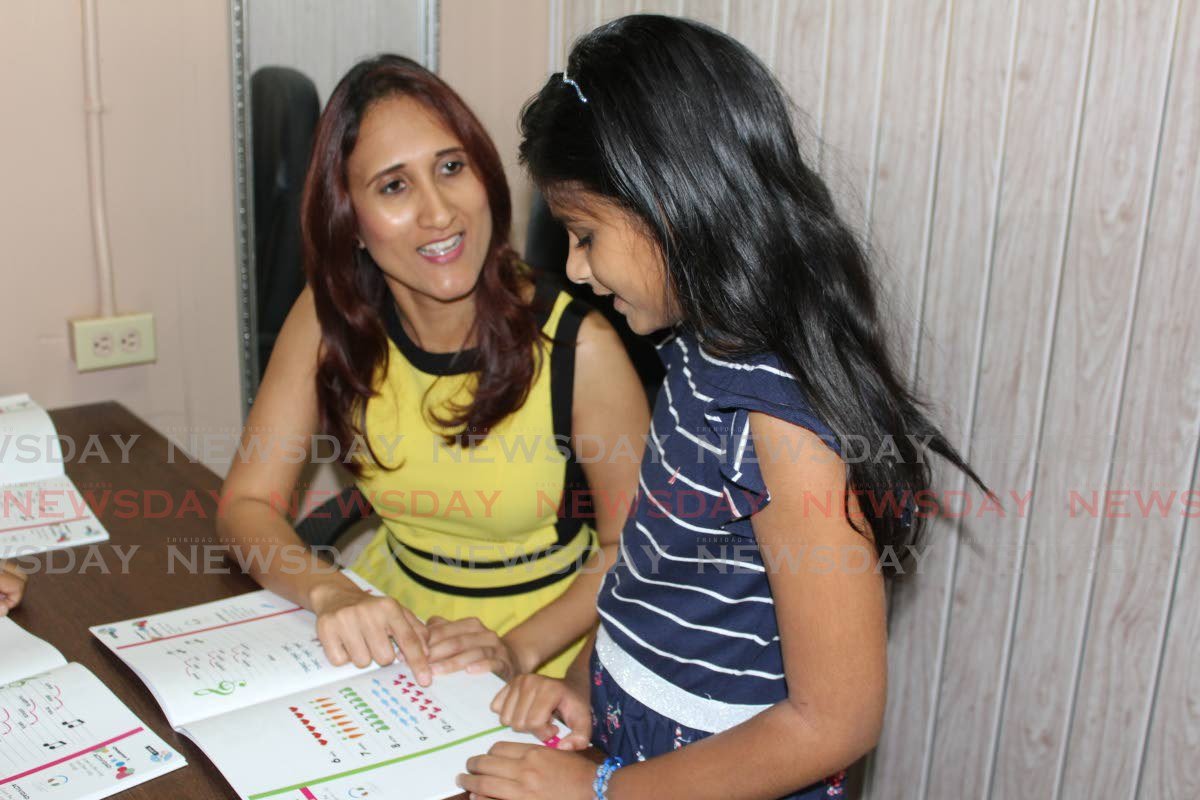