Spokesman Jason Regis said the company was contracted by Mitsubishi Heavy Industries Ltd (MHI) to do pipeline work on the petrochemical complex from the plant to the port in La Brea. The work included welding, fabricating, rigging, fitting, and excavation.

Last year, the job ended, and workers were expected to get fringe benefits within two weeks.

"I worked on that project for over a year and I left in October (last year).” 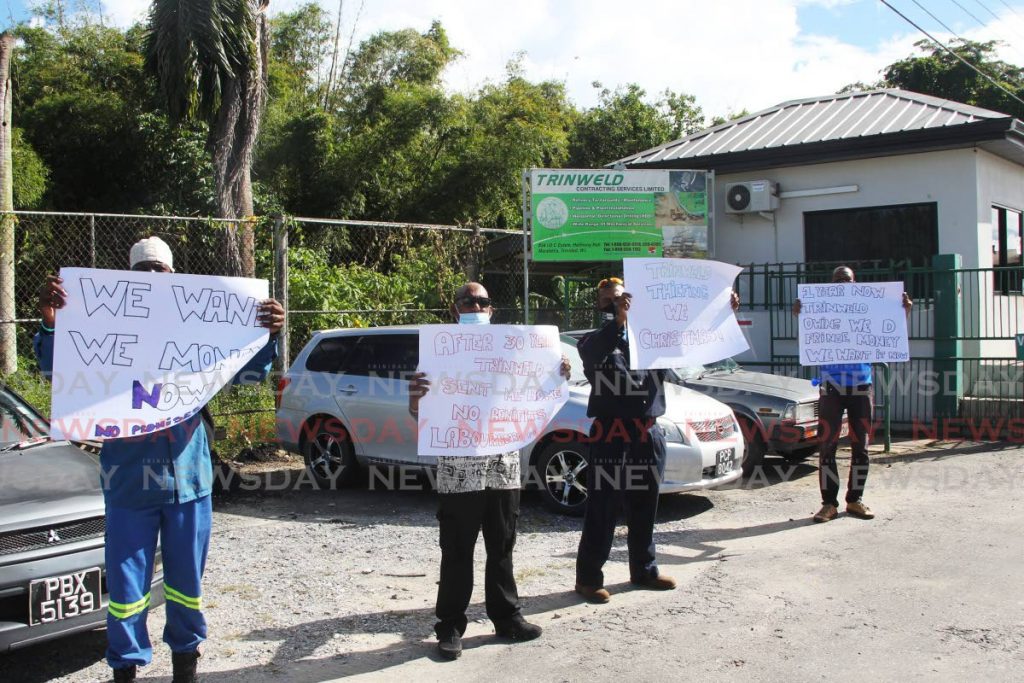 Regis and other ex-workers held up placards outside the IDC Estate, Harmony Hall, Union Road in Marabella on Thursday.

One placard read, “1 year now Trinweld owing we fringe money. We want it now.” Another said, “We want we money now. No promises.”

An estimated 50 workers are affected, Regis said, adding that some do not “have the belly" to protest, fearing victimisation.

They are fed up and want their money, he said.

“Christmas is coming, and we have things to do. We have only been getting excuse after excuse.

Newsday called the company, but the person who picked up the phone did not reply and the phone went dead.