Zeno Constance, one of our foremost community historians — and troves — of calypso, has not near the social media following he ought to. Six months ago, he issued a challenge from his lively Facebook page:

What’s the best couplet in a calypso?

I was crestfallen. I can’t imagine a livelier or more heated national debate to be part of, and was really looking forward to the exchange.

In the spirit of rejecting pigeon-holing honouring calypso to one month, I’m bringing Zeno’s imaginative question to November’s pages. His May post sparked an obsessive review that settled days later on 18 couplets I could recall across a range of compositions (with a bit of cheating — to capture the wit of the point, in several cases I picked a whole quatrain).

Most selections came, obviously, from my favourite calypsoes and calypsonians. Sparrow and Rudder, predictably, come in first — tied with five selections each — in Rudder’s case two in the same composition. Black Prince had two; and others came from Bunji, Mystic Prowler, Sandra, Shadow, Andre Tanker and Zandolie.

Topping my list is Tanker’s Roller Coaster, voiced by Destra, about how wining to pan does make you cry: “I say hold down the rhythm, make me cry when I wining | No sticking, just keep on pushing.”

The two nation portraits I highlighted last month (Another Day in Paradise and Voices from the Ghetto) are memorable not just for the painting but key brushstrokes — Rudder’s indelible “The future, God bless them, look in their schoolbag | Future knife, future gun, future jailyard” and Sandra’s bellowed “Cupboard always bare and scanty | Ten people in a one-bedroom shanty.”

There’s likely little debate over these lines in Rudder’s anthem Calypso Music: “It is a living vibration rooted deep within my Caribbean belly | Lyrics to make a politician cringe or turn a woman’s body into jelly” — though my special, unrhyming pair is “And does it tell you that your pain is a liar | Does it wash away all the unlovely,” which I recall singing over a loud CD player many Brooklyn nights when tabanca for home ketch me.

My favourite Rudder line, however, is from the humorous Jump Up: “If was Appollon, he would have tenderize you with butt | But all I have is a safety pin, so I go juk you under your foot.” Though I can’t overlook Behind the Bridge’s “She used to live like a human now she lives like a vulture | Ever since she fell in love with Medellin agriculture.”

Sparrow’s lines include, of course, the ones to LuLu I chose as epigraph for my poetry collection: “I know nobody go see and is only the two of we | But I fraid you go make a calypso on me”; the sheer economy of poetry in Phillip My Dear, “He lingay like you but harder | He laylay like you but badder”; the singalong chorus in Mae Mae, “Ayayayayay, doux-doux, darling, look my pores raise up | You making feel weak, weak, stop, Sparrow stop”; one of the wittier lines in the hilarious Lying Excuses, “The reason my hand was in she bosom | I was feeling to see if she had a gun”; and some of the earliest calypso lines I can remember, “After the wedding day, I don’t care what nobody say | Every time I take a good look at she face I see a bankbook,” from Mr Walker.

The list wouldn’t be complete without Zandolie’s smut, Stickman: “Well it slip out she hand and she fall in agony, begging me to stop | I say is wood make you bawl, is wood make you fall, is wood to make you get up.” But Mystic Prowler’s ability in Rejuvenation to pun on erections still leaves me jawdropped: “Man who sentence to hang now take Viagra, now they getting life sentence with hard labour | Old village ram who done pause and rewind now they press fast forward to play porcupine.” And Bunji gets on for the sheer creativity of Bad from Sperm: “They say them bad, my soul does tickle, me a badman from inna my father’s testicle | They whey bring the wicked injection? Man a badman from before my father’s erection.”

Black Prince’s woven storytelling is represented in his chronicle of seeking a recommendation letter for a date: “Is just she eh want me is that she mean, so she rest me down on a dotish scene | But I remember I have a homo cousin name Hugh, so I let he write it, that is woman too” and his tale of his One Desire: “And my old lady say when she was making me how some old tomcat used to frighten she | So is since quite before I born pussy been causing me strife is why I living such a pussylistic life.”

Finally, I remember the sheer glee of jumping up in 1974 singing, “She say my shoe burst and I lost my purse | I tell she throw way the damn shoe and I throw way my shoe too.” Shadow’s I Come Out to Play. 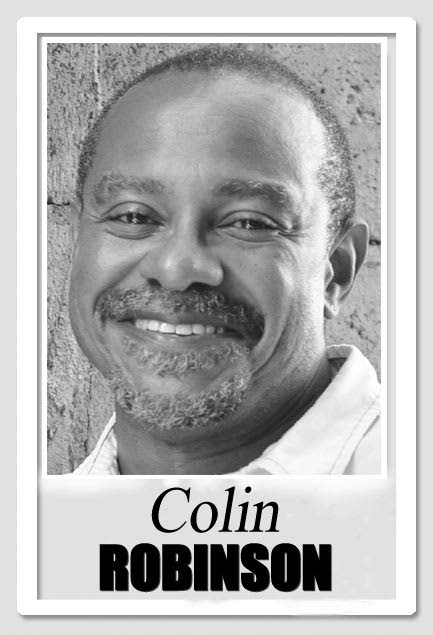