FORMER TT Cricket Board (TTCB) and West Indies (WI) Under-19 performance analyst Dinesh Mahabir believes live streaming all regional and domestic tournaments can minimise the risk of players being called for suspect actions later down in their professional careers.

The 38-year-old, who has been working alongside the TTCB and Cricket West Indies (CWI) for the past nine years, affirmed that live streaming, especially during a player’s development stages, plays an integral role in analysing and immediately correcting the potential illegal actions of cricketers.

If these inaccuracies can be recognised and remodeled at an early age, the chances of rehabilitated players being called for suspect action are bound to significantly reduce or become non-existent.

If the 32-year old is reported for a second time, he will be suspended from bowling in this year’s IPL.

Narine will then have to get his action cleared by the BCCI (Board of Control for Cricket in India) Suspect Bowling Action Committee to bowl again in the tournament.

The talented spinner was reported twice in the Champions League 2014 tournament and missed the 2015 ICC World Cup to work on his action. Narine was reported again during the 2015 IPL and was eventually suspended from bowling in November that year.

The International Cricket Council (ICC) cleared his action in April 2016 but he had to pull out of the T20 World Cup in India that year. In March 2018, he was reported again during the Pakistan Super League.

When Narine’s action was called into question in 2014, he returned to TT and did remedial work alongside national bowling coach Kelvin Williams, with Mahabir documenting the process. Joining them was pacer Kevon Cooper, who was also reported in the same year, for “suspect illegal action” competing for Rajasthan Royals at the 2014 IPL.

Mahabir worked closely with the player pair, and with Williams’ expertise, used video analysis to record, analyse, evaluate and amend their incorrect bowling actions. Narine then flew to Australia where his actions were tested and he was cleared to bowl.

Over the past three years, CWI has been gradually enhancing its live stream of domestic tournaments such as the Regional Four-Day.

He insists the introduction of live streaming at a youth level will highlight and correct suspicious actions before players go on to become professionals.

“Youth, emerging, development and A-team cricket is where performance analysts have the most impact. It is here that you’re actually screening players to become better. When you go to the top level to work with the pros, they don’t need no real analysis because they know their plans and opponents inside out and just need back up. Top level is about execution. Just below that is about building yourself up to that level,” he said.

Mahabir was an instrumental part of the regional Under-19 team performances at the last three World Cups in 2016 (Bangladesh), 2018 (New Zealand) and 2020 (South Africa). In 2016, the boys in maroon powered to their first-ever U19 title.

Two years later, they lost to Sri Lanka in the plate final and was then eliminated in the quarter-finals of this year’s edition.

According to him, footage from tournaments is crucial and provides a firsthand look at player performance reviews – a visual platform for corrective measures.

“CWI is now getting games live streamed and it’s a good initiative. If implemented perfectly, it’s a multi-million dollar industry. With live stream, that’s where all the data on players come from. If a selector/coach is unable to view a match live, he can still go back and look at it, which is just scratching the surface of what that can provide. You can watch yourself, watch opponents and it makes you think and develop more as a player.

While pleased with CWI’s recent installation, he added, “In most major Test playing nations, all their domestic games are live streamed and available to be viewed again. They have years of research ahead of us (WI). They know their players much better than we do ours. Getting that live streaming running smoothly is the proper structure going forward. It’s a pathway to success.”

Mahabir admitted that countries such as Australia, India and England have a clear and defined pathway where player statistics are analysed on a development chart from a tender age throughout their entire career and until retirement.

He also stated that comparing mental, physical and performance statistics with previous performances can unearth several hidden factors contributing to a player’s performance.

“It can show you things like ‘at age 15 maybe he (cricketer) was a bit angry’. ‘At age 21, maybe he had an ego and so on. We’re (WI) miles behind that right now but having the proper structures in place can shorten the gap,” he added.

Mahabir plans to implement, for the coming season, to have video analysis for every domestic club team.

According to him, being able to go back, view and correct illegal actions is key to elevating individual performances with the bat and ball, and by extension, constructing a well-rounded team that maximizes its competitive potential due to early rehabilitation and technique revision. 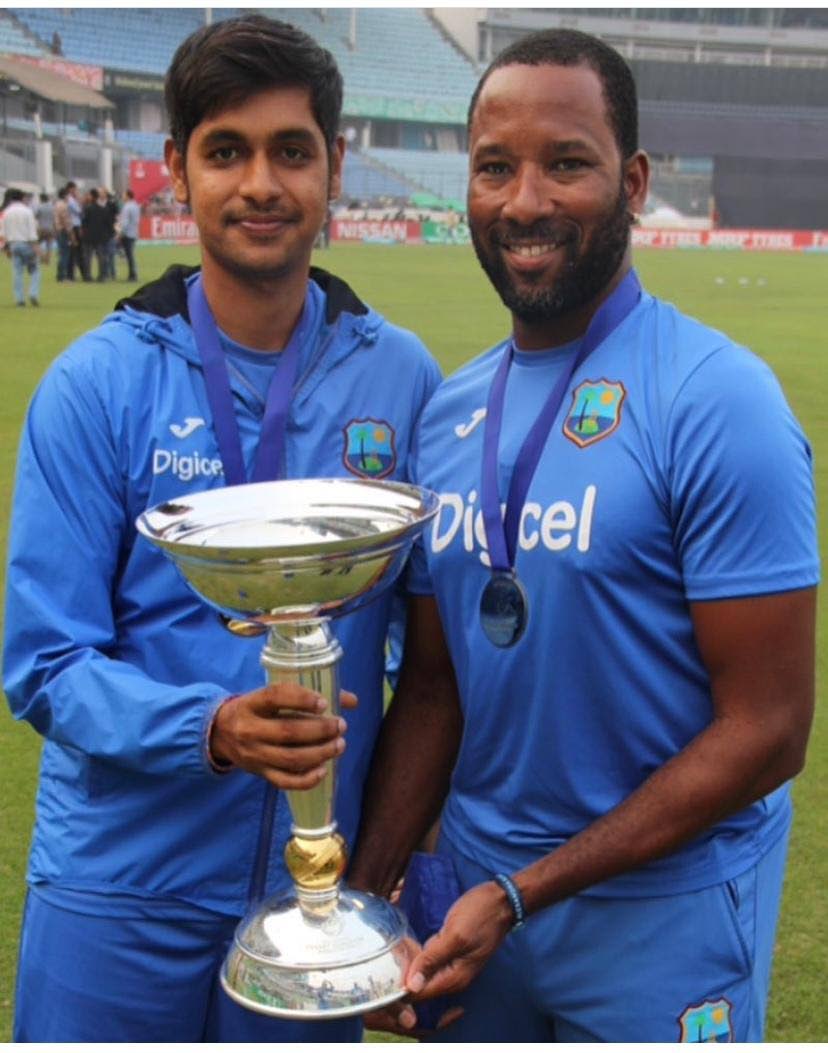