TKR clinched the title with an eight-wicket win over St Lucia Zouks at the Brian Lara Cricket Academy in Tarouba on Thursday.

In a Facebook video, Dr Rowley said, “My heartiest congratulations to the TKR, amazing champions once again.”

The staging of the eighth CPL was in doubt for months because of the covid19 pandemic. After deliberation, the Government announced that TT would host the entire tournament for the first time with matches being played at the academy and at the Queen’s Park Oval in St Clair.

Called The Biggest Party in Sport, stadiums throughout the Caribbean are normally filled with passionate cricket fans with the TT venues the frontrunners for entertainment with cheerleaders, music and soca artistes adding to the spectacle.

The 2020 edition was one that fans would never forget as spectators were not allowed to attend matches because of the virus. Thousands of people have been laid off or working from home during the pandemic, so TKR’s flawless run in the tournament would have brought smiles to faces as people were glued to televisions.

The TT franchise won 12 consecutive matches and culminated with a win in the final.

Gathering at one's favourite bar was also not an option as in-house dining was prohibited during the period of the tournament – August 18 to September 10 – in an effort to limit gatherings.

Rowley said TT needed a boost during these uncertain times.

“It was a pretty good tournament. It did not have the best of every component, but it had a lot of good cricket and it is a good lifter of our spirits here in TT. Our country was on show for the last three and half weeks and I think everything went very well from that standpoint. We are pleased to have hosted the international players and our local players, and we did have a very good tournament.”

Over 250 players and officials stayed at the Hilton Hotel in St Ann’s and this helped save jobs for workers at the hotel. The players were confined to the hotel and only left for matches and training sessions.

Rowley thanked all those who made the tournament a success.

“Well done TKR! Congratulations to the Trinbago Knight Riders on an amazing, unbeaten campaign which ensured that they captured their fourth Caribbean Premier League (CPL) title today,” she wrote on Facebook.

Persad-Bissessar, who expressed concerns about holding the tournament in TT during the pandemic, said the victory was what the country needed.

“TKR's unbeaten run in this year's CPL offered great inspiration to us as citizens because it demonstrated the reward of teamwork, the value of never giving up, and the courage of being determined even when the going gets tough. TKR has given us more than just entertainment and national pride. They have instilled qualities which we all should live by in these uncertain times."

Prime Minister of St Lucia Allen Chastanet was thrilled by the performance of the Zouks and said on Facebook the team created unity among the people. Before the final, Chastanet said, “@darensammy88 and the @stluciazouks have given us a lot to be proud of this CPLT20 season. Their energy, focus and dedication has inspired us all.”

After the final, TKR captain Kieron Pollard thanked local fans and the CPL. “We want to thank all the fans for supporting us right through. It would have been more brilliant if you guys were here. CPL (did) a brilliant job in getting off the tournament and I think it was fantastic all round, so I hope we brought smiles to the faces.”

On Wednesday at a media conference before the finals, Zouks captain Daren Sammy also thanked the CPL for making the tournament a reality. “I just want to thank (tournament operations director) Michael Hall and his team for actually pulling this tournament off,” Sammy said.

Minister of Sport and Youth Affairs Shamfa Cudjoe was elated and relieved that the CPL was held successfully during the pandemic.

In an interview with Newsday, Cudjoe said, “I am very happy to see TKR win this tournament once again.”

Cudjoe said TT has set the bar in terms of hosting a sporting event during covid19.

“We had to experience CPL for the first time with no spectators and that’s what most of us enjoy most. I think at the end of the day we would have learnt so much and developed a template that could help guide other countries who wish to host sport tourism events of this nature and to help even local sporting organisations as they develop their protocols to keep operating and keep playing because we all have to learn how to live with covid.”

TKR owner Shah Rukh Khan tweeted, “Thank you Trinidad and Tobago and the @CPL for the tournament.”

Khan commended the performance of the players and staff of TKR in another tweet. 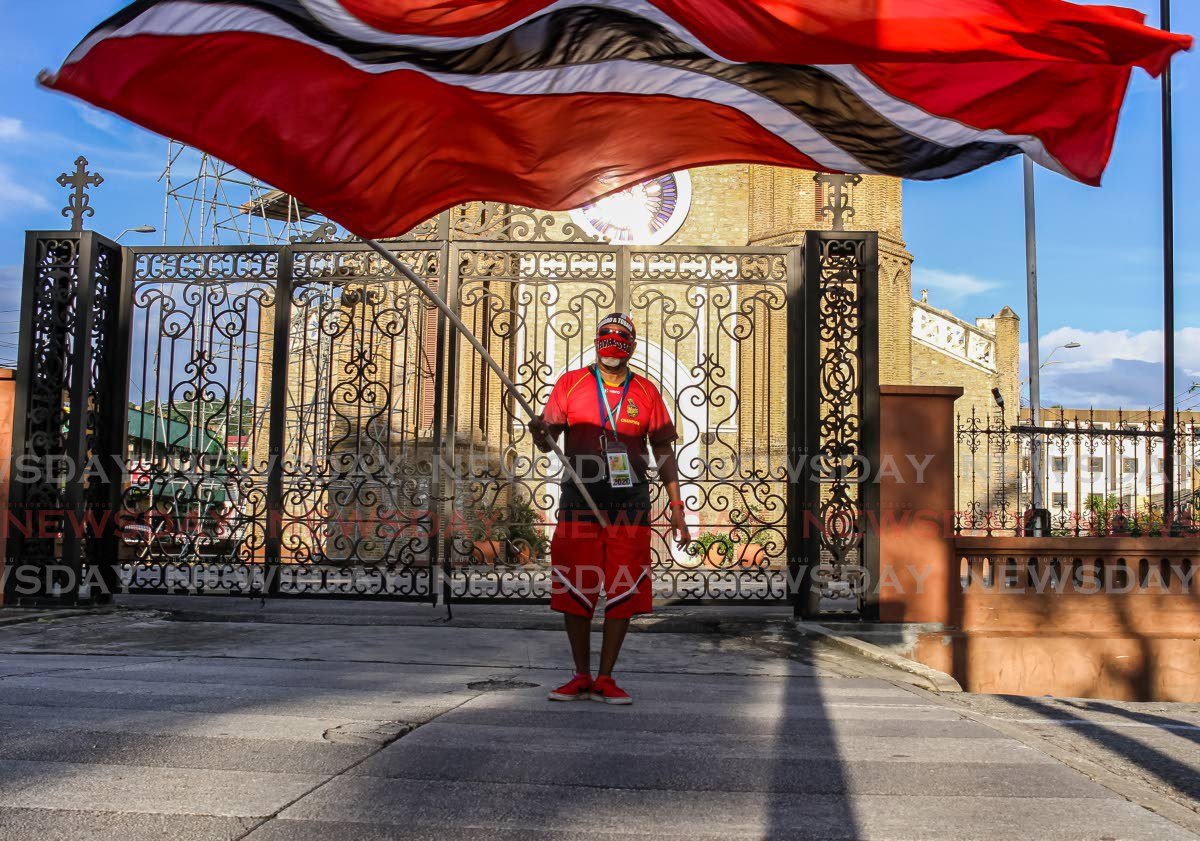