ST LUCIA Zouks advanced to the Hero Caribbean Premier League (CPL) T20 final for the first time in franchise history when they dismantled Guyana Amazon Warriors for the tournament’s second lowest team total and powered to a resounding 10-wicket win at the Brian Lara Cricket Academy in Tarouba on Tuesday.

Sent in to bat, the Amazon Warriors had the worst possible start as they lost two wickets, Brandon King and Shimron Hetmyer, in the first four balls without a run on the board. Fast bowler Kuggeleijn claimed the early scalps consecutively but was unable to secure a hat-trick.

With vice-captain Nicholas Pooran and opening batsman Chandrapaul Hemraj at the crease, Mohammad Nabi tightened the screws as he bowled a maiden in the second over. Pooran hit Kuggeleijn for consecutive fours in the third over but perished seven balls later as Nabi had him caught brilliantly by a diving Deyal at long-off (14/3).

Ross Taylor and Hemraj failed to make any big impact as only nine runs came from the next three overs which climaxed with the former going out trapped leg-before by off-spinner Chase (24/4).

Chase struck again in his very next over as Keemo Paul (two) played into the hands of Kesrick Williams at deep square leg (32/5). Hemraj smashed his team’s first Hero maximum of the innings by pulling away over mid-wicket against left-arm spinner Khan while skipper Green hit the second in similar style off leg-spinner Javelle Glen.

Glen, however, forced Green to hit in the same direction on the very next ball and had caught by Nabi in the deep (51/6). Only four more runs would be added to the Guyana franchise tally as leg-spinner Deyal consecutively removed top-scorer Hemraj (25) and Romario Shepherd without scoring.

Deyal also missed out on a hat-trick but Khan cleaned up the remaining two batsmen, Kevin Sinclair (one) and Imran Tahir, with 6.2 overs to spare.

In their turn at the crease, St Lucia Zouks played positively and raced to their target without a blemish on their batting line-up.

Opening batsmen Rahkeem Cornwall (32 not out) and Deyal (19 not out) led the charge for the Darren Sammy-led unit to secure a historic place in Thursday’s CPL final against the unbeaten Trinbago Knight Riders.

Cornwall showed clear intent to have things over with quickly as he launched off-spinner Green for two sixes in the first over. Deyal responded with back-to-back fours off leg-spinner Tahir while the heavy-set Cornwall heaved over wide long- on for a boundary off pacer Naveen ul Haq. Deyal also punished the Afghan bowler over deep mid-wicket for his first maximum of the innings.

The pair rotated the strike and played smartly. Cornwall and Deyal rallied to the end and raced to 56 without loss in just 4.3 overs.

For his all-round performance with the bat and ball, Deyal was adjudged Man of the Match.

The 2020 Hero CPL final between three-time champions TKR and first-time finalsits St Lucia Zouks bowls off at the Brian Lara Cricket Academy on Thursday from 10 am. 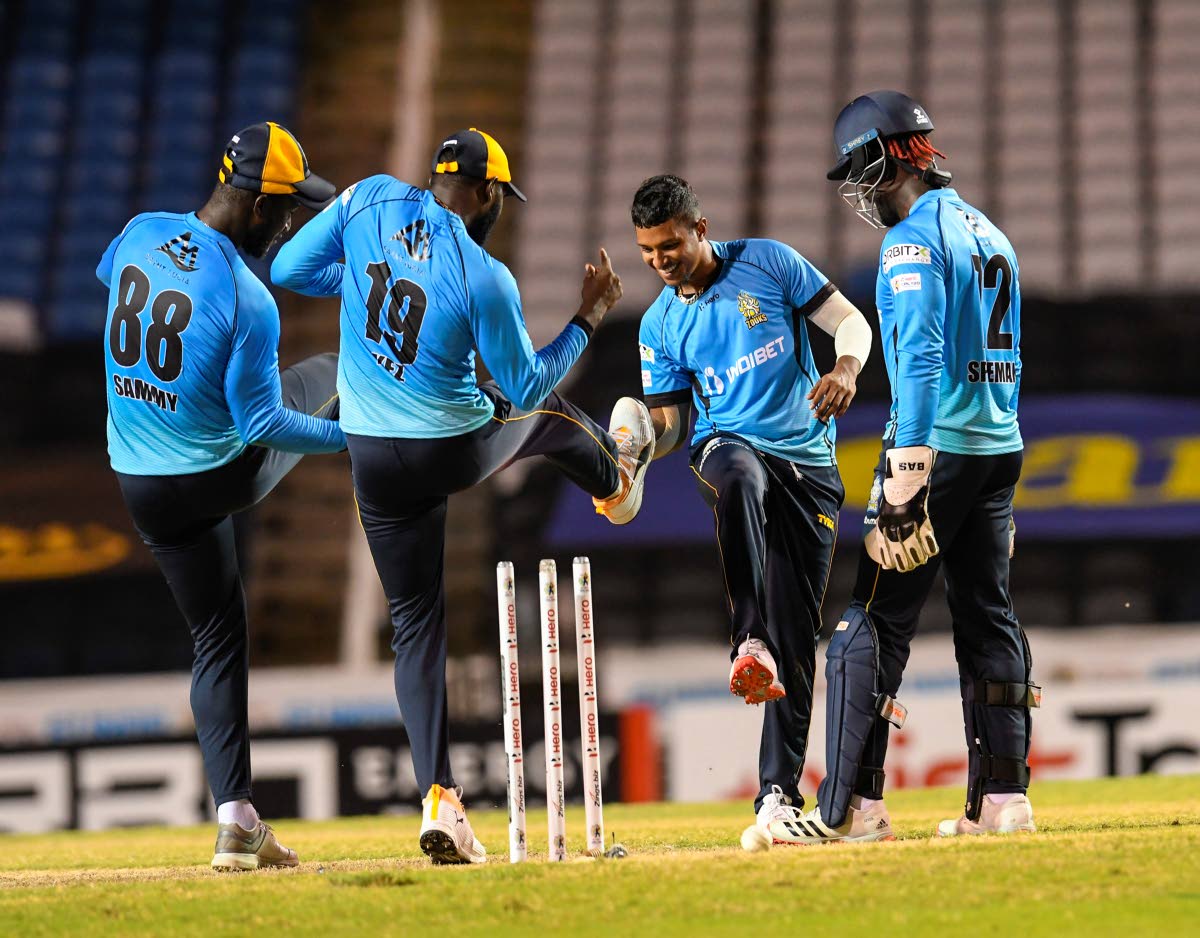