As TT prepares for schools to reopen virtually on Monday, parents have rushed to get their hands on the electronic tablets and laptops their children will need.

But even though taxes are to be removed, the costs have gone up.

Electronic retailers say there has been an increase in the cost of importing devices.

But sales have still risen, owing to an increase in demand.

The owner of Hi-Tech Electronics of Henry Street told Newsday on Monday he only imported about ten devices, and they sold out on the first day. The owner requested anonymity.

“Everything is online. People are working (and) going to school and need laptops,” he said, explaining because of the worldwide demand for the devices, coupled with the reopening of schools, he has noticed an increase in the cost of importing them of up to 25 per cent.

“It is difficult to get devices out of the US right now.”

He said he expects prices to come down by next week, after schools have reopened and are in full swing, and is expecting a shipment for his store to come in by Friday.

He said Finance Minister Colm Imbert’s announcement of the removal of taxes would help reduce the cost.

On Friday, Imbert tweeted that in keeping with the PNM's election promise, "Cabinet agreed to remove all taxes on laptop computers, notebook computers and tablet computers. This measure takes effect immediately.”

A mother, who wished to remain nameless, buying a laptop for her nine-year-old daughter at Tech Access on Frederick Street said she found the price she paid was reasonable and she was ok with the purchase because her child needed the laptop for school.

She said she and her daughter were happy with virtual classes as her daughter was already acclimatised, having started since March, at the beginning of the stay-at-home orders to curb the spread of the virus.

“She prefers the online classes, actually,” said the mother. “She wishes it could be like this all the time.”

The cashier at the store, Brandon Lee, said it had also experienced a rise in sales last week. He said unfortunately, because of the cost of importing and difficulty sourcing devices at present, prices were a little higher than usual. The outlet is expecting to restock in the coming days, and Lee said the business will try to work out the best price possible for its customers.

An employee of one store, who wished to remain anonymous, said the cost of one of their best selling Amazon tablets originally cost $295, but due to high import costs, the tablet is now double the price at $595. He expects the cost of devices to decrease now that import taxes on devices have been removed, but could not say by how much.

The manager of another electronic outlet in Port of Spain said laptops have been sold out since last week, and sold out quickly. She said the store only has a few tablets left.

“The laptops went in a flash,” she said, adding the store also gave discounts for their customers on the devices.

The manager of Courts' South Quay branch said there was a rush for devices last week. She said all of the devices except one tablet were already sold out and other Courts outlets nationwide were experiencing the same increase in sales.

According to the stores’ website, the Alcatel ten-inch tablet, originally priced at $1,199, was sold at a reduced price of $999 and an HP 14-inch laptop, originally $7,599 went for $6,799. Although the sale is still on, the manager said there are very few devices left. 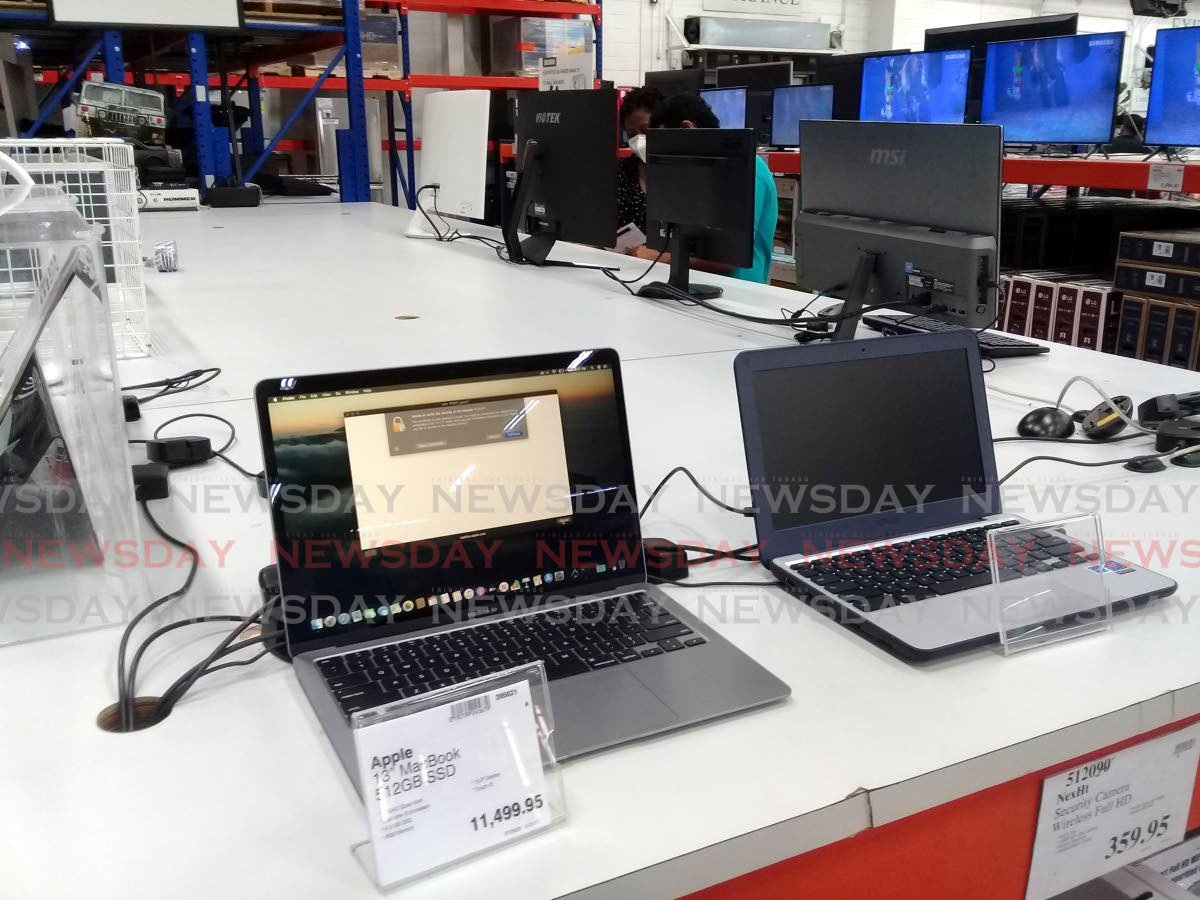