The old folks used to say you can’t teach an old dog new tricks, but it certainly is not true in 2020. The covid19 pandemic has proven that when it is a matter of survival any old monkey can come up with a new trick or two.

The sudden and brutal economic recession into which we have been plunged has required really original thinking and a lot of fast footwork in order not to sink. The verb “to pivot” found itself plucked out of near rare-ish usage and given modish importance as businesses of all sorts are forced into short-term changes that also contribute to their company’s longer-term survival.

The noun “pivot” signifies the sideways step you take to save yourself. Most companies are busy pivoting but even some the most resourceful and creative executives have been rendered flat-footed because of the nature of their business, such as air travel and tourism.

In my world of literary festivals and publishing, the hit has been tempered by the ease with which the main product – words – lend themselves to digital consumption, which is the new dawn.

The publishing and media industries have just been through at least two challenging decades of transformation from analogue to digital technology and from traditional books to e-books and a boom in audio-books and podcasts, so a lot of the pain had already been experienced by the time the coronavirus struck. Literary festivals, which are at the consumer end of the value chain, have been quick to pivot onto online platforms, significantly changing the nature of the festival – something involving activity and an air of celebration – and paring it down to its essential self, its raison d’etre, which is to bring the reading public and writers of books, usually the newest books, together.

The biggest literary festivals in the UK and the US have had to cut their hundreds of events, spread over a week plus, to mere dozens, and migrated them online. For many of the 400 lit fests in the UK, for example, that have sprung up seemingly in response to the digitisation of books, the loss of income has been staggering, as they depend on ticket sales, and the pandemic arrived at a critical time in the spending cycle, in which money has been spent and not yet recouped.

Publishers rely on festivals to help promote authors as well as books and the atmosphere does a lot to help the sale of new titles.

It has been unfortunate for a handful of Caribbean writers for whom their best books to date and excellent debut titles have not been able to benefit from exposure in the metropolis in 2020 as opportunities for engaging with readers were reduced.

That is where TT’s annual lit fest comes in. The NGC Bocas Lit Fest, due to have taken place in May, will now happen as a virtual festival during the weekend of September 18-20. The usual near-100 events have been reduced to 18, but the festival will host those stellar writers and many newcomers in Stand and Deliver, and will retain, too, as many of the popular annual events as possible: author readings, discussions, book launches, even prize-givings, the signature extempo debate, featuring two former extempo monarchs, and children’s storytelling, all involving 80 participants.

The complex crisis has brought opportunity. The Bocas team readily and eagerly accepted the crash course in digital production and going completely virtual, and since May has been producing and livestreaming an average of two events each week.

We have also created new online events, such a monthly book club called Bring Your own Book and Bottle (BYOBB) and Bios & Bookmarks, which is a weekly interview with a prominent Caribbean writer.

Another benefit is that the growth in virtual output matches the increase in digital consumption and the year-round Bocas Lit Fest output is bringing new audiences to our work and will do, too, for the festival. Virtual participation also makes it possible to attract writers who would not easily agree to travelling across oceans for a literary weekend in TT.

The buzz of the physical festival could never be replaced by a virtual one and the ideal may well be a hybrid. This year is the time to learn what is possible.

The air of festivity that is an essential ingredient to any literary festival will not be missing at this year’s NGC Bocas Lit Fest. We are setting out to capture much of the unique spirit of our festival, which helped get it chosen as one of the top 20 in the world. We have commissioned a signature tune for the three days of continuous daytime and early evening live streaming, and will introduce our specially created festival characters Bokey and Rona, the frenemies, with whom to journey, literally, on their road trip in search of this year’s virtual festival experience. 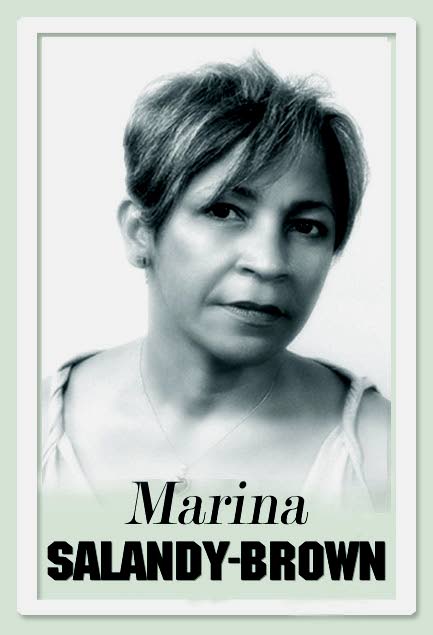