Jubilant supporters of UNC San Juan/Barataria candidate Saddam Hosein who gathered to celebrate his victory on Monday night were warned to disperse by police. The warning came after the crowd refused to abide with strict health guidelines to stand at least six feet apart in groups of ten to prevent the possible spread of covid19.

Shortly before 10 pm, supporters gathered at Hosein's constituency office after the seat was declared in favour of the UNC. Police intervened as supporters crowded the entrance of the building and street in front of the office.

Police shut down the celebrations and warned supporters of breaches of the law and possible arrest. Officers led by acting Supt Roger Alexander pleaded with the supporters to firstly comply with the health regulations and when they refused the police ordered the crowd to disperse. 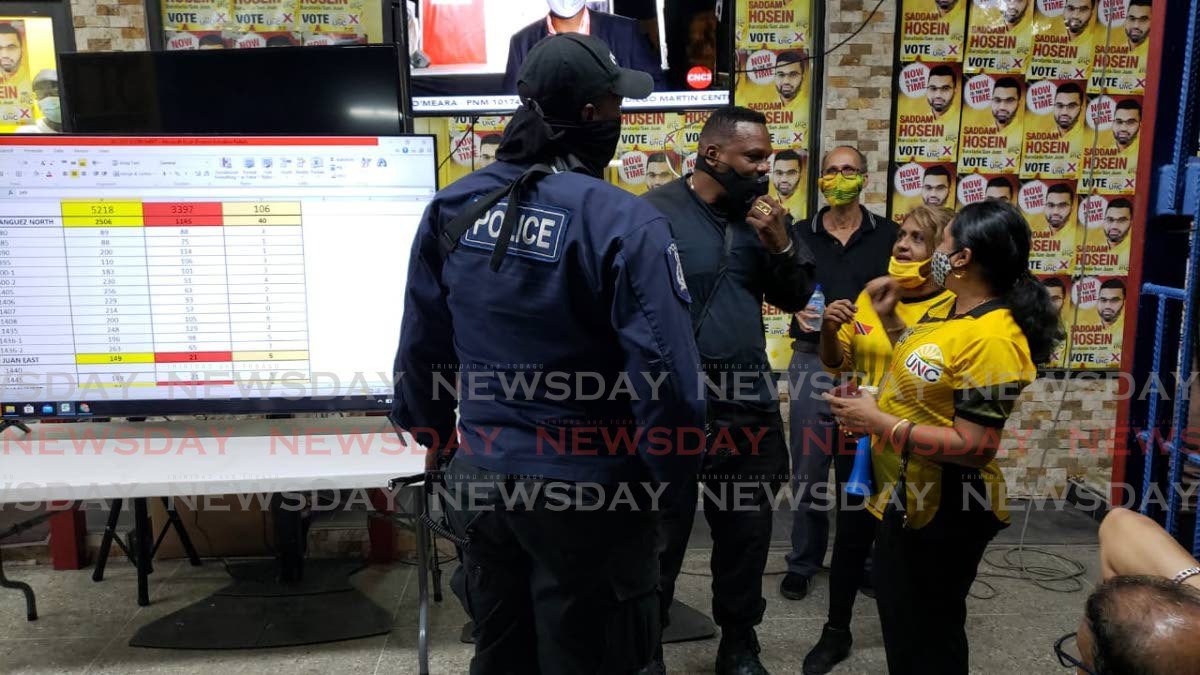