There were mixed views about the voting process at several polling stations in Couva, with many people describing it as too long.

Voters were peeved at having to undergo a process that took over an hour to complete.

“I think the EBC could have done a lot better this morning. We knew that this election was constitutionally due this year, and this morning, in light of covid19 and the situation that we find ourselves in in TT, voting in this sort of situation and having to adhere to the regulations and so on,  EBC could have done a lot better with respect to the elderly and disabled persons.

“It took me almost an hour to vote. Covid19 had reached our shores months ago and they could have done a lot better with respect to putting provisions in place to deal with the people who were most vulnerable participating in today’s election.”

In light of the covid19 pandemic and the health regulations in place, the EBC also implemented measures to ensure voter safety. These included washing hands, sanitisation, physical distancing and wearing masks. The latter, however, was not mandatory.

Voter Zaid Mohammed said while he understood the need for the protocols, the two-hour time off allotted to workers to vote was not enough.

Mohammed, who spent about 90 minutes waiting in line, said: “I really think that more time should be given for time off from work – maybe extend it to three hours for people to vote.

“I saw the presiding officer actually assisting people, which was good. The EBC put what was necessary in place (to address covid19 concerns) and, like anywhere else in the world where there is voting going on, there was no other way than to get the voting done in a safe way.”

First-time voters Christie and Deshuanna Applewhite said while they appreciated they were able to vote, the process was disorganised.

Christie said, “Some people had a bit of confusion with the lines, but the officers later handled everything well.”

She added that she was also satisfied with the covid19 safety measures.

“They (EBC) had everything lined off with tape, they had sanitisation stations as you enter, before you dipped your finger in the ink you were asked to sanitise. So it was clean, for me.”

He voted at the Couva South Government Primary School shortly after the polling station opened.

“I was quite surprised with the long lines so early in the morning. I came early to avoid the long lines but, clearly, citizens have taken this voting exercise very seriously and lined up from very early. It appears that the voter turnout is going to be high.

“The EBC did put things in place in terms of sanitising as you entered the polling station, there were things in place for social distancing and they provided masks. I think the EBC has handled themselves well.”

His sentiments were shared by the PNM candidate for Laventille East/Morvant Adrian Leonce who said the process was smooth.

“I took about 30 minutes and the process moved smoothly and I am pleased with what I saw in there. A lot of people came out early and I think this year we would get a good voter turnout.”

Leonce showed up around 7 am at the Couva Anglican Primary School to vote. 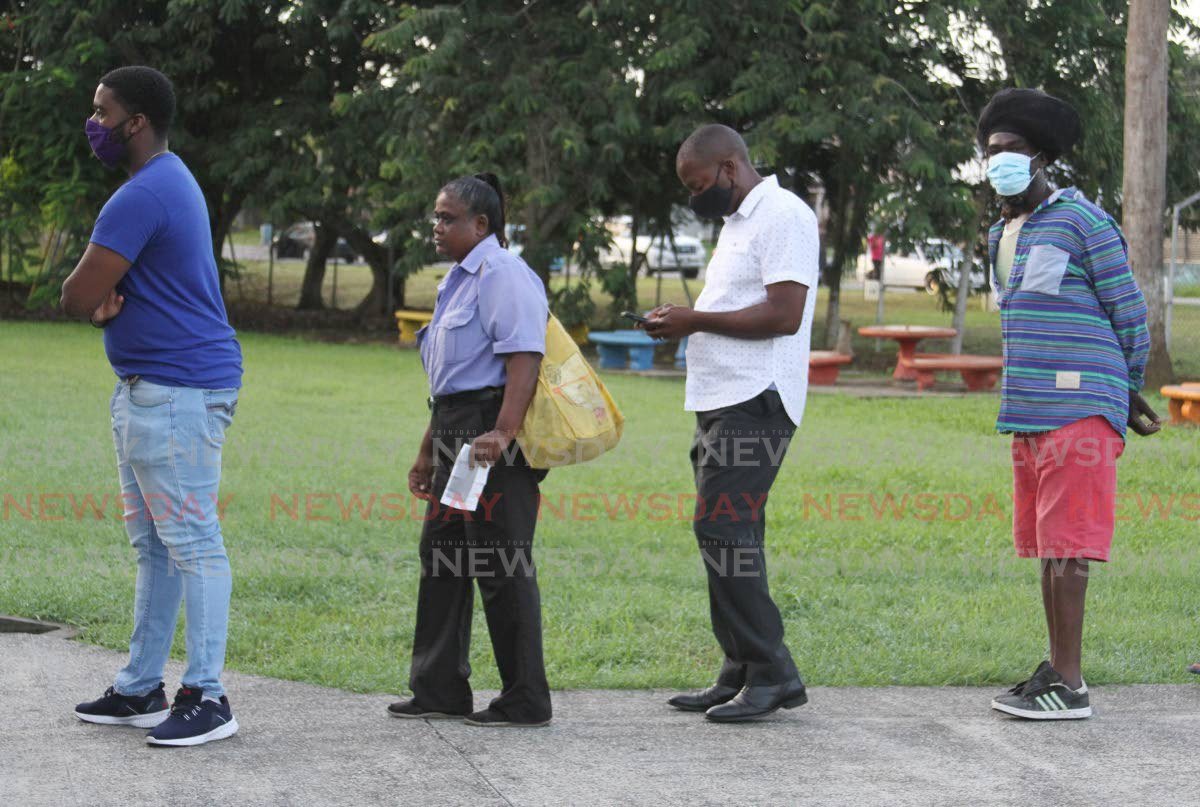