At around 2 pm large branches from trees on Saddle Road, near Estate 101 broke from strong winds making the road impassable.

Fire officers from the Wrightson Road Fire Station went to the scene and removed the branches.

Technicians from the TT Electricity Commission (TTEC) were also called in as some of the falling branches became tangled in electricity lines.

The technicians were still at work in the area up to 6.30 pm.

Newsday went to the scene and was told by TTEC workers that some houses in the area did not have power. 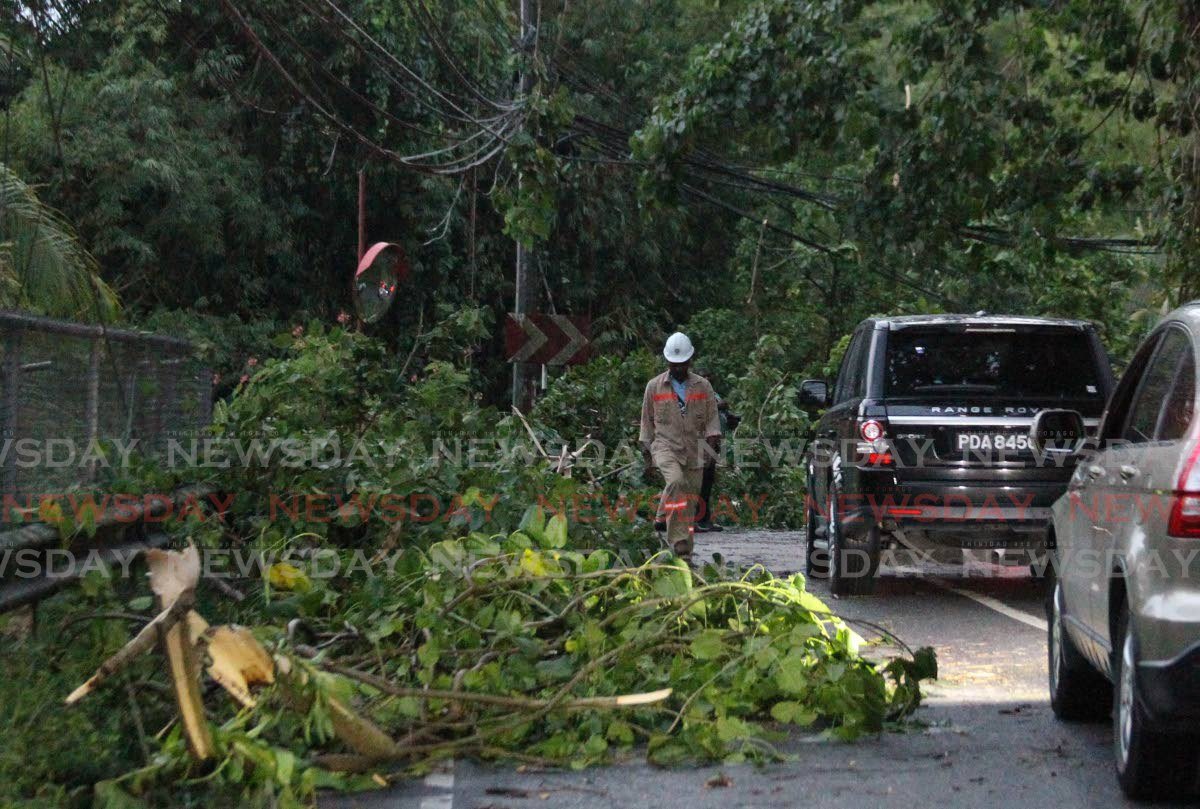