With placards in hand, some residents of Temple Street, Bank Village in Carapichaima staged another protest on Sunday morning demanding that the UNC reinstate Ramona Ramdial as the candidate to contest the August 10 general elections.

Party member Rajesh Rattan said the executive has not been listening to the concerns of the people and called on its political leader to have a meeting with them.

He said, “We are hoping that they would change their minds and give us our representative back. The voice of the people should not be ignored. We are pleading with the political leader to meet with us and discuss why Ramona Ramdial should be retained.

“The party is accustomed to putting whoever they want and not listening to the people and it was about time that it be changed. The blind support needs to end because 'Vox populi, vox dei' as the political leader always says.”

Similar action was taken last week Friday in Orange Field, Couva and there have been talks among the various communities in the constituency to have more.

Ramdial however urged the constituents to support Ravi Ratiram, the chosen UNC candidate.

She said, “I understand emotions are running high, but I ask my former constituents to support the party and the decision taken by the political leader. Couva North is a safe UNC seat and Ratiram has nothing to worry about.”

He added that they were not against Ratiram but believed he could not meet the needs to the constituency.

“There are certain protocols within the party that are expected to be followed without question, and she (Ramdial) is doing just that and we cannot blame her.

“While we support the UNC 100 per cent, I do not think Ratiram is aware of what is going on in the constituency and the issues we face right now.”

Other supporters said Ramdial has been the only MP that has given them support and representation in a meaningful way.

Shalinda Backredee said “This is a peaceful protest and one in which families supported Ramdial. This is a community coming together to say that this is the person who has helped us.

“We are here to voice our opinions and say that we appreciate her and all the work that she has done.”

His relative Rafique Backredee said, because of Ramdial, they now have water, better roads and fixed bridges that have alleviated most of the flooding.

“We are satisfied with her work; we know her and what she can do. Most importantly she is from the area and knows the people and what the community needs.

“We don’t know the next person and we have nothing against him.”

Another resident, Zalika Khan who has lived in the area over 60 years said Ramdial’s contribution significantly changed the outlook of the community.

“We have seen MPs come and go but the work she has done helped us a lot. Yeah, we have minor flooding, but it is nothing compared to what occurred before.

“We don’t want the new representative. We want Ramona back,” she said.

Attempts to contact Ratiram on the issue were unsuccessful. 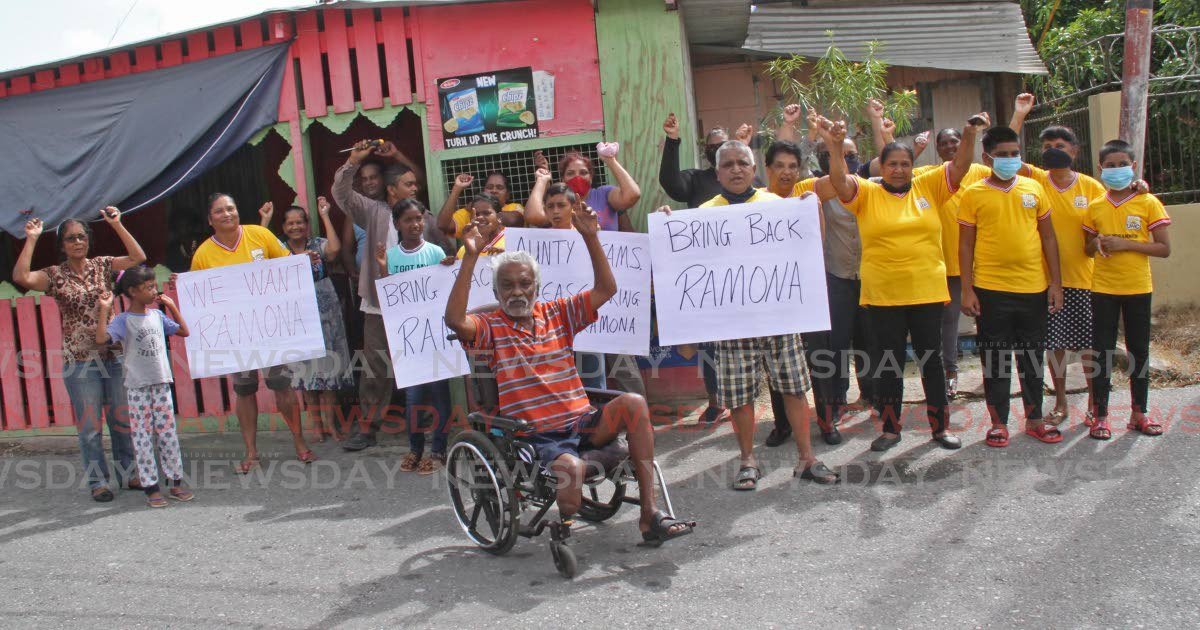